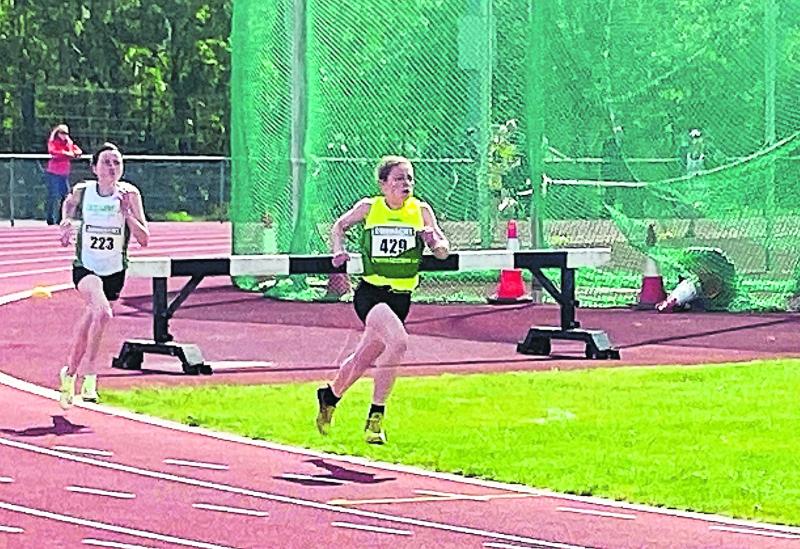 North Leitrim AC's Dean Williams and Sarah Mulvaney Kelly were the big winners at last Saturday's Connacht Athletics U14 to U19 Track & Field Championships in Sligo while there was a new Connacht record set by their clubmate Karen Mulvaney Kelly.

Karen Mulvaney Kelly set a new mark for the provincial championship when the North Leitrim AC athlete clocked a time of 10.02.9 seconds for the U15 2,000m distance, taking 26 seconds off the previous best in an superb display of race walking.

Karen would go on to win another gold medal in the U16 hammer and a silver in the javelin to complete a very successful day. However, her haul of two golds and one silver left Karen behind her sister Sarah and clubmate Dean Williams who both claimed three gold medals on the day.

Sarah's most impressive performance came in a tactical U14 800m where she kicked away strongly after the halfway mark to claim victory in a time of 2.27.9 with Carrick AC's Katie Hunt, making her first appearance at the Connacht championships, finishing tenth in 2.53.4.

Sarah would go on the win the walk, held in conjunction with the U15 and older events, in a time of 10.44.5 and completed her hattrick of golds with a win in the discus where she threw 20.87m to claim first place.

Carrick AC's only medalist came in the U16 boys 800m where Cathal Enright produced a strong run to take second place while clubmates Clara Doherty (U16 1,500m) and Luke Charles (U15 Long Jump) both qualified for the Nationals with fourth place finishes in their events.

Doherty would also finish fifth in the 800m while Charles was seventh in the 100m. Carrick's Julian Bild missed out in the U14 Long Jump by one centimetre as his leap of 4.35m was pipped in the last round for the final qualifying spot.

Sarah O'Beirne brought home a full set of medals with gold in the U18 Hammer, Discus and Javelin while she also led a clean sweep in the hammer with Rachel Keaney and Hannah White, who had finished first and second in the walk, taking second and third behind her.

Drumkeerin's All-Ireland Schools champion Mark Hazlette had a tough day with a fall in his first event, the U15 250m hurdles, not helping his cause. Mark had a heavy fall off the second last hurdle but got up to finish sixth.

In the shorter event, Mark finished third while he also won a silver in the discus.

The top four in all events qualifying for the National Championships in July. The following are the results to hand: 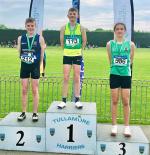