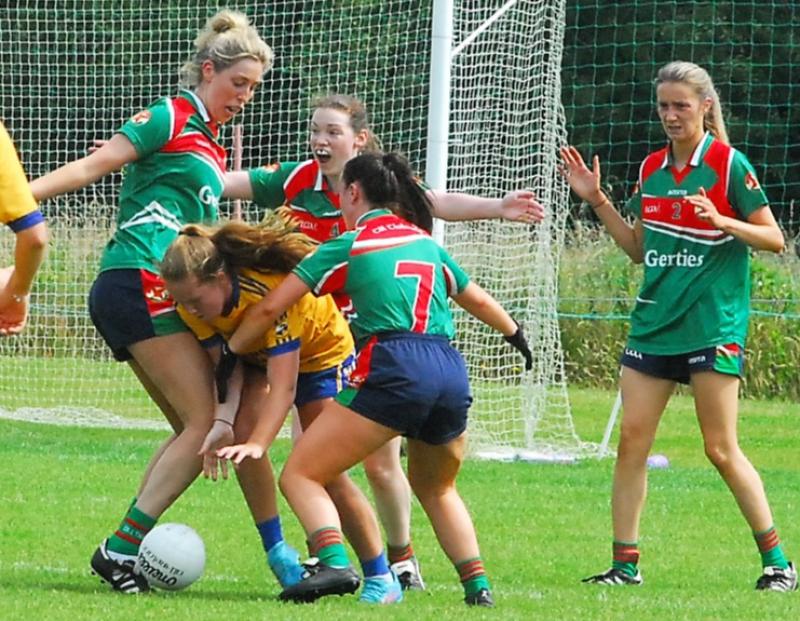 Hard to believe given the final scoreline that this Leitrim LGFA Senior League clash in Kiltubrid was level six minutes into the second half before Muireann Devaney and Glencar Manorhamilton cut loose to turn the game into a possession.

In a game played in blistering heat, Kiltubrid more than matched the county champions for long periods of this game but they lacked the sheer scoring power the Manorhamilton ladies possess in spades.

Everyone knows the silky skills possessed by the north Leitrim women but in this game, it was their workrate and the unglamorous task of closing down kickouts and forcing turnovers that proved most profitable as they kept Kiltubrid pinned in their half for a 12 minute spell that yielded an incredible 3-6!

Glencar Manor might have made this game harder for themselves than they wished by placing Devaney in the unfamiliar centre-back slot, hoping to cut off the supply to the ever dangerous Michelle Guckian but once they reverted to more familiar formations, with Rebecca Rooney moving back to negate the threat of Leitrim's top scorer, this game was never in doubt.

Credit Kiltubrid for their pace, hard running from Aine Redican, Emma Guckian, Ellen Keaney among others  and clever movement saw them deservedly lead before Devaney struck for the first of three goals late in the first half.

Kiltubrid had their goal chances but Michelle McNulty made two vital saves that might have given the home side the boost they needed to get over the line. But in the end, all of Glencar Manor's experience and know-how came to the fore and they were comfortable winners here.

Emma Guckian and Leah Fox swapped early points before a great Aine Redican run led to a Michelle Guckian score and then Riona McKeon was denied a goal by a Michelle McNulty save, the ball going over the bar instead. 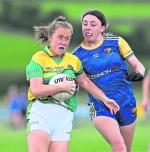 Glencar Manor hit back with Muireann Devaney running in from midfield to score on nine minutes before Ailbhe Clancy fired over a free. Kiltubrid responded with three points on the trot from Aoife McWeeney, Michelle and Emma Guckian to open up a three point lead just after the first water break.

Clancy and Devaney pulled back scores but Riona McKeon finished off a good move to leave Kiltubrid two clear. Guckian and Devaney were both on target as Kiltubrid were holding off the north Leitrim side but all that changed in an instant.

There seemed little danger as Manor played the ball in front of the Kiltubrid defence but Devaney managed to find a gap and her shot from outside the 21 yard line evaded the grasp of Emma Heeran to find the far corner of the net.

Karen Connolly quickly followed up with a point to leave Glencar Manor 1-7 to 0-8 ahead at the halftime break.

Kiltubrid came out all guns firing in the second half and two quick fire frees from Michelle Guckian had them level inside four minutes. But then Glencar Manor seemed to shift gears with Leah Fox sidestepping the defenders to and Ailbhe Clancy pouncing on a poor kickout to score.

Guckian and Fox swapped scores before Devaney got goal number two after another kickout was turned over on 39 minutes with Clancy firing over two quick points.

And the game was put to bed when Devaney hit 1-1 in the space of a minute to leave her team 11 points clear. Michelle Guckian did fire over two frees but Leah Fox slammed the ball to the net to kill off any faint hopes of a revival.

Kiltubrid finished with a Guckian point and a well taken Ellen Keaney goal but a Fox point and a Michelle McNulty save from Guckian confirmed a comfortable 12 point win for Manor.