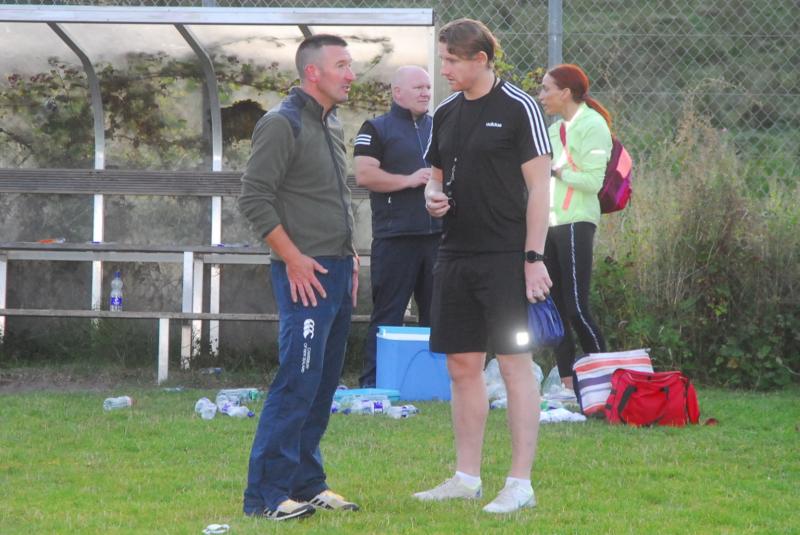 Managers are notoriously hard to please at the best of times so it wasn’t surprising that both Paul Prior and Paddy Dowd saw plenty of work for their charges ahead of the final round of games in the Connacht Gold Leitrim SFC.

Finding the words to analyse a game rationally immediately afterwards is not a skill most people appreciate but there is no doubting that both Paul and Paddy thought deeply about what they witnessed last Saturday.

Leitrim Gaels' Paul Prior at least had the consolation of a comfortable 2-17 to 0-10 victory over Gortletteragh securing his team’s place in the knockout stages but a recurring problem of wasted chances left him feeling there was plenty to work to do: “First half was very poor with the finishing but we had been in the previous two games so we’re working on it. But look, we scored 14 points in the second half, they did rally and sometimes it is hard when a few go wide, more seem to go wide. Once we started scoring, everything seemed to fly over.”

Part of that comes from inexperience at this level as Paul admits “They are a big team, there are an awful lot of lads over six foot but they just have to settle a bit, they are still learning, they are only a few years in senior championship and the more games they play like that, they’ll keep improving.”

The new format of the competition does present some problems for managers Paul admits: “It is a little awkward, even knowing what days you’ll be playing is the most awkward thing but it does keep the interest for supporters, keeps everyone on their toes but you’ve no control over who you’re playing. You just have to beat who you’re playing and that’s all we’re doing at the moment.”

For Gortletteragh manager Paddy Dowd, the task is to coax the performance out of his team that he knows is there: “The last two games, we say small margins, the rub of the green or getting in the referee’s favour but basically we made too many mistakes, we can’t overlook that.

Paddy also paid tribute to Leitrim Gaels for the quality of their performance: “Credit to them, they were very good. We tried to stop them from scoring goals but they got two in the first half. They weren’t able to get through much in the second half but as they say, goals win games, they got two, we got none.”

Yet the former Longford player said he feels the effort his players are putting in is worth a place in the quarter-finals: “In fairness to the boys, you wouldn’t fear anyone and a favourable draw we could get. I just think this group of players deserve to be in a quarter-final, knowing them as I do so hopefully we get a good old draw and get through, it is as simple as that.”