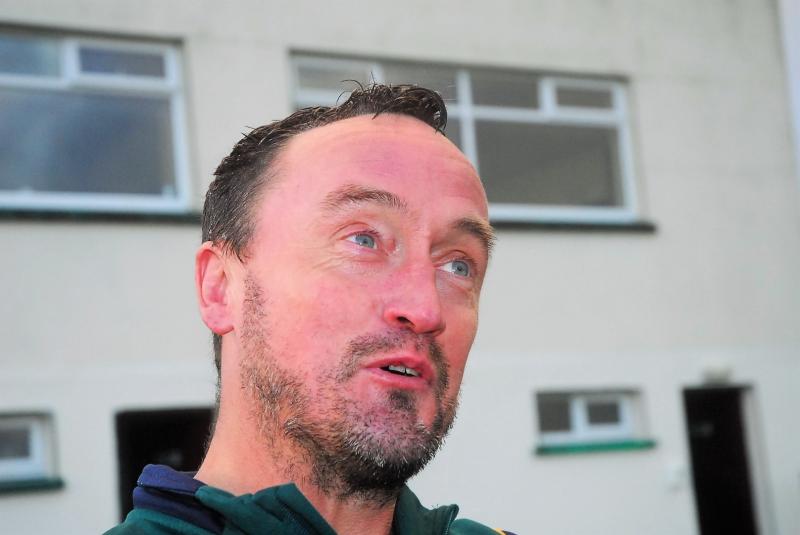 Some days you just hold your hands up and say you were beaten by the better team and that the sense you got from talking to Drumreilly manager Mal Guckian after his team had lost 0-17 to 1-7 against Aughnasheelin last Saturday in the Smith Monumentals IFC.

Drumreilly actually led by a point coming up to halftime but they had no answer to the pace and scoring threat posed by the visitors: “They went that four or five points up at the beginning of the first half and we fought back and got the goal and the scores that we needed.

Martin McHugh's story is one for the ages

Leitrim 1994 goalkeeper launches his autobiography next Sunday, September 11, in the Landmark Hotel in Carrick-on-Shannon at a special free event

“We were right back into it but near the end of the first half, they got two scores, lapses of concentration to finish off the first half. Even though the black card was there, I didn’t think it made much difference in these conditions.”

In fact, Mal believes the black card might have helped Aughnasheelin: “It did focus them, they’ve a good young side and they dropped their half-forwards back to try and soak up the pressure and hit us on the break so there was always a danger of that.

“They got the run of scores, four or five points and in fairness to Fitzpatrick he is in massive form, hats off to him, he is one of the best free takers in the county at any level. “Even though the game was getting away from us, there were two balls that were punched over the bar and I’d have loved to see them rattling the back of the net but that’s what you need.”

With Drumreilly struggling to get support and accurate ball to Conor Gaffney and Declan Maxwell, Mal admitted the threat posed by Aughnasheelin on the break coloured his thinking: “We knew the speed of Aughnasheelin so we couldn’t sacrifice everyone going forward and leaving that gap there.”

As for the rest of the championship, Mal hopes his injury list will be alleviated for the visit to Drumkeerin in the final: “We just have to knuckle down and do it. We have bodies back, we had a few lads back and we have a few options but there are still a few lads carrying knocks but they’ll die for the cause here and that’s what you want to see.”