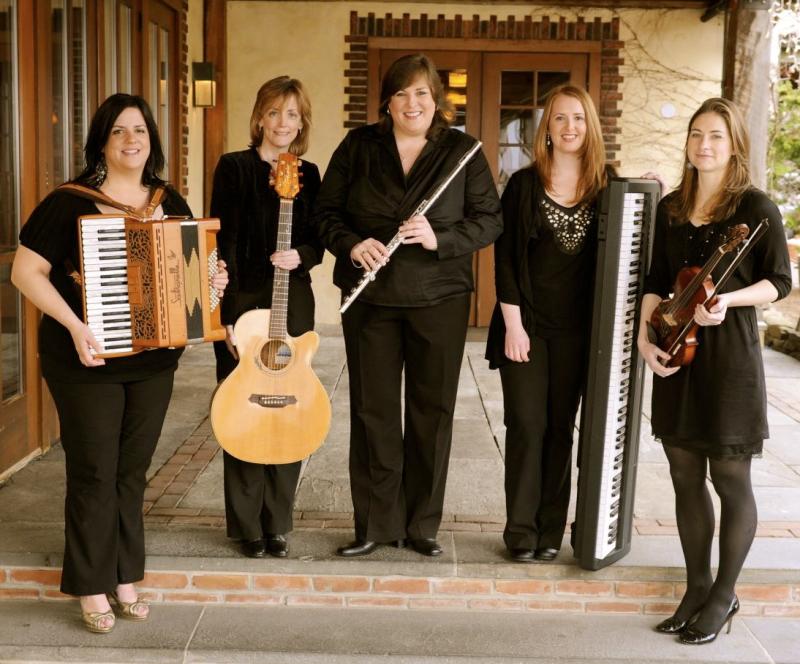 Cherish the Ladies, the all female super group, will perform at the O’Carolan Harp Festival on Sunday, August 6 in St. Ronan’s Hall.

The group began a concert series in New York in January, 1985, the brainchild of Mick Moloney, who wanted to showcase the brightest female musicians in America in what had been a male dominated scene.
The group took its name from a traditional Irish jig called ‘Cherish the Ladies’. Their leader, Joanie Madden, was born in the Bronx, New York to Irish parents and is an all-Ireland champion on the flute and whistle. She became the first American to win senior all-Ireland championship on the whistle in 1984. Since 1985, she has been the central force behind Cherish the Ladies, driving them to international acclaim.

Over the course of the past 33 years, the band have played in the finest concert halls and have performed in North and South America, the UK, Europe, New Zealand & Australia. They have played in the White House and at the Olympics.
The other members of the group are Mary Coogan from New York on guitar, Mirella Murray from Connemara on accordion, Grainne Murphy from Boston on fiddle and Kathleen Boyle from Glasgow on piano.
Their continued success as one of the top Celtic groups in the world is due to their ability to take the best of Irish traditional music and dance and present it in an immensely entertaining package.

They are in constant demand worldwide as their reputation and admiration from both fans and critics alike continues to grow.
A night not to be missed in Keadue, tickets can be booked on line at www.ocarolanharpfestival.ie or by phone (087) 2559269.