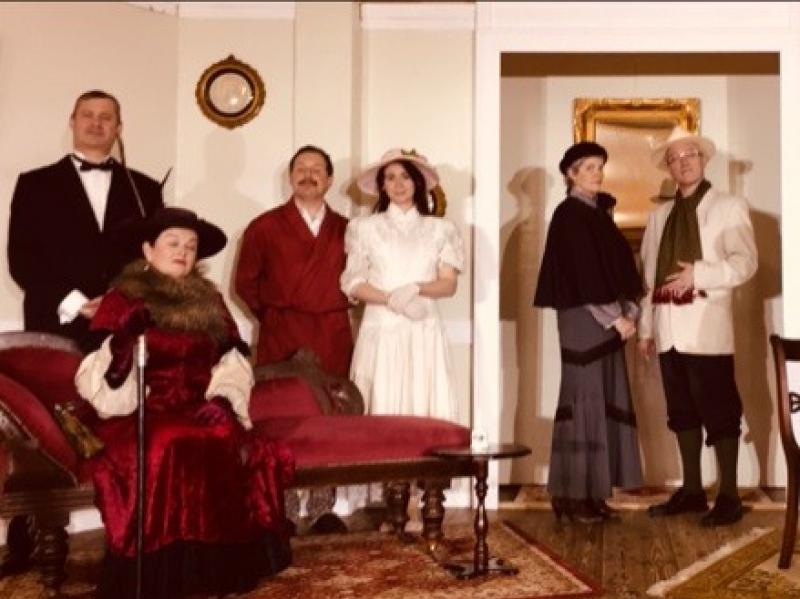 The Lough Gill Players are delighted to present the classic comedy 'The Importance of Being Earnest' by Oscar Wilde with upcoming shows scheduled for The Glens Centre, Manorhamilton and The Blue Devon, Dromahair.

'The Importance of Being Earnest' is the story of two bachelors, John “Jack” Worthing and Algernon “Algy” Moncrieff who create alter egos to escape their tiresome lives.

In their attempts to win the hearts of two women who, conveniently, claim to only love men called Ernest, the pair struggle to keep up with their own stories and become tangled in a tale of deception, disguise and misadventure.

In this elaborately plotted classic that ridicules Victorian manners and sensibilities and where no one seems to be who they say they are, we are introduced to the art of bunberrying, cucumber sandwiches, the formidable Lady Bracknell and the difficulty of producing parents when ones first memories are of the cloakroom in Victoria station.

The Lough Gill Players have already performed 'The Importance of Benig Earnest' in Killenummery in aid Pieta house raising €390, while the recent performance in The Hawkswell Theatre, Sligo saw funds raised for SHOUT and The North West Hospice.
The Lough Gill Players Annual appearance in The Glens Centre on Wednesday, April 11 and Thursday, April 12 at 8.30pm promises to be a wonderful evening's entertainment.

The Lough Gill Players will also appear in The Blue Devon, Dromahair on Friday and Saturday, April 20 -21.

So come along and immerse yourself in Oscar Wilde's “Trivial Comedy for Serious People”.

The Lough Gill Players are delighted to present the classic comedy “The Importance of Being Earnest” by Oscar Wilde. #Leitrim

Pan Pan Theatre presents The Importance of Nothing in Virginia, Co Cavan