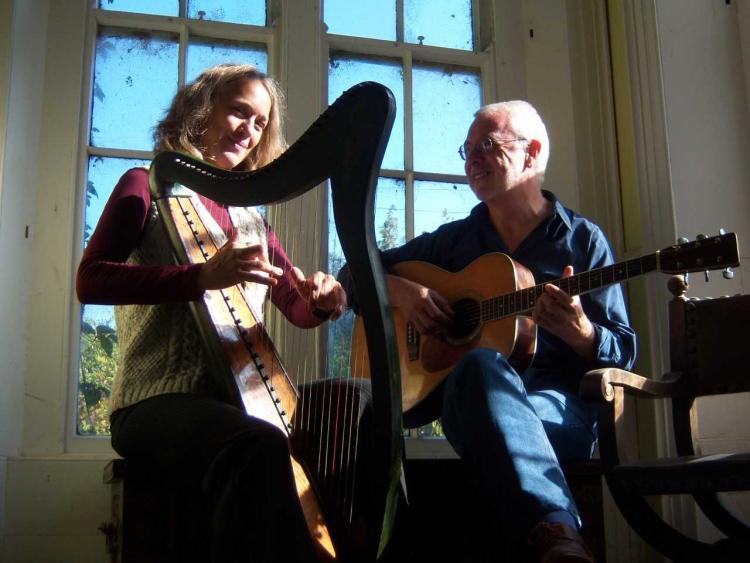 Amala is the duo of Reidun Schlesinger (harps) and Paul de Grae (guitars) and they will peform their barrier breaking music in The Glens Centre  this Friday, June 14 at 8pm.

They play music from several centuries, in original arrangements. The core of their repertoire is Irish: traditional Irish tunes, and music from the Irish harp repertoire; they also play tunes from various continental European countries, Renaissance and early classical pieces, some jazz, and their own (rather jazz-tinged) compositions.

Reidun is originally from Belgium and has lived in Kerry (south-west Ireland) since 2008; she has considerable experience of playing solo and in bands in Belgium, Germany and France, and recorded three CDs with the Belgian band Amorroma.

From Dublin, but now also based in Kerry, Paul has played and recorded with Matt Cranitch & Jackie Daly, Aoife Ní Chaoimh & Paudie O’Connor, and the trio Smoky Chimney, among others. In 1989 he published “Traditional Irish Guitar”, the first such tutor book; and he has written for The Companion to Irish Traditional Music, An Píobaire and other publications.

Also read: Enjoy a hot summer of entertainment in The Glens Centre, Manorhamilton