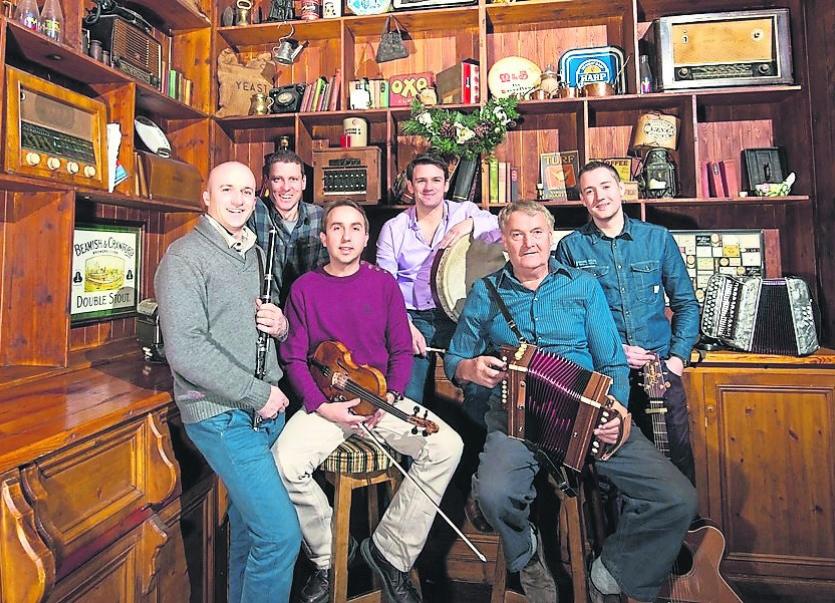 Traditional music band Téada and Seamus Begley play Keadue on August 4. This year there is a packed programme of events for all ages and to suit all levels of musicians

Among the highlights of the O’Carolan Harp Festival over the years is the appearance of Liam Purcell and his many friends. Liam, a famous button accordion player from Crossna and now living in Dublin, never fails to play at this annual event.
Liam has toured with Comhaltas Ceoltoírí Eireann on many occasions appearing at concert venues in various cities throughout the world.
He is the leader of the O’Carolan Country Ceili Band playing at one of the Summer School céilíthe on Tuesday night, July 30 and at the Door Dancing on Monday, August 5.
He will also be participating in the numerous music sessions throughout the Festival and Summer School.

One of the highlights of the O’Carolan Summer School in Keadue is the concert to be held on Thursday, August 1, at 8.30p.m.
This is always a popular concert of traditional music, song and dance when Ireland’s leading artists will be performing.
The tutors at the Summer School take part in the concert and the MC for the night is Deputy Eugene Murphy.
The following artists will be performing: Grainne Hambly, Alisha McMahon, Eilish Lavelle, Angelina Carbury, Michael Hurley1 Junior Davey, Dan Brouder, Padraig Sweeney, Lorraine Sweeney, Mossie Martin, Gearóid O’Catháin, Clare Bohan, Siobhan O’Donnell, Nada NíChuirrín & Gerard Butler.
A great night’s entertainment is guaranteed

Arts & Crafts
Among the attractions at the O’Carolan Harp Festival in Keadue will be the many craft exhibitions and demonstrations which will take place on Sunday, August 4.
The craft demonstrations have become very popular over the years where visitors to the festival can see for themselves the skills involved in wood turning, pottery making, etc.
Moran’s Mega Jam from Ballinagh, Co Cavan, will have jams, chutneys and relishes all on sale. There will be many other exhibitors of crafts and food present on the day.
While the craft exhibitors will also be only too willing to explain the amount of work involved in producing their goods, all items produced will be for sale.
Anybody interested in either exhibiting or demonstrating their products can get more information by emailing:- mccabe.chloe@gmail.com