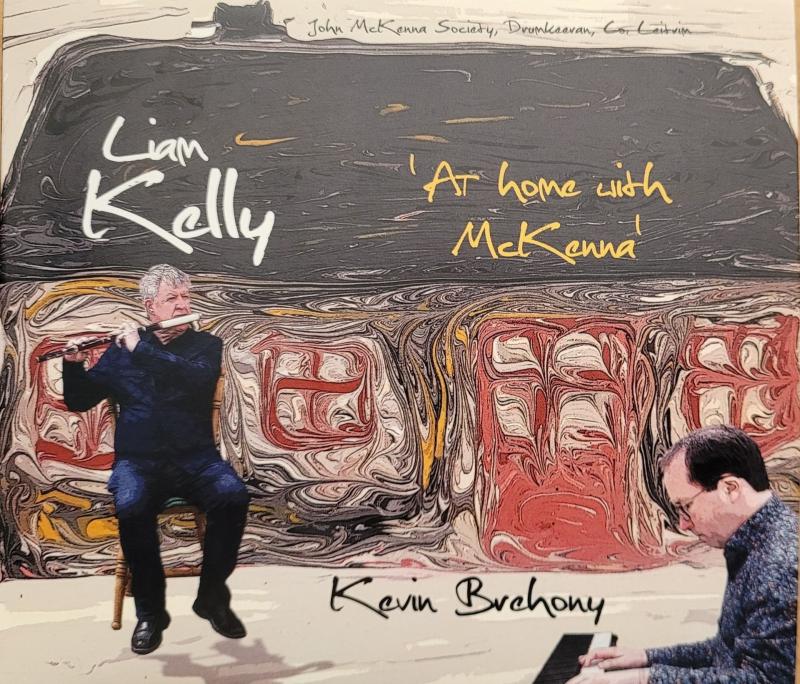 At home with McKenna

Creating a new album of music is exciting, recording it inside the home of one of the most important flute players in Irish traditional music is special, but recording a new album in John McKenna's homestead playing on of his flutes which dates back to the early 1800s is extra-ordinary.

‘At home with McKenna’ is a new album launched this Summer from McKenna's homestead at Tarmon, Drumkeerin and recorded by Liam Kelly and Kevin Brehony.
Well known Liam Kelly is a founding member of Ireland’s internationally renowned and award-winning traditional band Dervish. In a career spanning 31 years, which they celebrated in 2020, Dervish have produced 14 albums and have toured worldwide. 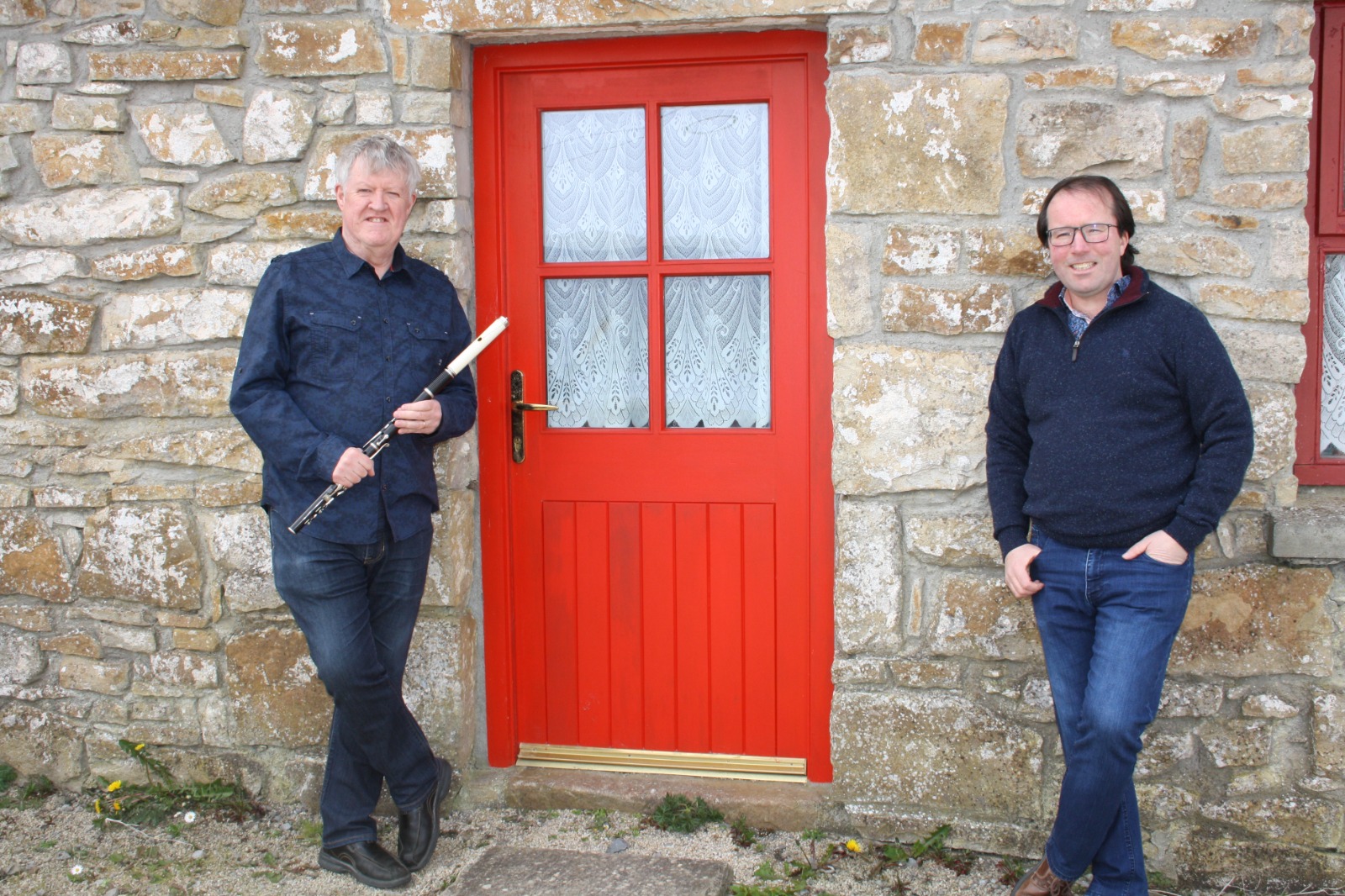 Liam Kelly and Kevin Brehony outside McKenna's homestead in Drumkeerin

Kevin Brehony on piano hails from Calstlebaldwin, Co Sligo and has a long-standing empathy and a deep-rooted understanding of McKenna’s music. Kevin was first introduced to the music of John McKenna in the 1990s and has been involved with traditional music in the area ever since. Kevin has featured on many acclaimed recordings associated with the music of Sligo and Leitrim.

The album which is available as CD, download and vinyl. The vinyl is a nod to the wonderful 78s recorded by McKenna in the early 1900s in New York, critically important recordings which have influenced and guided the course of flute-playing to this day.
Next year will marks 100 years since John McKenna first recorded his music.
The crowning glory of this very unique and special album is the Concert D flute.
This flute played by Liam Kenny is believed to have originated in the 1830s.
The flute is concert-pitch D, eight-keyed, cocuswood and ivory. It has a scar or two.

It’s widely believed that it originates in Litchfield, Connecticut in the 1830s, likely made by local craftsmen as a cheaper copy of the exclusive concert flutes being sold and circulated at the time.
It doesn’t have a maker’s stamp (thus avoiding any potential copyright issues) but is no less special for that.
It is not known how the instrument came to McKenna, but it’s believed he played it on at least some of his concert-pitch recordings. 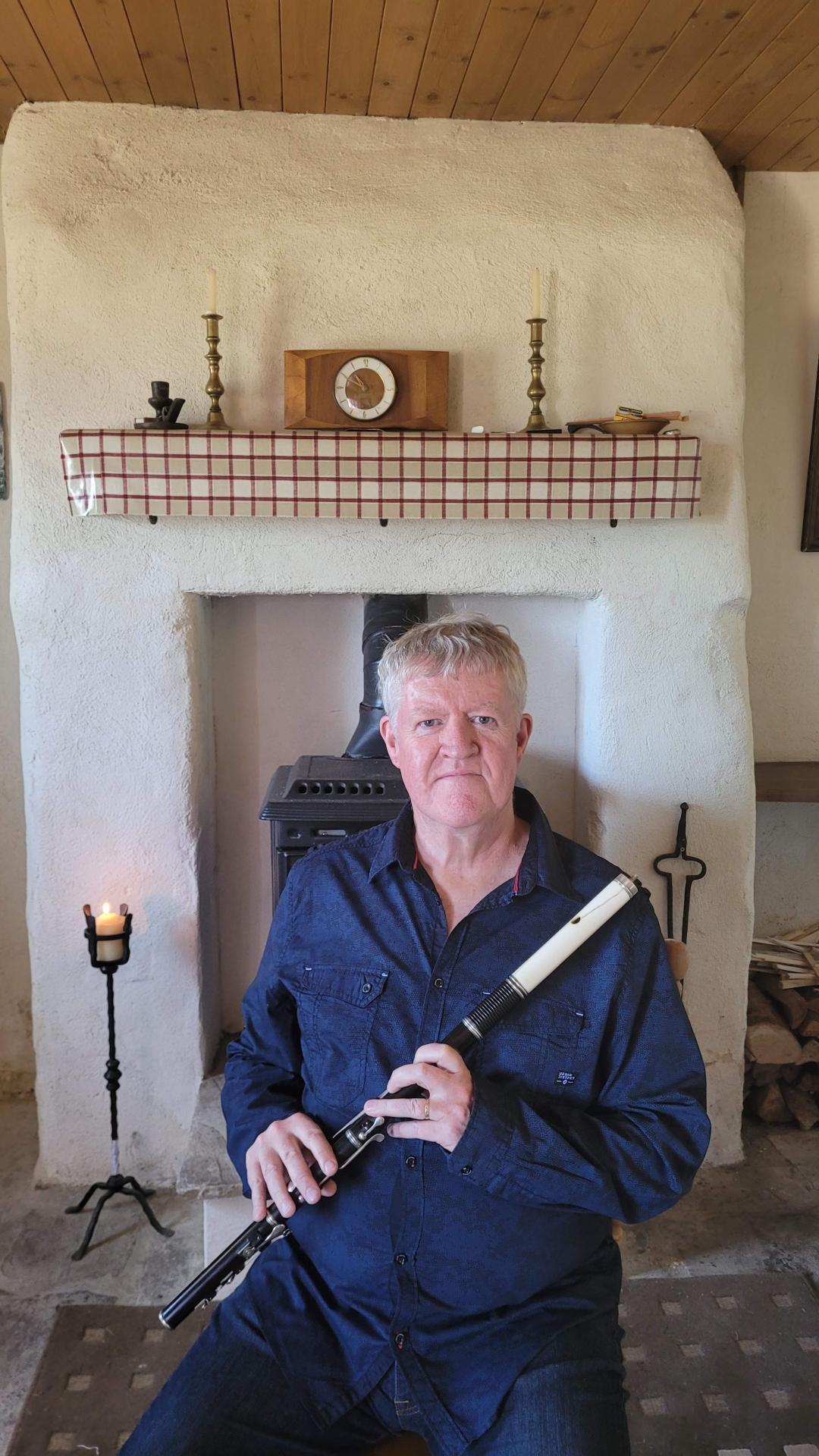 McKenna sold the instrument to his friend Joe McAuliffe in New York in the late 1930s and it passed down to his nephew, John McAuliffe, who agreed to send it to the John McKenna Society for the launch of brilliant album and booklet The Music and Life of John McKenna: The Buck from the Mountain in 2014.

The flute was in fairly good condition, but a crack in the ivory head joint across the embouchure hole made it unplayable.

It was restored by Hammy Hamilton in Cork (this meticulous work of restoration done as a labour of love, Hammy honoured to give his time and expertise for the cause of music and the circle completed) and played in style at the launch of The Buck.
It might have gone back to New York but for the tightening up of the international ban on the export of ivory introduced while the flute was in Ireland.

John McAuliffe donated the flute to the John McKenna Society, and it will remain in Ireland.
McKenna's flute, in McKenna's home doing exactly what it was intended for; making beautiful music.

‘At home with McKenna’ is available at www.johnmckenna.ie

Back at The Dock this weekend with Trad and Jazz