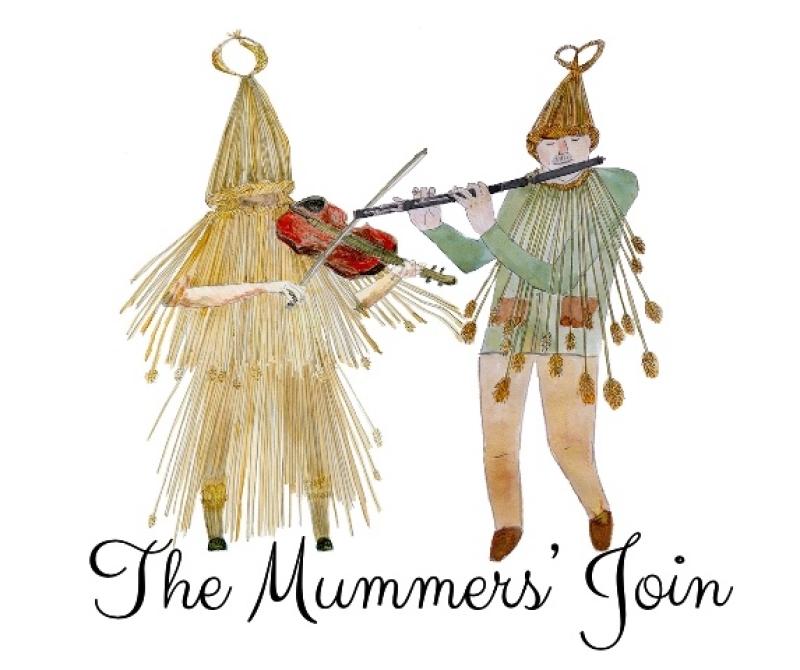 “Are you heading for the Join?” A common phrase used not all that long ago in Leitrim if there was a night of craic ahead. A join means a party; a gathering of a community to celebrate with music, song, dance and food and that’s exactly what the mummers in Leitrim are looking to do in 2022.

Thanks to the support of the Heritage Council of Ireland and Leitrim County Council Heritage Officer, The Mummers’ Join project seeks to rejuvenate the mumming tradition across the county this year. Led by artist Edwina Guckian, communities are being called to grow oats, harvest the crop for straw in Autumn, learn how to make the mummers costumes, join a mumming group to go from house to house in December, march in the Mummers’ Parade and conclude with the Mummers’ Join at the end of the year - a huge celebration to mark the collective efforts made by the community.

Local artists are being commissioned to create new Mummers’ plays, music, song and dance and share them with all hoping to take part in the formation of new mummer groups as well as collaborating with renowned mumming groups in the area who have kept the tradition alive.

Mumming was a big tradition amongst the people of Leitrim for the past century or more. You didn’t have to be a renowned music, singer, dancer or actor to take part. The mummers welcomed all to get involved. At Christmas, they would call from house to house in their locality, dressed in funny disguise and straw costumes bringing luck to that household for the year ahead.

There would be great rivalry from one group to the next and you didn’t dare cross into each others territory or all kinds of tricks and devilment would ensue. It was bad luck not to give the Mummers some food, drink or money which was saved to put towards the party. At the end of Christmas the Mummers would host this big party for themselves and all those they called to and this was called the Mummers’ Join.

The first event to kickstart The Mummers’ Join project is Sunday 8th May at 12 noon - A Meitheal on Tommy Earley’s Mount Allen Eco Farm on the shores of Lough Allen. Tommy has kindly shared a large plot of land with us for the project. He has ploughed and harrowed it in preparation and next Sunday you are invited to come and sow oat seed on the land; the first step in making the mummers’ costumes.

“It’s a fantastic opportunity to gather the community together to sow the seed just as generations before us did on their farms. Neighbours all helped each other out until all the hay and crops were saved. We want to bring the meitheal to life again! This isn't a new concept, it's an old tradition that we're trying to shine the light on again,. And it's not confined to Leitrim and it's people; anyone can take part and bring this idea back to their own county. It’s also a wonderful chance for people to reconnect with the land, particularly those that don’t own a plot of land but want to participate in the project and grow oats. Everyone is welcome! The more ages, nationalities and cultures that take part, the more we learn and grow as a community.” - Edwina Guckian

Tommy Earley will be on hand to offer advice on soil preparation and sowing as well as benefits on the environment and biodiversity and Edwina Guckian will supply certified organic oat seed for anyone that wants to take some home. In Autumn everyone will be invited to gather on the farm again to harvest the oats and straw for making the mummer costumes.

Following the sowing of the seed on Sunday, there will be a workshop with The Mummers’ Join partner project, Sowing the Seed, in making the straw rope for the súgán chair and the straw will be provided from last year’s successful harvest. If you have a chair you’d like to reseat then bring it along.