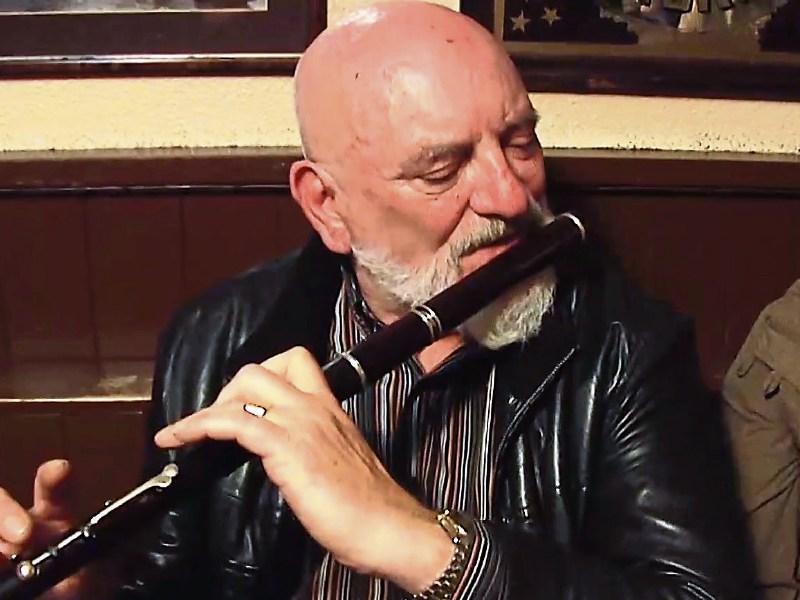 The legendary Matt Molloy of The Chieftains

As part of the exciting new series of events taking place in King House, Boyle (May 18 -21), Follow the Tune is delighted to welcome Matt Molloy (flute), John Carty (fiddle) and Brian McGrath (piano) in the finale concert of the weekend.

Probably the most exciting trad combination of recent times, Matt Molloy and John Carthy together with Brian McGrath are taking part in the Follow the Tune festival in King House,Boyle on Saturday May 21.
Together they will explore the rich and varied tapestry of the fiddle and flute tradition of North Connaught.
Matt over the years has been a member of the Bothy Band, Planxty and the Chieftains. His three solo albums, as well as his trio recording with Tommy Peoples and Paul Brady in the late 70s brought flute playing to a new level.

Born in London but living in Boyle for over 25 years, John Carty has established himself among the elite of Irish traditional musicians. With three solo fiddle albums, two banjo albums, two group albums and a sprinkling of recorde tenor guitar and flute music recordings under his belt, John Carty’s musical prowess has grown to great heights. He is also a member of the bands At the Racket and Patrick Street.
Most recently John arranged and played all the traditional music elements in the film Brooklyn. Both Matt and John are recipients of the prestigious TG4 Musician of the year Award. They are delighted to be joined by much sought after pianist, Brian McGrath.

His subtle and imaginative playing is the perfect accompaniment to Matt and John’s unique duet. Brian has toured extensively, playing with all the biggest names in Irish traditional music, including Frankie Gavin, Noel Hill, John Carty, Matt Molloy, and Eleanor Shanley to name a few.
For full details and bookings visit www.artscope.ie

Over four days (May 18-21) Follow the Tune will create a microcosm of the wider North Roscommon music landscape, within and around King House, through live-music, audio/visual posts, conversations, lectures and a general sharing of legacy.
The events will range from concerts curated by top musicians, to workshops and discussions will also be held in advance of concerts.