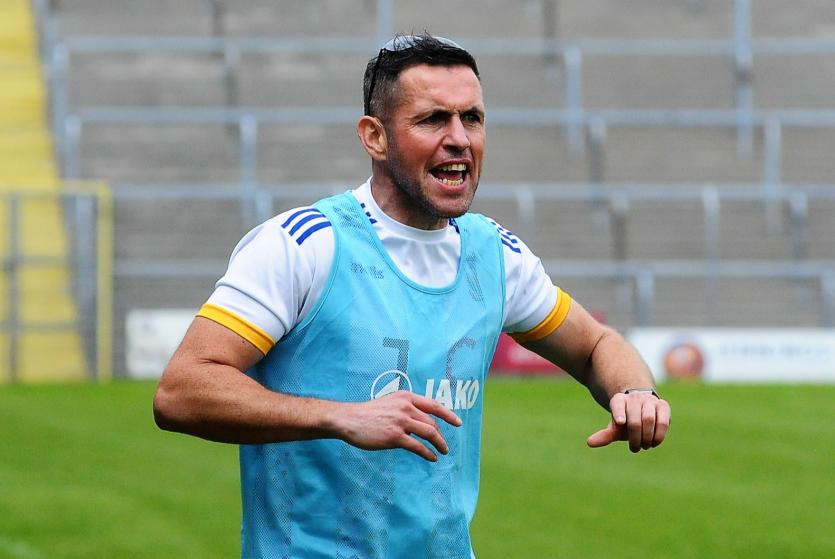 Having urged his players not to let the opportunity pass them by, Padhraic Corrigan simply asked his Glencar/Manorhamilton troops “Why stop there?” after they stormed to a first ever Connacht LGFA Intermediate Club title in Markievicz Park on Sunday.

In the preview to Saturday’s Final against Geevagh, Padhraic has stressed that he wanted his Glencar/Manorhamilton team to take their chance now because they never know what is coming down the road. And they certainly did that as they stormed to a 3-15 to 1-12 victory!

But when asked if his team had taken his words to heart, Padhraic replied “Absolutely” before adding “But now that they are there, why stop there?”

HIs question, however, came with an implicit challenge because the Manor manager knows how hard it can be to retain the Leitrim Senior crown: “Our toughest games was always in Leitrim. Kiltubrid two years ago, St Joseph’s, last year Ballinamore and all that.

“So we have to win back and get back to this kind of level because that is where those girls deserve to be. They’re damn good footballers and they deserve to be at the top.”

Lest you think that Padhraic was not savouring the moment by setting targets for the future, nothing could be further from the truth as he revelled in the victory: “It is huge for the club, it is huge for those girls because a lot of them have been involved with, as I said to you in the interview earlier in the week, the schools and didn’t get to play Connacht Finals and All-Ireland Finals.

“This is where they belong and there are footballers in Leitrim, damn good ones and they just need the backing.”

GALLERY: All the pictures from Glencar/Manorhamilton's victory in Markievicz Park

Admitting there were nerves early on, Padhraic was not surprised: “We’re not just talking about the girls there, no-one in the club has been at this level so it is bound to be nervous and stuff like that but look, nobody remembers them now.”

Looking back on the game, the Glencar/Manor boss pinpointed Geevagh’s strength down the middle but countered it by spreading the ball wide: “Once we got ahead there, we were never not going to score so we expected them to come at us and down the middle, that’s what we knew and if you noticed there, we got everybody back and then we go wide.

“We keep it out of contact and that’s what we do, because you see the speed and the fitness you saw there, they were just immense. I say that all the time about them, they can always go to the next level.”

LISTEN: Player of the Match Leah Fox wants Glencar/Manorhamilton to push on

Put to him that it was an all round team performance, highlighting the performances of Eadaoin Clancy, Dearbhla Rooney and Mary Alice Maguire to compliment the county trio of Leah Fox, Muireann Devaney and Ailbhe Clancy, Padhraic pointed to the ability to create space for their dangerous forwards: "They cover the ground and the three stars that you mentioned, they need space, they are all able to create a lot of it themselves.

"But they still need the space so they have to work, keep wide, out of contact, getting overlaps going, then Geevagh have to go left or right, make decisions and that’s how you get around it. It doesn’t always work to plan but today it did.”