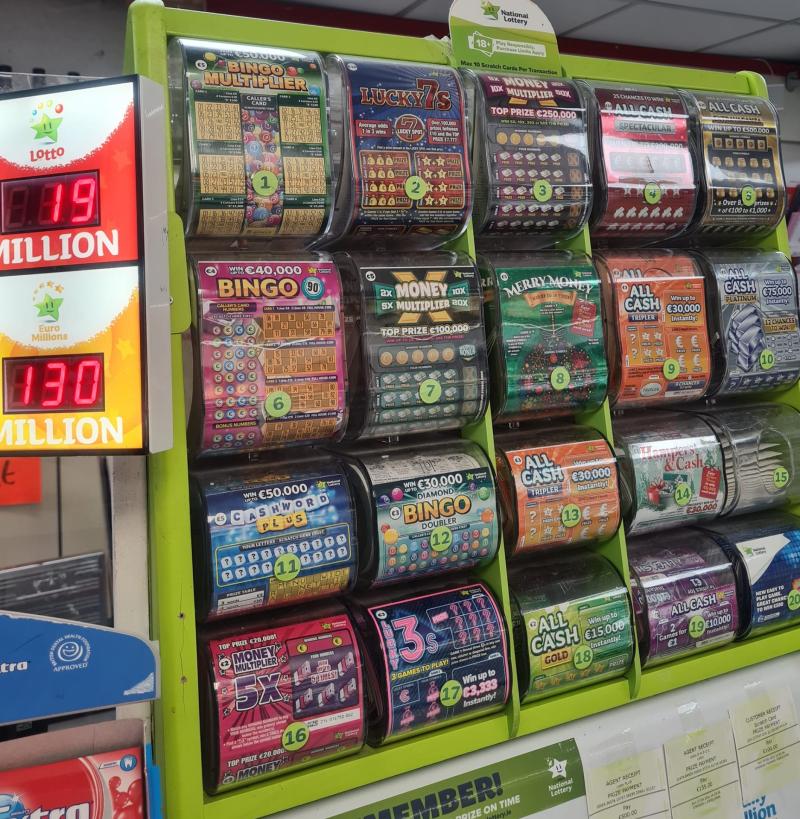 Update: The Leitrim Observer has been informed that the scratch card winner from Murphy's Ballinamore has won much more than €50,000...

The punter from Aughnasheelin has been informed from the scratch card company that his winnings is actually infact: €500,000!

Shop owner Philip Murphy who sold the winning scratch card said, the winner called him this afternoon to say that the lottery company has confirmed the cash prize is in fact €500,000. While the winning ticket had read 50000 but underneath the numbers were small letterings which indicated the real prize. The winner had looked at the letters with a magnifying glass before being told his winnings are ten times what he first expected!

What a story and what a prize!!

Lucky Murphy's strikes again! A local Ballinamore person was won €50,000 cash from a scrach card from Philip Murphy's shop in Ballinamore this morning.

Philip Murphy told the paper the winning scratch card was an "All Cash Extravaganza" and he was delighted to report the winner was "a local and a regular customer."

The scratch card which retails for €20 is a popular gift item, but the local winner had bought the scratch card for themselves and will now have a very "merry" Christmas!

Murphy's Foodstore on St Bridget Street, Ballinamore is home to a number of lotto and scratch card wins over the years and has earned the local name of "Lucky Murphys."

The innovative shop has also been making a name for itself as a treat haven and attracts young and old from all around for it's selection of ice cream and desserts. The shop now serves a large variety of icecreams, desserts, crepes and waffles and despite it being the end of November the demand for icecream has not weaned in Ballinamore!

Leitrim still has the highest rate of Covid in Ireland