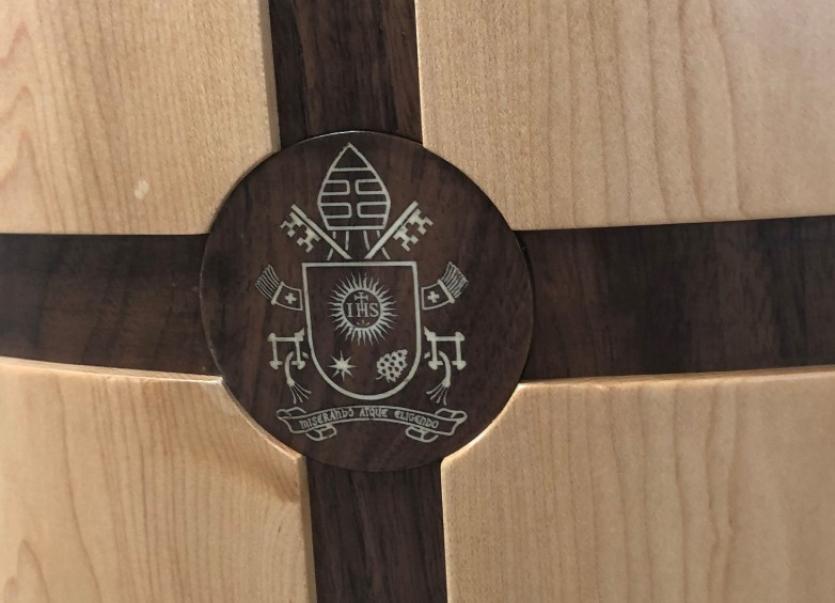 Dromod based company ICS Furniture have given a preview of a seat they have been commissioned to make for the upcoming visit of Pope Francis.

Having worked on the extensive refurbishment of the Basilica in 2015, the company have once again been called upon to produce a special chair for Pope Francis to be used by him during his silent prayer this Sunday morning.

The chair will be positioned in front of the gable wall in the Apparition Chapel and will be on permanent display there following the visit.

Having himself delivered the Papal Chair to Knock this week, Gavin Duignan MD of ICS Furniture commented “For the past few months we have worked with Fr. Richard Gibbons PP and Rector at Knock to come up with the design of a contemporary chair with a distinctly Irish feel which is also in keeping with the Basilica itself.

"Our design team here in Dromod along with our craftsmen have put in many man hours to ensure this Papal Chair was created to the highest standard. It has been a great honour to work with Knock once again on this project.

"There is great excitement here over the last few weeks as we made the finishing touches to the piece and we are looking forward to seeing it being used on Sunday”.

Sneak Peak!
We have been working behind the scenes for a number of months on a specially commissioned chair for Pope Francis to be used by him during his silent prayer this Sunday morning. #PopeInIreland #papalvisit @joelittlerte @rtenews @bbcnews @ShannonsideFM @LeitrimToday pic.twitter.com/1z5rztrabU

A reminder has also been issued that there will be a number of road closures on Sunday due to the visit of Pope Francis. Anyone travelling towards Knock or Galway on the N17 is advised to familarise themselves with the detours that will be in place.