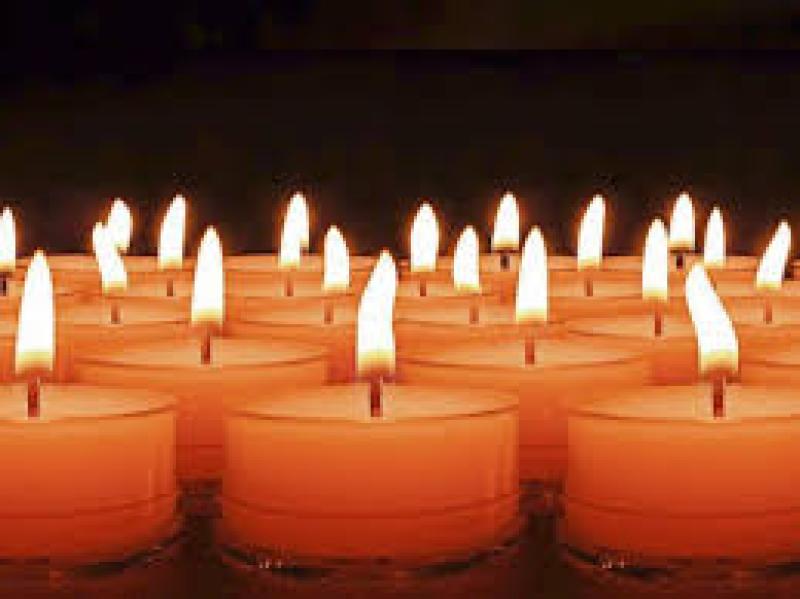 Siobhan O'Carroll, No.3 Allingham Court, West End, Bundoran, Co. Donegal. Thursday 8th Sept 2022, peacefully surrounded by her loving family at Donegal Community Hospital, Donegal Town, after a long and courageous battle bravely borne. Predeceased by her parents Jack and Kathleen, her brother George and her beloved sister Jacqueline. She will be sadly missed and never forgotten by her heartbroken son James, her brother Declan (Eleanor), her sisters Annette (John Hargadon), Eileen (Martin Egan) and all her many nieces, nephews, grand-nieces, grand-nephews, relatives, neighbours and friends.

Reposing at Breslin's Funeral Home, West End, Bundoran, (F91E92F) on Friday evening, 9th Sept., from 4pm to 8pm. Removal from the Funeral Home on Saturday morning, 10th Sept., at 9.40am to arrive at the Church of Our Lady Star of the Sea, Bundoran for Mass of the Resurrection at 10am. Burial afterwards in St. Ninnidh's Cemetery, Newtown, Bundoran. Siobhan's Funeral Mass can be viewed live on www.magheneparish.ie

The death has occurred Fr. Florian Farrelly, Franciscan Friary, Rossnowlagh, Co. Donegal and formerly of Multyfarnham Friary, Co. Westmeath. Following a road traffic accident. Fr.Florian has returned to his loving God. Predeceased by his brother Fr. Paschal. Fr. Florian will be sadly missed by those who knew him, his sudden death is a hugh loss to his sister Mary, to the Franciscan community in Ireland and all those who know and loved him. Funeral Arrangements Later

Ciarán will be reposing at his home between 4pm and 7pm on Thursday the 8th of September (H14 E927). Removal on Friday the 9th of September to Mount Jerome Crematorium in Dublin, with service being held in the Victorian Chapel at 10am. Family flowers only. Donations, if desired, to the Irish Cancer Society.  https://www.justgiving.com/fundraising/rememberingciarancrummey

It is with profound sadness that we announce the death of Pat Britton, Donegal Town, originally from Ballyshannon. Pat passed away peacefully, with family by his side, after a hard fought battle with cancer. Beloved husband to Mary (his current wife as he would call her for the past 50+ years), worshiped father to Tara (Scott), Greg (Lynsey), Nikola (Jamie) and Lynette (David), doted grandfather to 10 wonderfully behaved grandchildren. Predeceased by his parents Pat & Una Britton and brother Ernan.

Pat leaves behind a legacy within Donegal Town and beyond. Founder and master of Britton Insurance, which recently celebrated 50 years in business; community focused, Pat was a true gent whether from behind a desk or at his bar stool in various fine establishments throughout Donegal Town. Pat has had many passions throughout his life, Donegal being a major part of it. An avid philanthropist, Pat also loved show jumping, running, rowing, rugby, golf - basically, if he could support sport and local clubs he was on board. He will be greatly missed by family, friends, his staff, colleagues and many acquaintances he made throughout his 70+ years. He was loved and will be truly remembered by all.

His remains will repose at Gallagher’s Funeral Home, Station Road, Mountcharles, (eircode F94 WN24), on Saturday, 10th September, from 2pm until 6pm. Removal from there on Sunday morning, travelling via his business premises on Tirchonaill St., Donegal Town, going to St. Mary’s Church, Killymard, for 11am funeral Mass, with burial afterwards in the local cemetery. House strictly private, please.

The death has occurred of Edward (Eddie) Lyons Lucan, Dublin and formerly of Chapel St., Ballyshannon, Co. Donegal and Corry, Belleek, Co. Fermanagh, on the 5th September, peacefully, at Our Lady's Hospice, Harold's Cross Dublin. Remains will repose at the residence of his niece, Maggie Lyons, 20 Breesy View, Belleek, on Thursday from 2pm to 9pm. Walk through only with Covid precautions in place. Removal on Friday morning to arrive for 11am Funeral Mass in St. Patrick's Church, Belleek, followed by cremation at Lakelands Crematorium, Dublin Rd. Cavan. Eddie is predeceased by his father Edward, mother Mollie and brother Brendan. He is deeply regretted and missed by his family and friends.