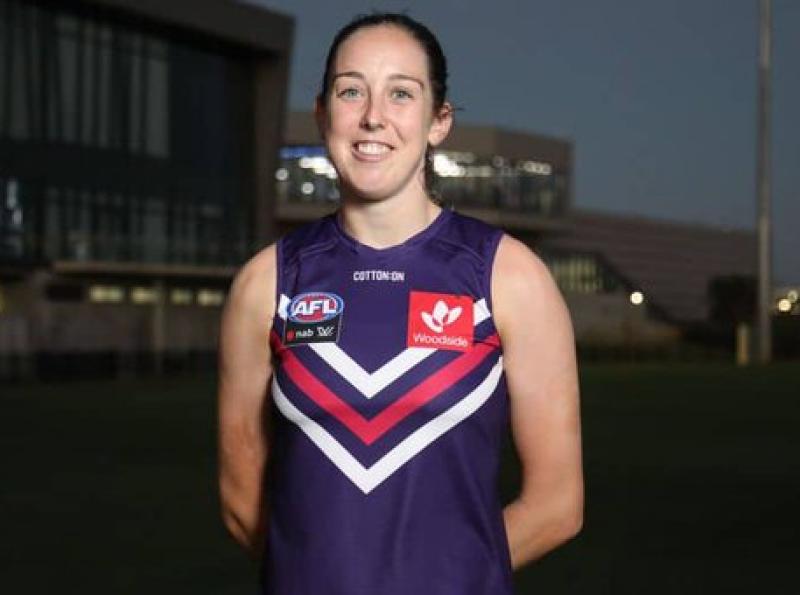 Kiltubrid's Aine Tighe to make her AFLW debut on Saturday

After two years of an injury nightmare, Kiltubrid's Aine Tighe finally makes her long awaited debut for Fremantle Dockers early on Saturday morning after she was named in the Freo starting line-up for their clash with the West Coast Eagles in the Fremantle Oval in Perth.

Tighe was tipped to make a huge impact after impressing in early season games two seasons ago when she suffered a devastating cruciate injury in her final pre-season game while another ACL injury saw her miss the entire 2021 season. So it is fair to say that after such a long wait, Aine can't wait to make her debut.

Speaking to the Fremantle Dockers website, Aine said "We’ve had our ups and downs over the last couple of years but I’ve learnt a huge amount about the game as well over the past three years, which hopefully will hold me in good stead when we do get out on the field.

"The experience I’ve picked up along the way from watching vision and chatting to the girls and watching the games close up, it will definitely help. Looking back on how I was and what I knew in year one and the first couple of weeks in pre-season compared to now, I definitely feel a lot more comfortable.”

Aine also paid tribute to the club for how they've helped her overcome the challenges of the past two seasons: "Everyone from strength and conditioning staff, to the rehab crew, physios, the girls themselves, it’s been phenomenal. There’s been a couple of curve balls thrown in along the way but we’ve made it through.

"There’s a lot of support that I’ve received from home as well, family, friends, teammates, there’s been an awful lot of messages and things that have kept me going through the different stages throughout. To everyone who’s reached out, a huge thank you and hopefully we’ll be able to turn it on in round one."

Tighe has still been able to contribute significantly to Fremantle in her time on the sidelines, working at the Club in the Fan and Community Engagement team to help pass on her love of sport and the game to thousands of kids around WA.