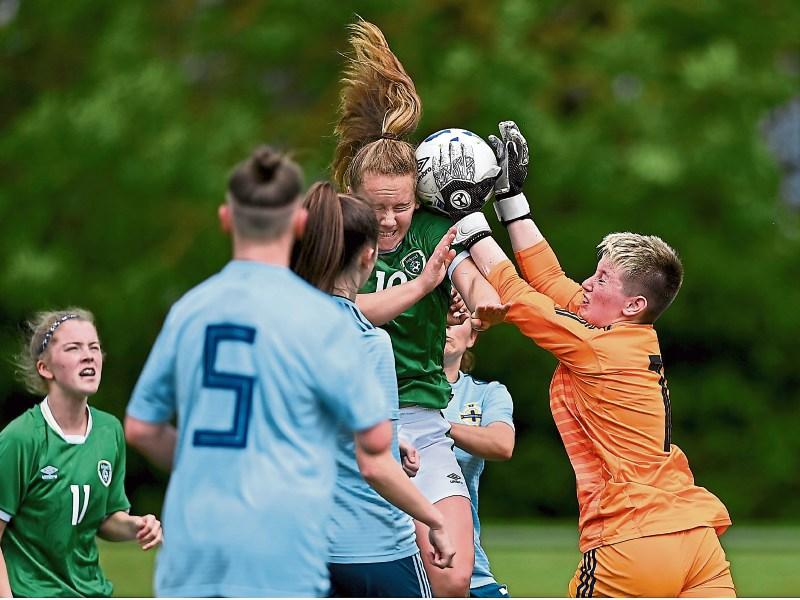 Muireann Devaney gets her head to the ball in the Republic of Ireland U19s clash with Northern Ireland last June - captaining the team was Muireann's highlight of the year Picture: Sportsfile

2021 is coming to an end and here in the Observer Sports Department, we've asked some of the county's sports stars and journalists to cast their eyes back over the last 12 months and give us their stand out moments. Ireland U19 soccer international & Ladies gaelic football star Muireann Devaney gives us her thoughts on the highs and lows of 2021. See next week's Leitrim Observer for more from our Sports Review of the Year

HIGHLIGHT OF THE YEAR: Captaining of the Irish U19 Team! Where do we start? It's been an incredible year of sport both locally and nationally. From Mayo ending Dublin's drive for seven, the Meath ladies inspiring the nation, Rachel Blackmore’s wonderful Grand National win and Kelly Harrington’s Olympic gold, it’s been a year to remember.

From a personal perspective, captaining the Irish U19 team back in June against Northern Ireland was both an honour and a privilege and a memory I’ll cherish forever. Although I wasn’t there for the county final, it has been a three year journey with a great team and management. Who’d have thought after losing two consecutive county finals we’d go on to win two and an intermediate Connacht club title. It really has been incredible. Along the club journey, we always had a reliable helper in Matthew Corrigan who helped bring out the best in the team and getting to know him was a huge highlight for me.

LOWLIGHT OF THE YEAR: County final not in Pairc Sean - when you see the great occasion held in Páirc Tailteann in the later part of this year where both ladies and men shared the spoils of county final day in Meath, it makes you wonder where it’s wrong in Leitrim. After securing our first county title in the club’s history in 2021, the aim was always back to back championships. After a reformed championship knowing top spot was needed we as a team and management devoted our time and commitment to training three times a week and massive sacrifices were made to then be told we wouldn’t play our county final on the county field and it’s not the first time this issue has arisen. After a successful 20x20 campaign and the growth of women’s sport in our country this certainly was a step in the wrong direction. 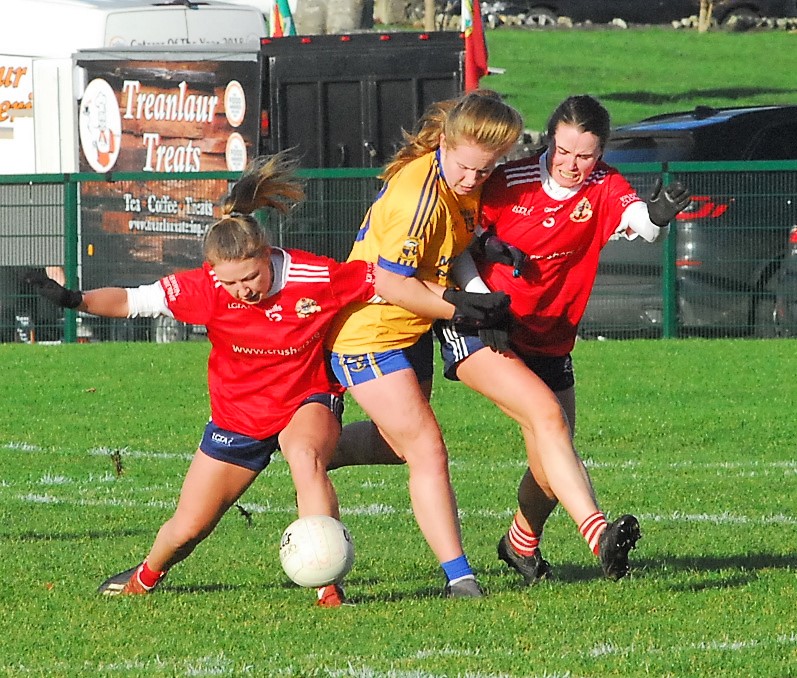 Muireann in action against Kilkerrin Clonberne in the Connacht LGFA Senior Club Final, a team that left the Glencar Manorhamilton player in awe Picture: Willie Donnellan

EASIER OR TOUGHER IN 2021 DEALING WITH THE PANDEMIC: It’s definitely been a tougher year overall. I suppose in 2020, the Pandemic was new and unknown, we didn’t think it would last this long. It was a lot easier to do your own training and there was definitely a lot of encouragement from other team mates but I just felt this year there was no end in sight. People were sick of doing their own training until eventually we got back together. You’d be preparing for championship games and next thing you’d lose a couple of players to testing positive and it just leaves everything up in the air wondering if the game would go ahead or things like that.

PERSONALITY OF THE YEAR: Vicky Phelan - What an inspiring woman. It is hard to ignore the sacrifices she has made to help fight for others affected by the Cervical Cancer scandal. This year started with her leaving for America for further treatment and I followed her journey on social media. Her courage and bravery never falters despite the huge trials she has had to face. She’s a fabulous ambassador for women in this country.

TEAM OF THE YEAR: Meath Ladies - the team that left the nation in awe was without a shadow of a doubt the Meath ladies an inspiration to every young girl or boy growing up they’ve sent out a message that anything is possible.

PERSON OR EVENT THAT MADE YOU DO WOW IN 2021: Kilkerrin Clonberne took football to a whole new level when we played them in the Connacht LGFA Senior Club final in November. We knew they were a talented team with their eyes set on All Ireland glory. We were delighted to be within three points of them at half time. I’ve never seen a performance from a ladies club team to compare with what they brought to the second half of that game. The running off the shoulder, their accuracy and their overall fitness was something that every team can only aspire to achieve. I’ll be watching them with interest going forward and I wish them every success in their quest for All Ireland honours.

ONE THING I’D DO TO MAKE SPORT BETTER IN 2022: I suppose it’s the wish of all female sports people to level the playing field for both men and women. While we have come a long way in recent years I still hope more gains can be made to ensure women in sport receive the same as men, whether this be publicity wise, financially, access to facilities etc.

ONE TO WATCH IN 2022: Friends since day one, I think everyone will agree Barry McNulty has a raw talent that not too many have. His display in the 2021 U17 County final I’m sure left county managers talking. Recently he lined out in the U20 final and despite having a broken collarbone, he continued to play to the end. He’ll make the jump from underage football to senior championship next year which won’t be easy but it’s definitely very easy. You'll see him play for the Glencar Manorhamilton seniors in the very near future.