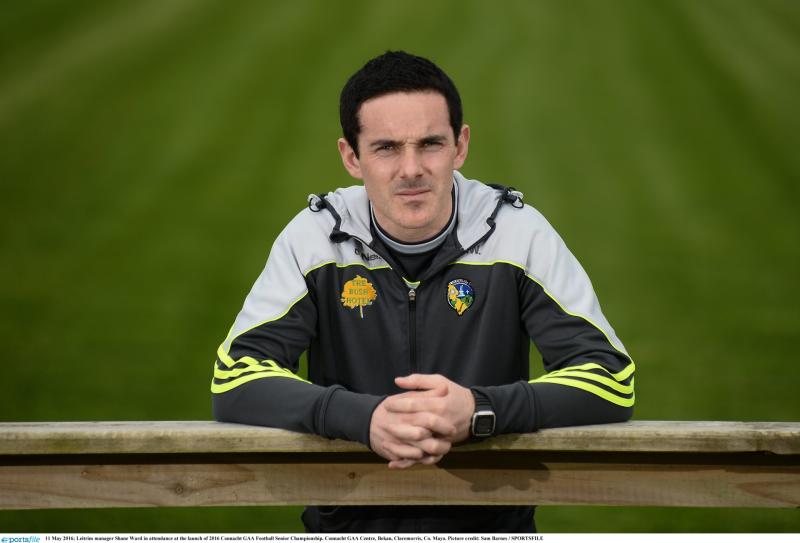 On Sunday next in the Athletic Grounds, Armagh, Derrygonnelly Harps will take on title holders and favourites Kilcoo in the Ulster senior club final with former Leitrim and Glencar Manorhamilton manager Shane Ward playing a huge part in their journey.

Shane took up a coaching role with the Fermanagh champions last year and he has been part of a great journey which leaves the Derrygonnelly club on the verge of making history. Fermanagh has never won an Ulster senior title and no Fermanagh club has made the breakthrough either. Enniskillen Gaels (2) and Roslea Shamrocks are the only other Fermanagh clubs to have reached an Ulster final.

Ward, a former player and manager of his home club Aodh Ruadh in Ballyshannon, has had a busy few years at coaching level in Donegal and Leitrim before joining Derrygonnelly. The 41-year-old is a teacher in St Clare's Comprehensive, Manorhamilton and lives in the north Leitrim town,  but apart from taking a year out in 2020, he has been working with different teams.

"I had around 10 years coaching at various levels with Aodh Ruadh. I went on to Donegal minors, Leitrim U-21s, on to Leitrim seniors. Then to Glencar Manhamilton. In 2018 I won the Division One league with them and in 2019 won the Leitrim championship with them.

After taking the year out with the arrival of a third son, he got the invitation to join Derrygonnelly Harps and he felt it was a no-brainer: "It was an opportunity that I couldn't turn down. Because I knew of the group and I knew some of the people involved that they were looking to progress and trying to improve.

"It was the first time ever that they took an outsider into their club to do a bit of work. They just wanted to create a different dynamic this year, because they obviously wanted to make an assault on Ulster. It's an easy journey for me, just 25 minutes away."

Derrygonnelly Harps have been the dominant club in Fermanagh in the last decade, winning six of the last seven titles. They have built up experience during that time in Ulster and have been making progress but this year is the first time that they have made the final.

"They have been there or thereabouts and they have good experience and a good spread in the squad of older players, middle aged players and younger players. So I suppose they are well established and they have done a serious amount of work in the last 15-20 years at underage, which is the reason they are there really.

"They have been very consistent at underage and very progressive. We've had an injection of between six and eight young players 18 years of age this year which is a  massive boost. And all very capable of playing at that level. That is basically where there secret lies."

Ward agrees that getting to an Ulster final is a great achievement for what is a small club. "They have a playing panel of 28-30, which for a rural club is strong. They have a number of players based in Dublin, Belfast and Galway, but they travel home on a regular basis and their commitment levels are phenomenal.

"There are a few students in Belfast mainly and the other boys in the south are working. It's great to be with a group that are happy in their own skin, that you don't have to convince them that they have to win it. They are going to give it their best shot."

Ward says the Derrygonnelly experience was a new one and he feels every county is different. "It took a while and a little bit of study to just get used to the type of football in Fermanagh first. It has been a good learning curve really. It's always good to learn and to go to different counties. There is a slight difference between each county so you have to allow for that in the type of player you are dealing with and they way they play.

"But I suppose the main attraction is their attitude; their work ethic up there is phenomenal. What is needed to win an Ulster  title is there. It is ingrained in them and they are constantly looking to improve."

Having ran Kilcoo so close two years ago is a huge factor for Ward: "It gives them great confidence and it gives them that experience to fall back on, that they can progress. They can now look to the next step knowing that they were so close the last time. It's different to a team that hasn't won a game in Ulster or hasn't established themselves in Ulster."

He agrees that it is great for Fermanagh football and for the GAA community in the county. "It is, in the whole of Fermanagh. It's an exciting time and exciting prospect, one that could feed into the county scene and give great confidence."