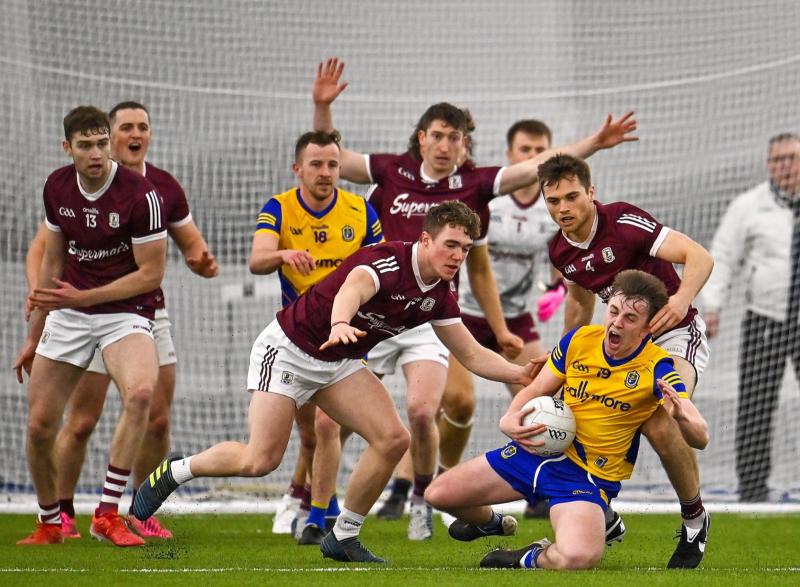 A strong start from Roscommon saw them lead by four points 22 minutes into the contest with Enda Smith and Conor Cox causing the Galway defence huge problems. However, when Sean Fitzgerald, wearing three on his back but finishing like a full-forward, managed to fist the ball to the net at the end of a swift counter-attack, the Tribesmen got back into the game.

Roscommon responded with points from Andrew Glennon and Cathal Heneghan but scores from Rob Finnerty, who got five on the day, and sub Tony Gill left just a point in it at the break, Anthony Cunningham’s men leading 0-10 to 1-6.

Galway took complete control after the break as they reeled off nine points to just two for Roscommon with Finnerty, Sean Kelly and sub Matthew Tierney doing a lot of damage. Galway stretched their lead to six points but when Enda Smith pounced for a late goal, Roscommon surged again.

Galway substitute Cathal Sweeney kept them at bay with two points but Roscommon kept the pressure on and were trying to face a late winner when time ran out.