Supporting your own in Club Teams of the Year!

Nominations close 5pm on Thursday, January 20 - get your votes in NOW! 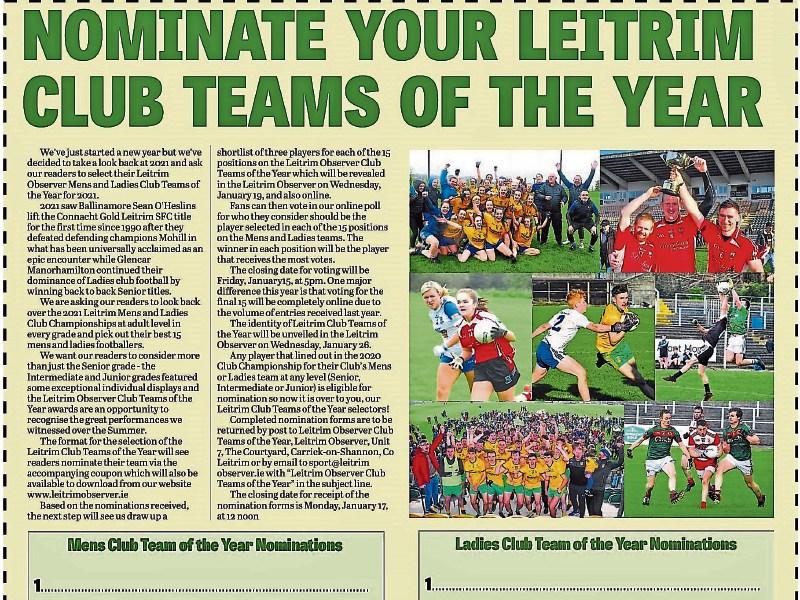 If I was in any doubt that the people of Ballinamore are proud of their footballers, it was washed away over the last few days as the nominations for the Leitrim Observer Club Mens & Ladies Club Teams of the Year poured in from obviously very proud supporters!

Suffice to say that when you see nominations coming in with Ballinamore players lined up almost 1 to 15, you know the impact that lifting the Fenagh Cup has had on the area. And it is not confined to the Men's team either with their female counterparts also attracting unwavering and total support.

We extended the deadline for nominations because so many were coming in that we just couldn't possibly narrow it down to the final three in each position in time for this week's edition. So, if you haven't got your nominations in yet, the closing date is this Thursday, January 20, at 5pm sharp - no more after this deadline!

We'll reveal the top three nominations in each position in next week's Observer with the final round of voting to take place online - thanks be to God says I, after going virtually blind last year trying to tally up hundreds and hundreds of emails and mail-in votes.

So whoever makes the final 15 on both teams, there is bound to be plenty of debate when the teams are eventually revealed!

The deadline for nominations for the Leitrim Observer Mens and Ladies Club Teams of the Year for 2021 is 5 pm this Thursday, January 20.

We have asked our readers to look back over the 2021 Leitrim Mens and Ladies Club Championships at adult level in every grade and pick out their best 15 mens and ladies footballers, taking care to consider all grades from Senior to Intermediate and Junior.

Based on the nominations received, we will then draw up a shortlist of three players for each of the 15 positions on the Leitrim Observer Club Teams of the Year which will be revealed in the Leitrim Observer on Wednesday, January 26, and also online. Please note that a player will only be nominated in one position in our final top three selection.

The identity of Leitrim Club Teams of the Year will be unveiled in the Leitrim Observer on Wednesday, February 2.

The extended closing date for receipt of the nomination forms is Thursday, January 20, at 5 pm. 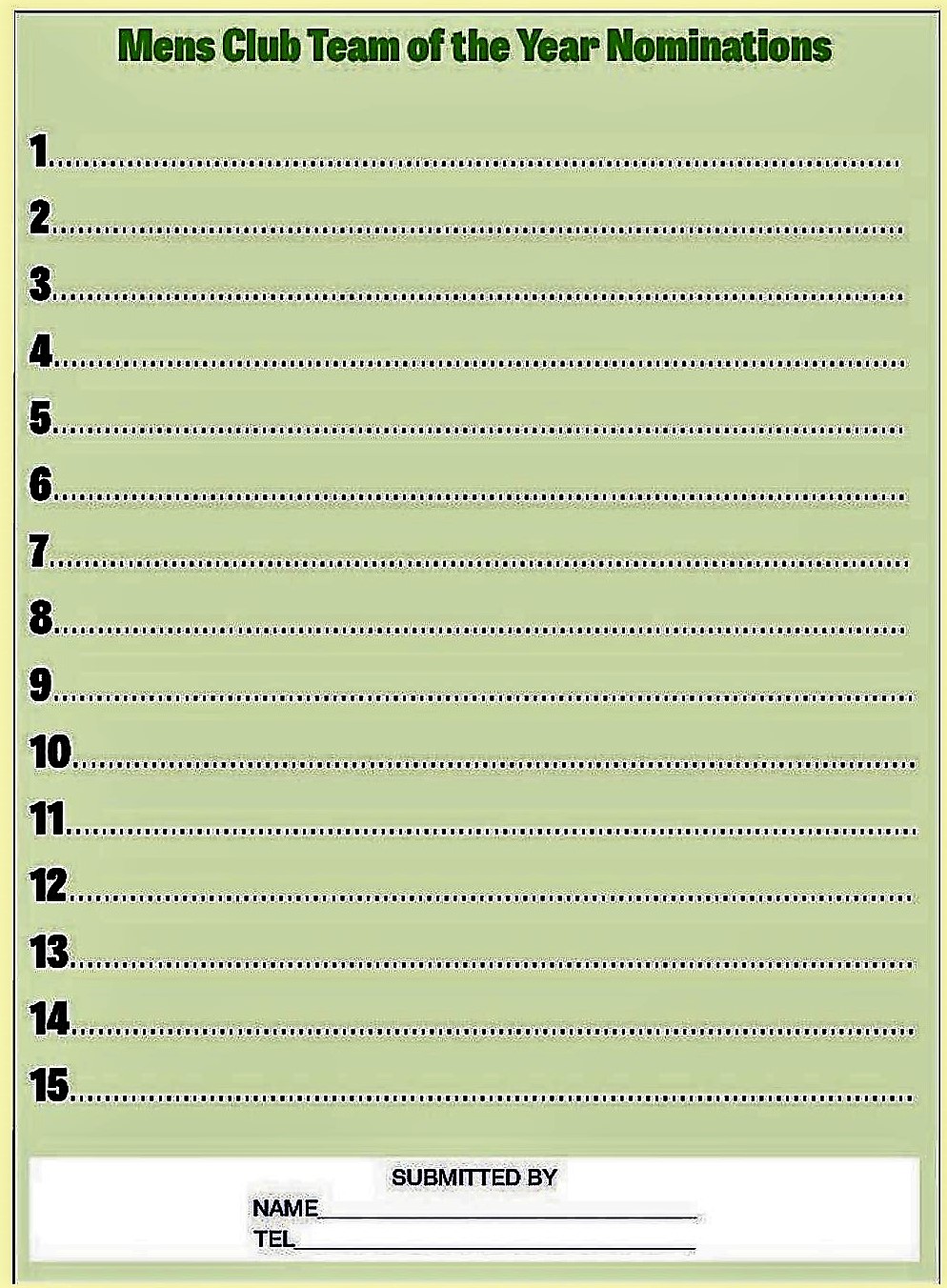 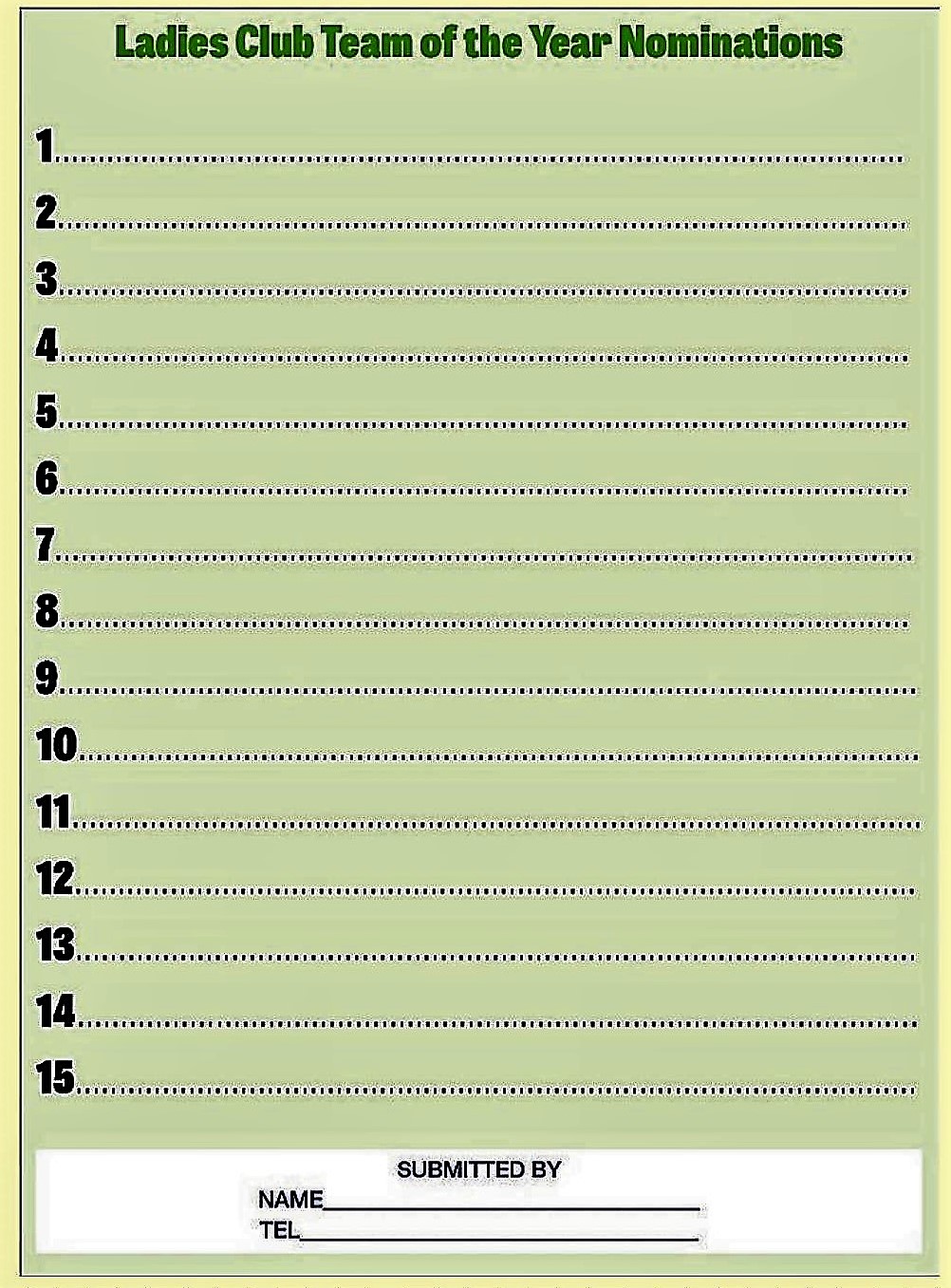