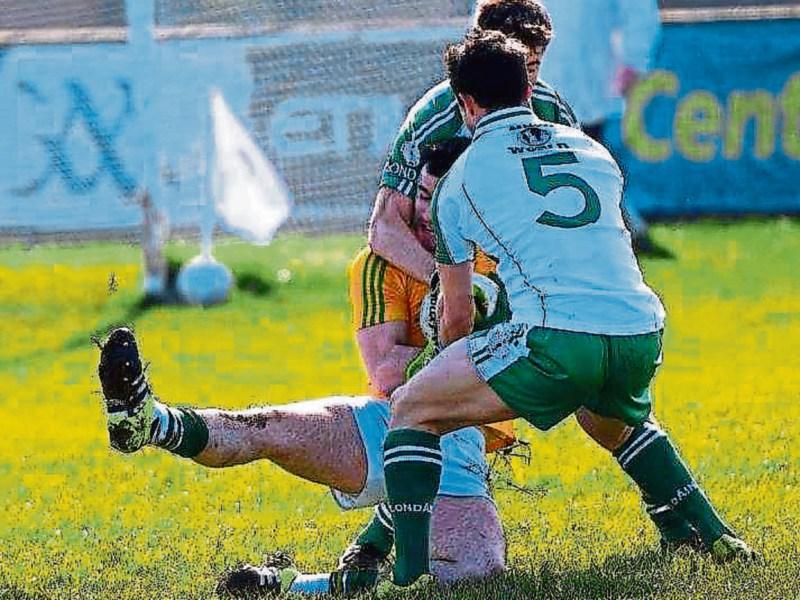 If there is any team who need no dire warnings of what a focussed London can bring to the table, it is certainly the Leitrim footballers who have a long history of close scrapes with the Exiles down through the years.

Next Sunday's early start in Avant Money Pairc Sean Mac Diarmada (12 noon throw-in) will see London begin the game ahead of Andy Moran's troops in the Division 4 table but such is the mood around the Green & Gold right now, that few are contemplating anything other than a comprehensive victory.

That's dangerous because, under London born manager Michael Maher, the Exiles have started their Division 4 campaign with two wins from two outings. Some dismiss both of those wins, coming as they did against Carlow and Waterford but it would be unwise to dismiss them too quickly.

London literally had no inter-county football for nearly two years and that is an enormous handicap for any county side. The Exiles made light of that and showed real spirit to eek out two one point victories which, given their starting point, is remarkable and it would be foolish to think they won't improve further.

Remember Waterford were unlucky not to beat Tipperary themselves so anyone taking the Exiles lightly could be in for a rude awakening next Sunday afternoon.

I've heard more than one supporter discuss the probability, not possibility, of a final day shootout in Markievicz Park between Leitrim and Sligo to decide who joins Cavan in Division 3 in 2023 but as Tipperary have demonstrated, reputations count for nothing if you can't back them up.

That's the challenge for Leitrim next Sunday - I don't think I've ever gone into a game where the Exiles have started as favourites but, for the most part, they have always made it difficult and uncompromising for the Green & Gold.

There is an added factor to this game - the two sides meet again in eight weeks time in the Connacht Championship in Ruislip so laying down a marker, for both teams, may be a consideration.

Yet for all the natural caution I express when it comes to the Exiles, caused by far too many uncomfortable and, at times controversial, championship and league matches down through the years, you have to think that Leitrim's rising stock will prove too strong on the day.

What they have shown under Andy Moran is an extension of the sporadic bursts of excellence the Green & Gold produced under Terry Hyland. Having seen them at close quarters last year in particular, it was a Leitrim team struggling to produce the football they are capable of.

Under the former Mayo star, Leitrim are far more disciplined upfront, playing to a definite template while the defensive structure is much more layered and difficult to play against.

One further aspect that plays into Leitrim's hands is the feel-good factor around the team and county right now - you can't underestimate the value of that win in Thurles and what it has done for the confidence of those players.

We can wonder what has happened to Tipperary but once Leitrim got the first goal, confidence grew and Tipperary were clearly second best. Tap into that confidence and build on it is the task for Leitrim next Sunday.

Leitrim have struggled traditionally when tagged as favourites but this is the true test of the evolution of Andy Moran's team - to perform when they are expected to. It hasn't always been easy but expect them to do just that next Sunday.

Leitrim hurlers off to a flying start with comprehensive Lancashire win