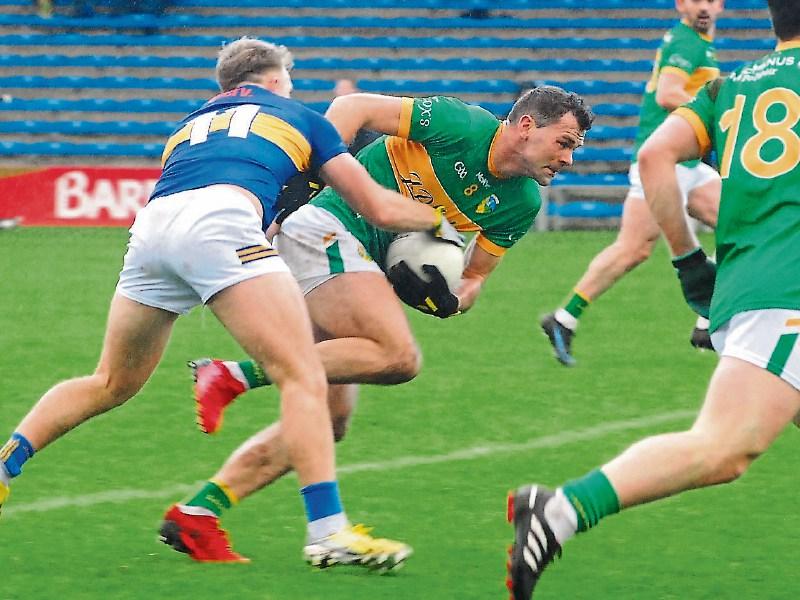 You know something big has happened for Leitrim football when you're sitting in Cryan's on a Monday afternoon and a fellow diner stops as he is passing by to talk about the game in Thurles. Even our good friends from across the bridge are chatting about how well the Green & Gold are going!

Normally I'd trot out the auld line of “one swallow doesn't make a summer” and I'd definitely caution all those talking about new dawns for Leitrim football to think back just three years ago to Terry Hyland's first year in charge and the sheer excitement those days generated but it is hard not to get swept away by what we all witnessed in FBD Semple Stadium.

Leitrim are organised, difficult to break down and a good deal more streetwise but even with all that, it took James Rooney's goal to finally cut loose the shackles as Andy Moran's side ripped Tipperary apart. For those of us watching Leitrim football over the past three years, it evoked the 20- 25 minutes of excellence that Terry Hyland's team routinely produced but were unable to sustain.

Last Sunday, Leitrim sustained that excellence, a point Andy Moran made himself for he quite clearly has had a long debrief with his predecessor and poured over the game footage and the Leitrim manager could see the potential that was struggling to break out of whatever insecurities, inhibitions or lack of focus that was clearly holding the Green & Gold back.

But the glow emanating from Leitrim right now isn't confined to the county footballers for the county's sportspeople have been shining from Perth to Glasgow, Musgrave Park to Abbotstown and I'm not sure if the county has ever enjoyed a more diverse and successful sporting weekend.

That's a dangerous claim to make because we're all susceptible to “recency bias” - proclaiming the most recent performance the best in the county's history or anointing somebody the best performer we've ever seen. The victory over Tipperary was a superb performance but, and this is in no way diminishing what Leitrim achieved, the Premier men are a shadow of the team that won Munster in 2020 and something is clearly off-kilter in their camp.

Yet it is equally true to say that Sunday's performance was a breakthrough for a team that haven't won a game since March 2020 and equally true that Leitrim produced some wonderful football that is captivating and effective and there is a real sense of momentum building around the Green & Gold right now.

Momentum is clearly building for the county's hurlers too as they recorded a comprehensive 14 point win over Lancashire last Sunday at the Sports Ireland campus in Abbotstown and all without the presence of their own inspirational manager in Olcan Conway. The St Mary's clubman is every bit a perfectionist as Andy Moran, every bit as positive and a rejuvenated hurling squad ended their own famine by recording their first win since March 2020 as well, so a big day for breaking hoodoos!

If there are expectations for the footballers with Andy Moran's arrival, then the hurlers are just as demanding of themselves this year - watch out for them in 2022!

But it wasn't just on the GAA fields that Leitrim excelled - Aine Tighe continues to wow the AFLW with her displays for Fremantle Dockers, earning a spot on the prestigious AFLW team of the week. Some hope that the Kiltubrid woman might return to Leitrim colours one day but hard to see Tighe not extending her stay Down Under given the rave reviews she is garnering each and every week.

Closer to home, Ireland's U20 Six Nations match last Friday had an exceptionally high interest in Leitrim with the appearance of Bornacoola's Shane Mallon in the Green of Ireland and judging from all the comments I've heard since, the entire county is bursting with pride at the former Leitrim Minor hurler and footballer's display - even if some of the GAA community are lamenting the loss of a clearly exceptional talent.

Saturday was also a proud day for Carrick-on-Shannon AC as Gerard O'Donnell was named Men's Team Captain for the Ireland team who claimed third in the DNA event in Glasgow, a day made even better with a strong performance from Gerard's clubmate and Mohill flyer Eanna Madden - great to see two Leitrim athletes wearing the Green of Ireland again.

We pause this weekend to get our breath back but not for long - Mallon and his Ireland team take on France and Hugh Donnelly's Ladies squad start their Lidl NFL campaign in Ballinamore next Sunday and they are expecting great things of themselves.

Maybe it is just because we're finally getting back to normal but wasn't it just a fantastic weekend all round for Leitrim sport? From the hordes of Leitrim fans who, at a conservative estimate made up about 95% of the crowd in Semple to young Evan O'Connor from Drumreilly signing for Galway United, the performances of our athletes, footballers, hurlers and rugby players, I really don't know if there has been a more diverse collection of superb Leitrim performances over one weekend.

And all I can say to that is long may it continue!