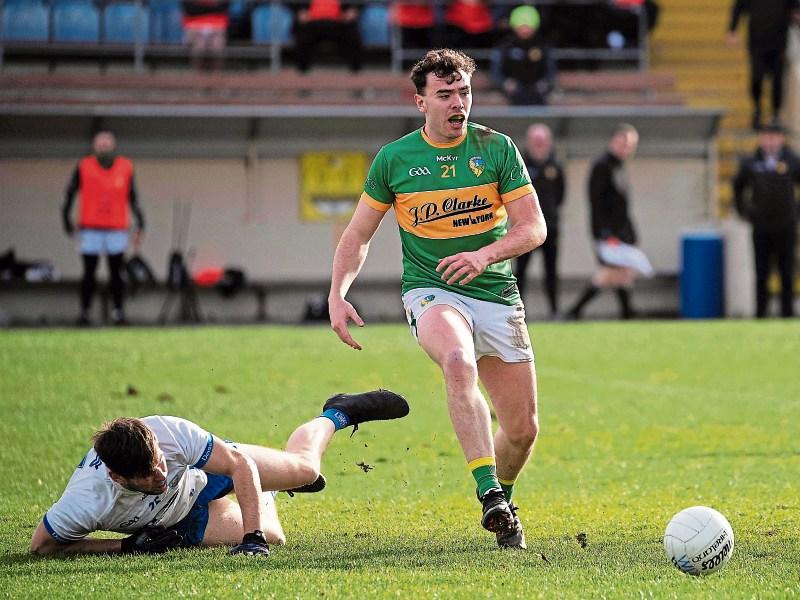 Dean McGovern wins the ball late in the second half in Dungarvan Picture: Hugh De Paor

Leitrim footballers made the long journey to Dungarvan a profitable one last weekend when they scored their second win in this year’s Allianz NFL campaign which means Andy Moran’s charges are once again looking towards the top of the Division 4 table rather than the other end of it.

With Waterford still waiting for their first win in the competition, Andy Moran’s side gave their promotion hopes a huge boost in a division that is proving particularly fraught with Sligo and London both suffering their first losses of the campaign.

With just three games to go for Leitrim and the postponed Cavan v Sligo and Wexford v Tipperary games on next weekend, the promotion picture will be an awful lot clearer with Andy Moran's team back in the race for the top two spots.

Leitrim’s ace marksman Keith Beirne had a major part to play in Sunday’s seven point victory, kicking a dozen points including seven from play while the Mohill man was also involved in Leitrim’s crucial first goal after 51 minutes from Ryan O’Rourke, a score that put daylight between the teams at a crucial stage in this well contested encounter at 1-13 to 1-9.

Leitrim enjoyed equal, if not more, support at the Fraher Field venue last Sunday and Beirne set out his stall from the outset with the first three scores of the game including two from play inside twelve minutes. This was an early warning sign for the home side but Beirne continued his man of the match performance up to the dying embers of the game.

Brian Lynch opened the Deise account in the 13th minute after good lead up play by Darragh Corcoran and Darach O Cathasach but Leitrim laid the foundations for their win in the next twelve minutes, outscoring their hosts by 0-5 to 0-1.

Waterford’s only score in this period was a Dylan Guiry minor from play while Keith Beirne hit three, two frees, with both feet, and Paul Keaney, in his first start for the Senior team, and Tom Prior changed the scoreboard to 0-8 to 0-2 in their favour. 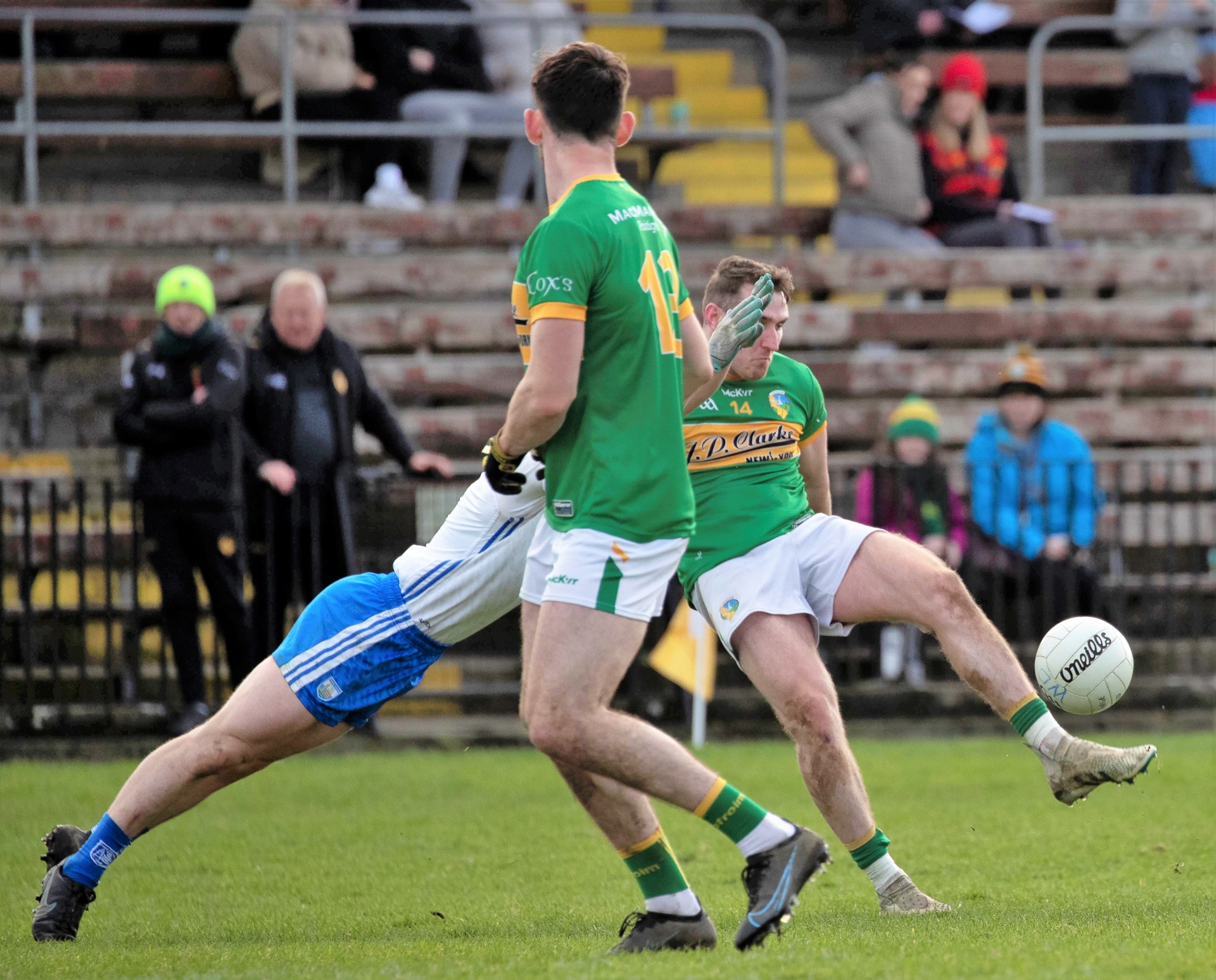 Credit to Waterford, they responded very well to a threatening sizeable loss when they accounted for six of the next seven scores to haul themselves very much back into contention.

On this occasion, it was Ephie Fitzgerald’s players who were the speedier and more impressive in general play and the scores followed. Dermot Ryan began with a 27th minute point and four minutes later, Conor Murray, Ryan again and Darragh Corcoran all dissected the town end posts, all from play.

Keith Beirne steadied the winners with a 34th minute free before Darragh Corcoran left just 0-1 the difference in the second minute of added time with a brace of pointed frees, 0-9 to 0-8. Not for the first time, Beirne was a thorn in the home side’s winning ambitions when he kicked his eighth score and fourth from play before referee David Hickey from Clare sounded the short whistle.

Leitrim kicked one first half wide and Waterford three, while both teams conceded 11 frees each as the score stood at 0-10 to 0-8. Leitrim played into the town goal end in the second half, the end often perceived to be the scoring goal at Fraher Field but Waterford struck first and what a score it proved to be.

Paddy Maguire miscontrolled the ball inside his own half of the field. Dylan Guiry took control of the ball, ran at the Leitrim defence and laid the ball off to Darragh Corcoran who slotted past Darren Maxwell in the Leitrim goal to give Waterford the lead (1-8 to 0-10) for the first time.

There was no sign of panic in the Leitrim side after going behind for the first time at 1-8 to 0-10. Tom Prior kicked a ‘mark’ over the bar in the 39th minute before a Darragh Corcoran pointed free in the 44th minute gave Waterford the lead for the final time.

Again, it was Keith Beirne who was central to Leitrim’s authority on proceedings. Twice in the 47th minute he kicked contenders for the score of the match before the game’s defining score arrived four minutes later.

Waterford had the ball in attack but held on to it too long with nobody making a move for the player in possession. Leitrim broke up the field at pace and Keith Beirne sent the speedy Ryan O'Rourke in on goal for a very well taken score, 1-13 to 1-9 in favour of the visitors.

Try as they did, Waterford could not come to terms with their opponents for the rest of the play. Beirne kicked a 54th minute free, as subs and yellow cards surfaced and time moved on. Dermot Ryan (f) and Paddy Maguire were wide for their respective teams before Tom O’Connell pointed for the home side, 1-14 to 1-10 and 62 minutes on the clock.

Either side of scores by Domhnaill Flynn and Ryan O Rourke, Leitrim should have had the ball in the Waterford net but for unnecessary carelessness and two minutes into added time, the deficit was back to four following points by Dylan Guiry and Darragh Corcoran, 1-16t to 1-12.

Six minutes of added time had been announced and in the fourth of these, Leitrim copper fastened their victory when one sub Dean McGovern supplied another sub Darragh Rooney to finish the ball to the net. Fittingly, Keith Beirne paid Leitrim’s final visit to the scoreboard with his seventh score from play before a Darragh Corcoran pointed free ended the day’s scoring.