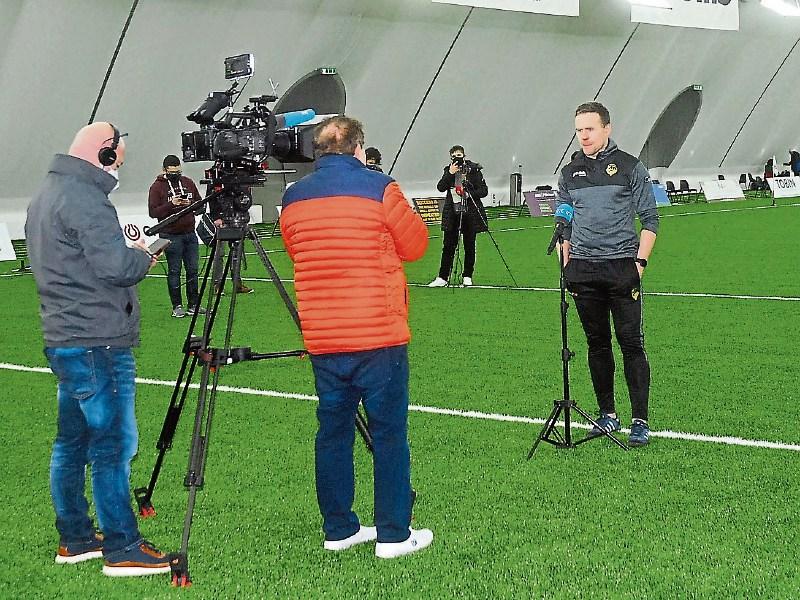 Shooting yourself in the foot might not be the right metaphor but hard to find one that sums up last weekend's decision by the Gaelic Players Association to boycott all media duties due to their impasse with Croke Park over the thorny issue of player expenses.

First of all, let me state clearly and categorically, I have no problem with managers or players refusing to speak with the media. Some will say they're representing their county and have an obligation to speak to their supporters through the medium of local papers or radio or whatever it is you're having yourself.

Strangely, for one working in the media, I've never felt that way. It makes life easier if they do talk but you've got to remember that players and managers, club and county, are obliging the media by talking to us. So, if players don't want to speak, for whatever reason, I have no problem with that.

Andy Moran and his team joined in the GPA's media blackout last Sunday and the only regret I have about is that they didn't get a chance to express their thoughts on a wonderful win down in Netwatch Cullen Park. But the more I thought about it, the more I think the GPA scored an own goal with the media boycott.

The boycott was effective, it got people talking about an issue most didn't know was there but I firmly believe that if every local paper, radio station and podcast carried interviews this week with players outlining their grievances, it would have served their cause far better!

That notion was reinforced by Tom Parsons appearance on RTE's League Sunday, the GPA CEO delivering a coherent argument for why the full restoration of the 2019 Players' Charter of Rights and the full rate of mileage expenses, must immediately happen. The brief segment made for fascinating viewing with trenchant GPA critic Colm O'Rourke terming it a move towards semi professionalism and reminding the players of the enjoyment and health benefits they get from playing inter-county football along with the joy of playing in Croke Park!

Whatever about playing in Croke Park, and most county players outside Leinster never get to line out in GAA headquarters, O'Rourke's argument is hard to fathom. Nobody disputes the enjoyment players get from the game, they wouldn't be playing otherwise but with rising fuel costs going through the roof, some won't have any choice but to stop playing inter-county games if it is going to leave them penniless.

O'Rourke's legendary career with Meath might look much different if he had to face the twice weekly trek Leitrim, Sligo or Donegal hurlers or footballers have to make to get to training rather than a 20 or 30 minute jaunt in the road to Navan. Geography plays a big part in this with counties on the eastern seaboard enjoying a substantial advantage when it comes to funding the costs of players' travelling expenses.

With expenses capped at three training sessions and game per week and anything after that subject to local negotiation, Croke Park have left the onus on counties to sort the problem and therein lies the rub. The more successful counties have larger revenue streams to look after their players but most counties are fighting tooth and nail to meet costs and the solution might be if Croke Park met the majority of all inter-county travelling expenses.

It is the players in the less successful counties that the GPA are seeking to protect. Is it right that so much expense is incurred by the inter-county game? Definitely not, spending needs to be reigned in drastically but as long as the demands that are placed on players are allowed go unchecked, then they should be looked after.

We can talk all we want about costs and amateur status but as long as we continue to lionise the time and commitment sacrificed by amateur players in the service of the county, the least that we can do is to make sure they aren't out of pocket - its not too much to ask.