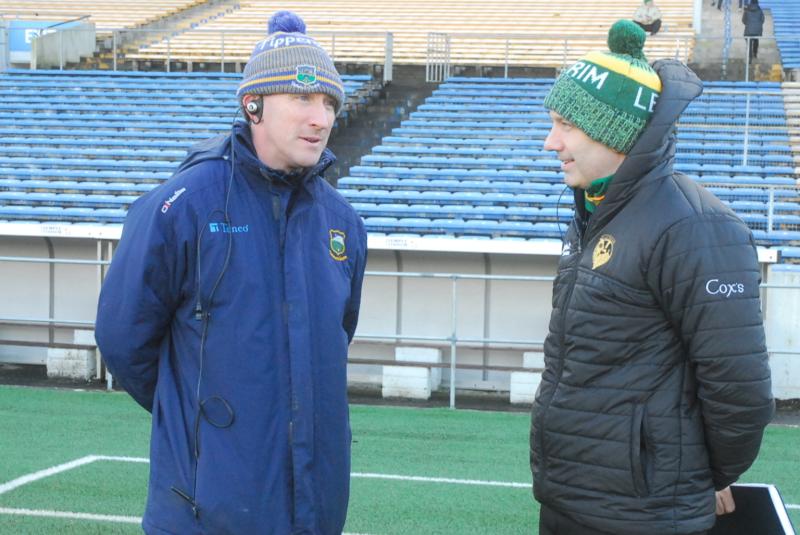 Tipperary selector Paddy Christie has termed the decision to schedule the final round of games in the Allianz NFL Division 4 this weekend as “no big deal” while also acknowledging that the situation was not perfect.

Christie was speaking at the launch of 2022 EirGrid GAA football U20 All-Ireland Championship and when asked about the controversy that blew up on Sunday evening, the former Dublin star said “For me, I don’t see the big deal. Obviously, it is not perfect but I don’t think anyone did it on purpose. It certainly wasn’t done to be disrespectful.”

The Tipperary selector stressed that the Premier county have to beat London and if they did, it would render all arguments moot: “For me, the fact we play London and if we win that game we are through, that is the end of it. I don’t think it is that big a deal. I certainly don’t think there was anything untoward.

“I heard people talking about it saying it was disrespectful and made a farce of things, I don’t know. The GAA are between a rock and a hard place. They are trying to get fixtures set up for the year and something like that happens and it is a little bit awkward. Ultimately, Tipperary need to go out and beat London.”

Christie also believes that Leitrim and Sligo still have a lot to play for even if their game is meaningless in terms of League positions: “If it was the other way around and we were playing in a game with potentially no significance, what way would we look at it? We would look at it as preparation for the championship in a couple of weeks. Sligo and Leitrim are local rivals, there will be a bit of an edge there anyway.”

Manager David Power also revealed after his team’s victory over Carlow that Tipperary were delighted to be in a position to be fighting for promotion: “We are glad to have this opportunity now, especially after where we were after the Leitrim game. We have come on in leaps and bounds since then and hopefully we can finish the job next weekend.

““Hopefully we can have a couple of those key players back for London. We have to be patient and the big thing, the only thing, next weekend is getting the two points, even if it is only a one-point winning margin, that will do.”