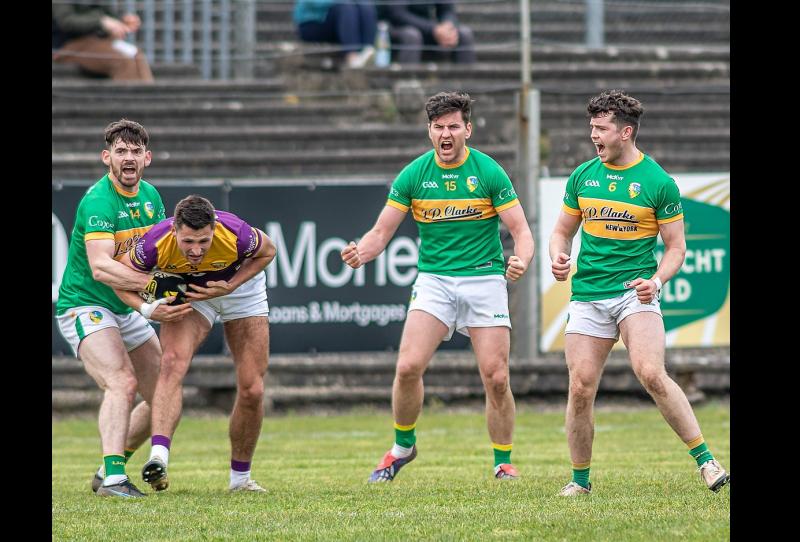 Leitrim's final Allianz NFL Division 4 clash of the season against Sligo will take place as fixed next Sunday in Markievicz Park but in a new twist over the scheduling of the final round of the games, the other three games in the Division will all now be played on Saturday March 26, and all at different times.

Leitrim's game at Sligo is the only Allianz NFL Division 4 game that will remain at the original scheduled Sunday slot with the clashes of Tipperary & London going ahead as scheduled on Saturday while the games involving Cavan & Waterford and Carlow & Wexford will now also take place on Saturday.

Kerry legend and RTE pundit Pat Spillane raised the issue of competitive fairness and the integrity of the competition on League Sunday but the Observer understands that after Croke Park consulted with all counties involved, it proved impossible to come to an agreement to have all games throwing-in on the same date and same time.

With no floodlights in Markievicz Park and the game in FBD Semple Stadium staying fixed for 7pm, it would have meant an earlier starting time of 5pm at the latest had the Sligo v Leitrim game being switched. It is also believed that London were not in a position to change their flights home on Sunday morning, having booked them months ago when the fixtures were first released at the end of 2021.

With the question of promotion still to be decided, the usual procedure is for all games in the final round of a Division to be played at the same time so as to not confer any competitive advantage on any particular county but Tippeary's hosting of London on Saturday proved to be an unexpected fly in the ointment, a fixture that was agreed by the counties and Croke Park late last year before the Fixtures Master Plan was released.

All other games were originally fixed for Sunday at 1pm but the GAA's website on Monday reveals that the games involving Cavan & Waterford and Carlow & Wexford will now both take place on Saturday. Carlow's host their neighbours Wexford, a game that has no bearing on the promotion race, at 1 pm in Netwatch Cullen Park while Cavan host Waterford at 6pm under lights in Kingspan Breffni Park with the remaining Tipperary and London clash still fixed for 7pm.

Leitrim can still win promotion from Division 4 but they would need results elsewhere to go their way and that is why the scheduling of games becomes so problematic.

Wins for Cavan and Tipperary would render the entire debate moot - Cavan need a point to secure promotion back to Division 3 but there is a scenario, however unlikely, where a loss for the Breffni blues in Breffni Park and a Tipperary draw against London would leave Cavan level on ten points with Tipperary and the winner of the Sligo and Leitrim clash but then lose out on scoring difference.

A Tipperary win would end all debate even if Cavan were to lose to Waterford as Mickey Graham's side hold the head to head win against both Leitrim and Sligo. Leitrim and Sligo both need a Tipperary loss to put the second promotion spot into play but Sligo could afford to draw in that scenario thanks to a superior scoring difference.

A draw for Tipperary and a Leitrim win would see Andy Moran's side promoted thanks to the head to head rule.

In other fixture news, Leitrim's Allianz NHL Division 3B Semi-Final against Longford is expected to be fixed for Glennon Brothers Pearse Park on Saturday, March 26, at 2.30 with the winners facing Fermanagh a week later in the final.

Avant Money Pairc Sean Mac Diarmada will also host the Division 1 meeting of Mayo and Kildare on Sunday at 1.45 pm with Mac Hale Park still ruled out of action due to resurfacing works at the famous Castlebar venue.