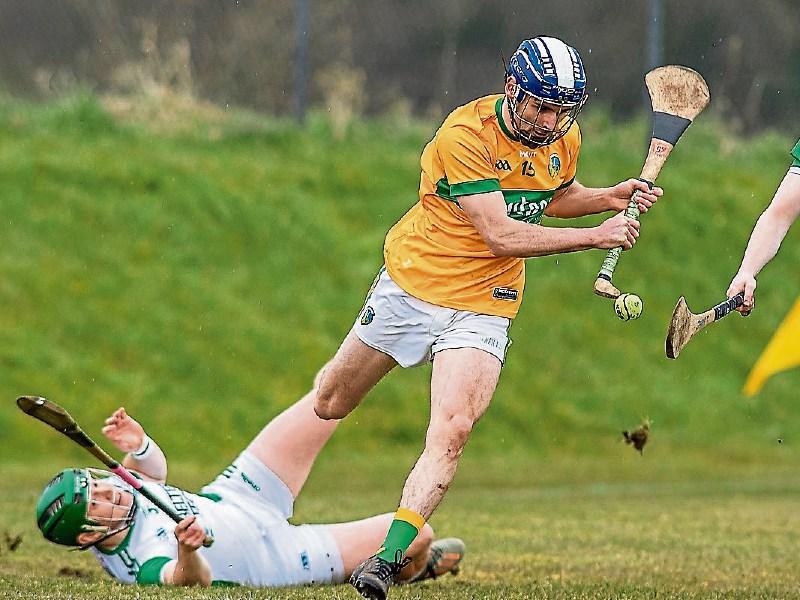 An understrength Leitrim went down fighting to Allianz NHL Division 3B table toppers Fermanagh in Pairc Sheain Ui Eslin in Ballinamore on Sunday but they will regret the missed chances that cost them the chance of a draw.

With Leitrim lining out without Paul Lenehan, Gavin O’Hagan, Cian Mallon, Senan Keane, Kevin Clerkin, Diarmuid Kelleher, James McNabola and David McGovern, this was the sort of game where you’d expect Leitrim to really struggle but inspired by the freetaking of Joe Murray, they pushed Fermanagh all the way to the final whistle.

Olcan Conway’s side did have the boost of Karl McDermott making a quick return from the injury he sustained against Longford while Cathal O’Donovan’s return to the Green & Gold was another huge boost but missing so many first choice players, Leitrim were always going to be up against it.

The fact that Leitrim lined out without their entire full-back line of David McGovern, Kevin Clerkin and Paul Lenehan meant that the county hurlers were never able to establish the sort of defensive solidity they would have wished as Sean Corrigan, Daniel Teague and Luka McCusker caused the defence huge problems.

At the other end, Leitrim lacked the cutting edge they have shown in previous games and while Gavin O’Hagan came on at halftime, the fact that they were relying almost exclusively on Murray’s superb freetaking was just too much of a burden to carry.

In the irony of ironies, an injury time chance to tie the scores was missed as Joe Murray, who had scored 1-11 including 11 points from placed balls, pulled his shot wide and Fermanagh sealed their victory with a late point.

Leitrim now face a meeting with Longford in Longford next Saturday as they seek to set up a return meeting with Fermanagh on the weekend of April 2-3, in the Division 3B Final but if they can get even half of their absent players back in harness, they will be a formidable. 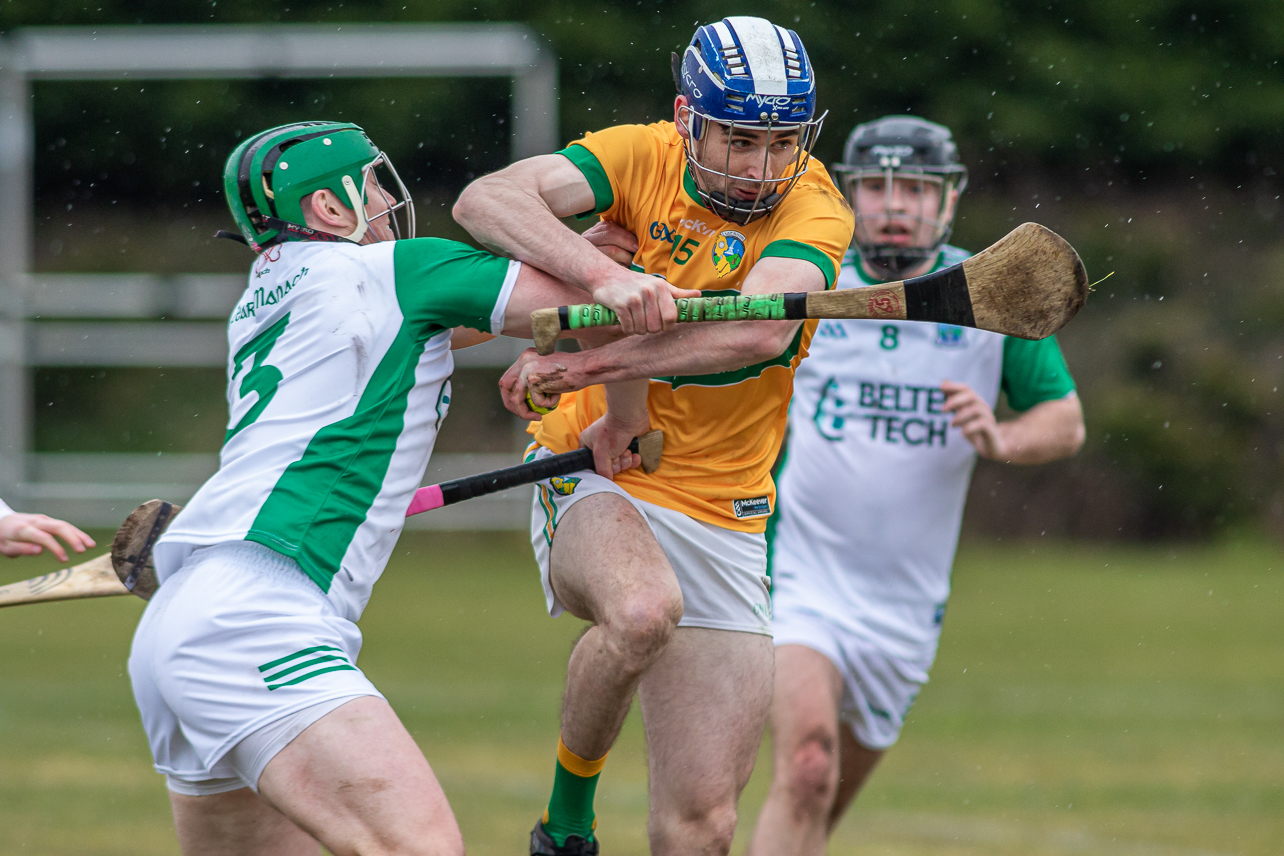 Leitrim got off to a blistering start with a point apiece from Brendan Delaney, Joe Murray (free) and Cathal O’Donovan in the first five minutes, Sean Markham setting up Delaney’s score while O’Donovan hit the target from the halfway mark.

Daniel Teague pulled back two points, one from a free for Fermanagh, inside 60 seconds before he swapped frees with Joe Murray. However, Fermanagh struck a major blow when Luka McCusker forced home a loose ball after Leitrim keeper Clement Cunniffe had blocked Tom Keenan’s initial shot on 11 minutes.

Murray and Corrigan swapped points but a Karl McDermott free on 17 minutes left a point in it before Leitrim dramatically retook the lead when Brendan Delaney burst through the cover and Joe Murray volleyed Delaney’s pass first time to the Fermanagh net on 19 minutes.

Now it was Fermanagh’s turn to respond - Teague and John Paul McGarry fired over two points to tie the scores and from there to halftime, it was tit for tat with Martin Feeney scoring a brilliant instinctive effort on 24 minutes.

Leitrim almost got in for a second goal but Fermanagh keeper Mark Curry saved Murray’s efforts and the follow-ups. McCusker and Ryan Bogue both fired over to edge Fermanagh in front but Leitrim came back with good points from Tadgh Brannigan and a Murray free.

However, a good point from Ben Corrigan ensured the sides went in level at 1-9 apiece at the end of a very entertaining first half.

Liam Moreton was controversially pulled for what looked like a good shoulder and when the resulting free dropped into the area, Sean Corrigan blasted to the net to put Fermanagh two clear. 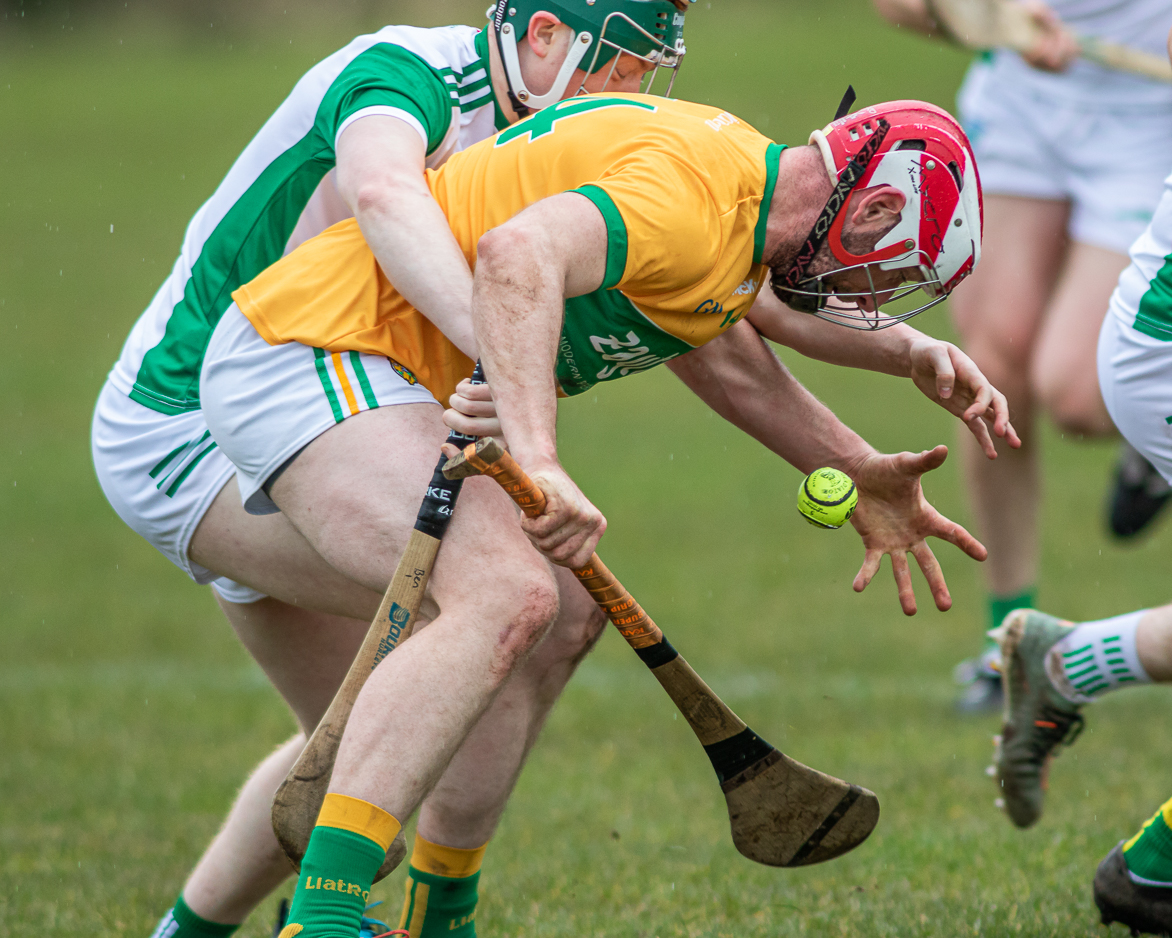 The tit for tat continued with Murray swapping frees with Ryan Bogue and Sean Corrigan but the Erne men seemed to have taken control when they went three clear with another Corrigan score.

Leitrim were missing a few chances but when Murray put over two frees with less that five minutes to go, the gap was back to a point. Daniel Teague fired over a free after a Conor Hackett foul but another Murray free got the gap back to a point in the first minute of added time.

Murray had a chance from a placed ball to tie the scores but his effort flew wide at a time when Leitrim had momentum and Fermanagh sealed a hard fought win with another Corrigan point to book their place in the Division 3B Final.