Damian Dolan, sports editor of The Irish World, looks ahead eagerly to London's long awaited return to the Connacht SFC next Sunday with high hopes for a London victory 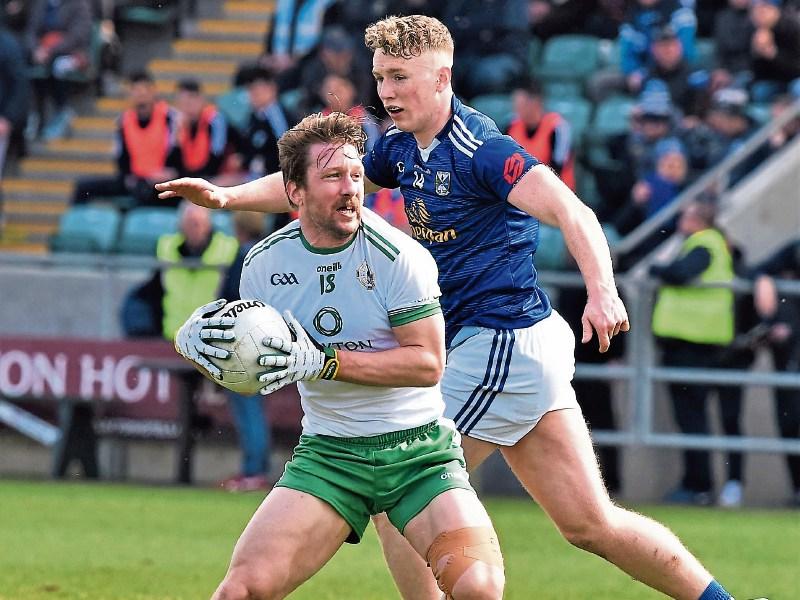 It’s been a long time between drinks for the Gaels of London - and the exploits of Michael Maher’s team in the National League has only served to increase their thirst for the Connacht Championship. Sunday’s Connacht Senior Championship quarter-final with Leitrim at Ruislip can’t come soon enough.

The unequivocal jewel in London GAA’s crown, since the Exiles were given home advantage in 1981, the Connacht game brings out the Irish in London like nothing else. For many, it will probably be their one and only pilgrimage to West End Road HA4 6QX with McGovern Park the Mecca.

Due to the pandemic, home ties with Roscommon (2020) and Mayo (2021) fell by the wayside. The championships carried on in Ireland, of course, leaving the Gaels of London, and Britain, to look on and wonder if, and when, they’d return.

For London’s footballers, that call to arms came on December 8, 2021 – when Michael Maher reassembled his panel. When the team’s London-born manager surveyed the group before him, he would see just 13 survivors from the playing squad which got through just five games in 2020, before Covid abruptly put a stop to everything.

The Exiles’ trip to Cullen Park for their opening round Division 4 game was nothing short of a step into the unknown. It had been 23 months (or 700 days to be precise) since the team’s last game.

What followed made headlines on both sides of the water, as the Exiles provided the story of the weekend. Ten points down against Carlow, they rallied to win by 2-11 to 1-13. Liam Gavaghan, London captain since 2017 and Leitrim’s last Connacht visit, claimed one of the Exiles’ goals. The Tir Chonaill Gaels man also added three frees.

Things got even better for the Exiles when they followed it up with a 1-12 to 2-8 win over Waterford at Ruislip. Butler converted with a penalty, James Gallagher (Glenavy, Antrim) kicked 0-3 and Chris Farley converted seven frees, as London overturned a six-point deficit.

Back-to-back wins gave the Exiles their best-ever start to a National League campaign, since their first in 1993/94 when they beat Waterford and drew with Sligo.

But victory was tempered by news that star forward Butler was departing for America. London-born Butler had scared the life out of Galway in 2019 – scoring a brilliant goal and terrorising their defence throughout - and his loss was an undoubted blow.

On the plus side, one of the many new additions this year, Chris Farley (Dromid Pearses, Kerry) scored the winning goals in St Kiernan’s senior county semi-final and final wins, over Maher’s Round Towers and Fulham Irish, last year. Former Monaghan U21 star Fearghal McMahon was well used off the bench in the league. Another Tir Chonaill Gaels man, McMahon made his championship debut for London against Leitrim in 2017.

Leitrim supporters will be well aware of events when London then travelled for a round three game that was due to be played in Avant Money Pairc Sean Mac Diarmada but then switched due to snow to the Connacht GAA Centre of Excellence in Bekan near Knock.

Gavaghan, who made his championship as far back as 2011 against a Mayo team containing Andy Moran, was again amongst the goals. James Gallagher got the other as London won by 2-5 to 0-9. Goalkeeper Noel Maher, the brother of Michael, strode forward to land three crucial frees. The Round Towers’ number one made his championship debut off the bench against Offaly in the 2019 All-Ireland qualifier.

Despite another James Gallagher goal, London’s winning start came to a disappointing end against Wexford at Ruislip (0-11 to 1-6) while Sligo at Markievicz Park was a rank “bad day at the office” – the Yeats men winning by 3-19 to 0-10. Michael Maher and his management team were quick to shoulder the blame for that one. They tried a few things which didn’t come off.

Maher’s teams pride themselves on being hard to score against and this was definitely an out of character performance in that regard. It was a game notable, though, for former Laois and Portlaoise star Cahir Healy (St Brendan’s) making his London debut off the bench late on.

That left the Exiles to finish off their campaign against promotion favourites Cavan and Tipperary. London looked set for another hiding when a very lively Cavan side opened up a 1-5 to 0-0 lead after 19 minutes. But the Exiles fought back; Henry Walsh (Kilbride, Roscommon) with a fabulous goal on his way to a tally of 1-2. Chris Farley’s injury-time penalty set up a frantic finish, but Cavan held on to win by a point (1-15 to 2-11).

They wound up the league by giving Tipperary a run for their money before going down by 1-14 to 0-12. Gavaghan top scored with 0-4 (2f) while Fulham Irish’s Matthew Walsh continued his impressive form with two well-taken scores from play. Walsh, another new addition, won a senior Tyrone title with Dungannon Thomas Clarke's in 2020.

London may have closed out their Division 4 campaign with four straight losses, but that can’t take away from what was the county’s best-ever league season. Never before has the team recorded three wins and while that London team of 1993/94 also finished with six points (from two wins and two draws), they played eight games, one more than Michael Maher’s charges.

Undoubtedly one of this London team’s strengths has been its half back line, which has predominantly featured Ronan Sloan (Atticall, Down), Eoin Walsh (Moycullen, Galway), Eoin Flanagan (St John’s, Sligo).

Walsh captained St Kiernan’s to the senior title in London last year, having won an All-Ireland U21 title with Galway in 2013. Flanagan has plenty of previous Connacht experience, having helped Sligo reach a Connacht final in 2015 – as well as playing for New York against the Yeats men in 2017. James Hynes (St Farnan’s) is another with county experience for Sligo. Flanagan and Hynes both play their club football for North London Shamrocks.

Evan Wynne (Salthill Knocknacarra) has played senior for Galway, and Conal Gallagher (St Johns Bosco) with Down while there are only four survivors from Leitrim’s last visit to London in 2017 – Liam Gavaghan, Fearghal McMahon, cornerback Conor O’Neill (Dr Crokes, Kerry) and Gavin McEvoy, who doubles as Noel Maher’s back-up and the team’s goalkeeping coach.

You have to go back to 2013 for the last time London tasted victory in Connacht – the only link to that team is selector Lorcan Mulvey.

London will be keen to end that wait – and announce their return in style.