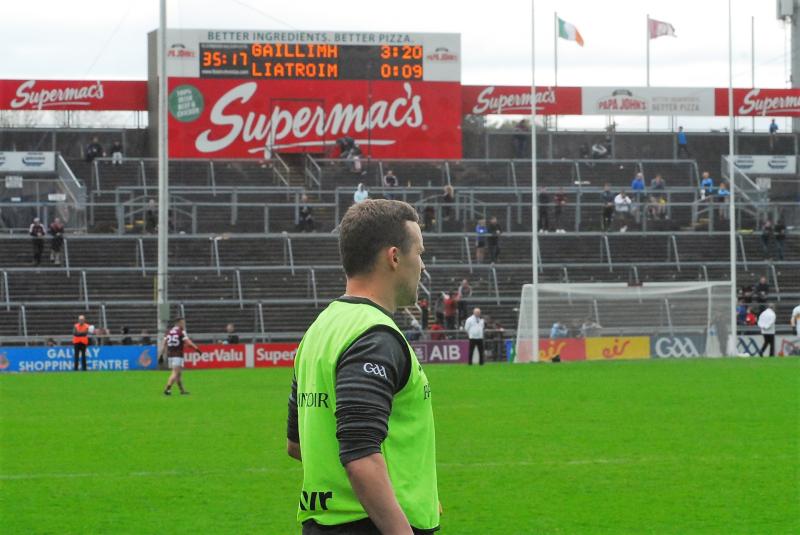 Leitrim manager Andy Moran sees no reason why his players won't be motivated for the inaugural Tailteann Cup as the former Mayo great believes that the county's footballers can still achieve their dreams of competing with the best in the province.

In the aftermath of Sunday's 4-20 to 0-9 loss at the hands of Galway in the Connacht Senior championship Semi-Final in Pearse Stadium, a record defeat to the Tribesmen, Moran was clearly deflated by the experience but believes Leitrim players will give a reaction in the Tailteann Cup.

“Maybe I thought we could get there faster than what was realistic,” the Leitrim manager told the media after the game, before adding “But I still think we can get to where we want to and the great thing about this is that we have another opportunity to go out and play another game in three weeks time.

“We’ve got the reaction all year, everybody has stayed in the panel which was huge for us. We have 34 fit guys in the panel, 36 guys in the panel right up to this week and we were unfortunate to lose Darren Maxwell and Darragh Rooney over the course of the last couple of weeks. I can’t see any reason why they wouldn’t give us a reaction.

“A couple of guys there at home - Aaron Hoare, Paul Keaney - these guys were really hurting to be left at home and they’ll get their chance over the next couple of weeks.”

Yet the Leitrim manager was not pleased with the proposed north south split in the Tailteann Cup nor the fact that it won't be a round robin competition: “I’d be disappointed with the way they’ve set it up. The whole North South thing was new to me, it came from nowhere last week - that wasn’t the way it was sold to us at the start, it was sold that you’d get three games after your championship exit.

“If they really want to build up smaller counties, promotion of it is going to be key. The more games you play - groups of four - would be absolutely ideal, you would have competitive games and if you want to bring on young guys and see them in competitive games”