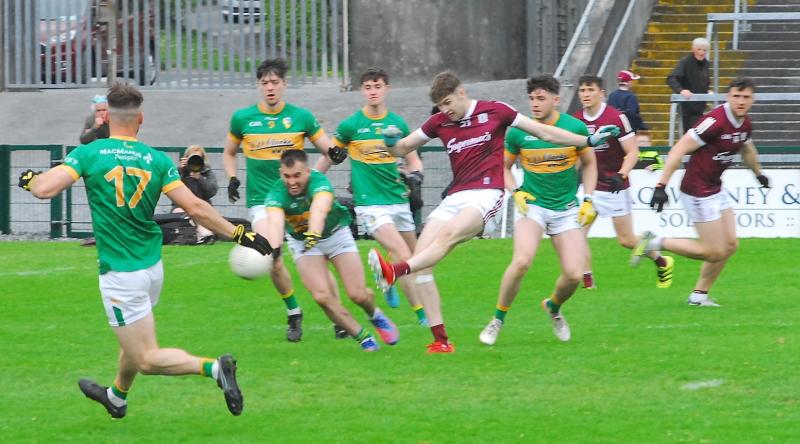 Any notions Leitrim may have had that they were closing the gap on the province’s big guns were ruthlessly crushed on Sunday afternoon in Pearse Stadium as Andy Moran’s men were blown away by a clinical and powerful Galway who ran the visitors ragged before pulling away in the second half.

The bald statistics will tell of a record breaking victory for Galway, the 23 point winning margin surpassing their previous record 1976 winning margin of 3-21 to 0-8 against Leitrim but it hides a battling first half performance that thrilled the travelling Leitrim support, even if it wasn’t reflected on the scoreboard.

Leitrim threw everything they had at Galway in the first half and many felt that the 0-12 to 0-5 halftime lead Padraic Joyce’s side enjoyed didn’t reflect either the closeness of the contest in that first half or just how good Leitrim were in that period.

Moran’s troops did everything you could ask of them - they harried their vaunted Galway opponents, they broke at pace and played some wonderfully clever football while Donal Wrynn and Pearce Dolan were definitely breaking more than even in the battle for midfield supremacy.

With Leitrim’s manager opting to leave Keith Beirne on the bench, it didn’t seem to hinder Leitrim’s attack too much as their movement, clever passing and occasional use of the long ball to Shane Moran or Donal Wrynn on the edge of the squad exposed a few chinks in the Galway armour. 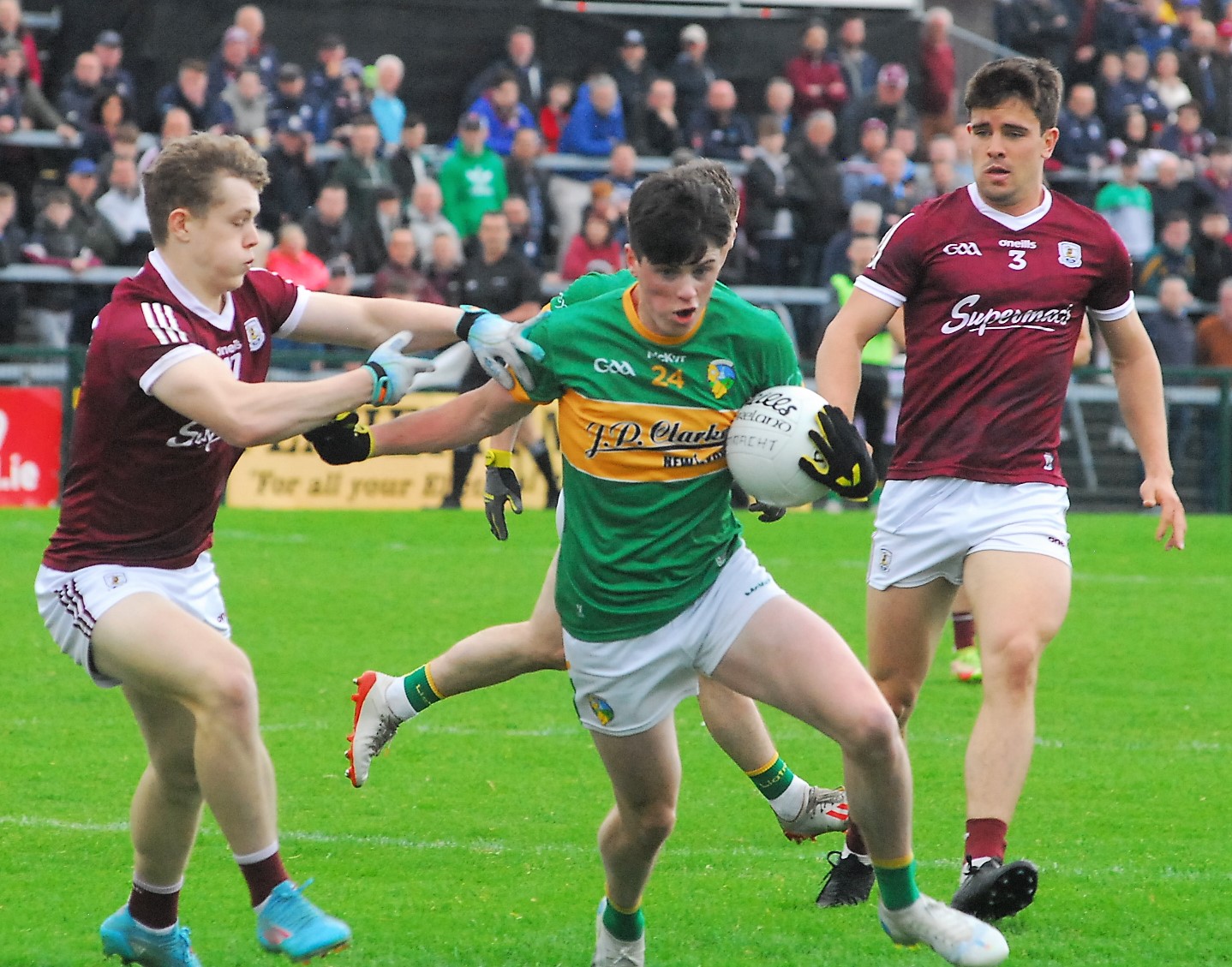 If you had told any Leitrim supporter prior to the throw-in that Damian Comer would be held scoreless on the day, you’d have thought Leitrim would be a long way to pulling off an upset but such is the scoring power of the Tribesmen that they still had 12 different scorers on the day.

Leitrim’s defence, led superbly by captain David Bruen and Conor Reynolds, drafted in late to replace James Rooney, restricted Galway’s chances as best they could, forcing them to shoot from distance - unfortunately, Galway’s forwards were equal to the task with Cillian McDaid booming three monster scores over the bar.

But the intensive efforts Leitrim put in and the pace Galway were playing the game, dragging Leitrim over and back across the field saw the Green & Gold start to buckle in the final ten minutes of action in the first half as the Tribesmen fired over five points to just one in reply from Leitrim.

It meant that Leitrim went into the break looking at a seven point deficit, scarcely reflective of the action in the first half.

But as bad as that was, it got much worse as Galway’s first score right after the break was a goal from sub Paddy Kelly and that opened the floodgates.

Suddenly Galway were ten points ahead, in control and despite Keith Beirne and Riordan O’Rourke both scoring fine points in the response, Galway were now exploiting the space left by a tiring Leitrim defence and the scores started to flow.

Kelly grabbed a second goal midway through the before subs Niall Daly and Owen Gallagher both added their own clinical finishes to leave Leitrim with another crushing defeat less than 12 months after Mayo’s record equalling 24 point victory in Castlebar.

Yet it felt much different to what transpired last July - Leitrim went toe to toe with the Tribesmen and caused them problems but they had no answer to the superior physical conditioning of the home team nor their greater ability to grab scores from any and all sectors.

Cillian McDaid gave very early notice of his ability to hit the target from distance when he fired over from long range on two minutes. Donal Casey made a superb diving block to deny Damian Comer a certain score and Leitrim took advantage when Donal Wrynn gathered a long ball into the square and squeezed the ball over from a tight angle.

Galway looked as if they were going to break through for a goal when they worked a two on one but Mark Diffley’s raised hand prevented the danger and when the Galway defence lost the ball, debutant Ciaran Cullen fired over to put Leitrim one up after eight minutes. 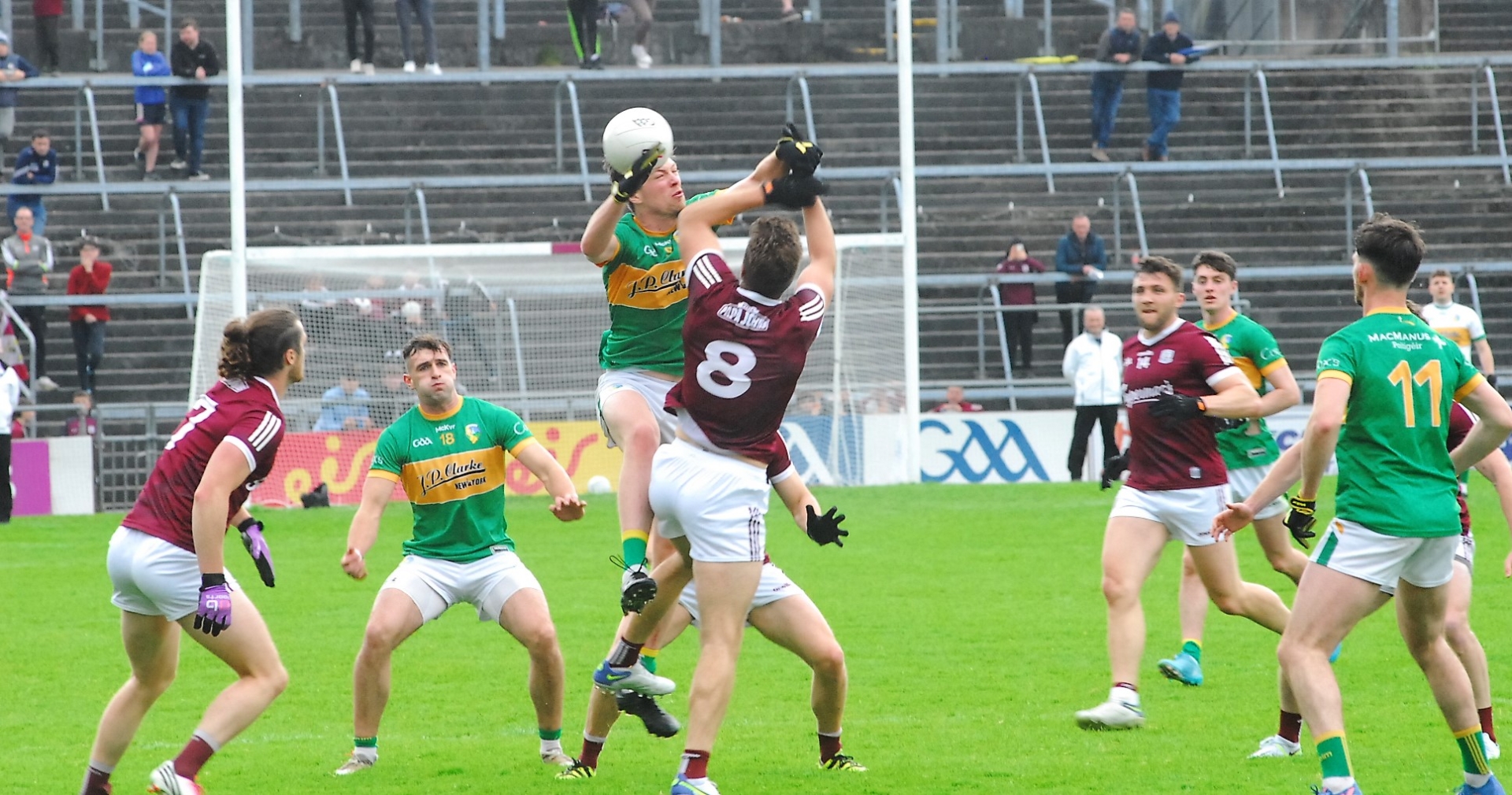 Galway bared their teeth - Paul Conroy and Rob Finnerty, set up by full-back Sean Kelly’s run, fired over points within 60 seconds. Yet Leitrim were holding their own with Ryan O’Rourke punishing a foul on his cousin Riordan with a successful free on 12 minutes.

But the class of Galway was evident when McDaid managed to get control of an overhit pass and then blasted over from 40 years. David Bruen had a wide and from that kickout, Galway worked the ball to Johnny Heaney in space for a simple score on 15 minutes.

Conor Dolan saw a shot go badly off target but the Glencar Manorhamilton man made amends a minute later when scoring from distance after good work from Ryan O’Rourke, the gap back to a point.

Shane Walsh got his only score from play a minute later before McDaid landed his third long range point, this time from the 50 yard line and suddenly the gap was three points.

The sense that Galway were beginning to wear down Leitrim’s defence was heightened as Finnerty (mark) and sub Paddy Kelly both pointed. Pearce Dolan’s superb catch from Brendan Flynn’s kickout led to a long ball down the wing for Ryan O’Rourke and the Fenagh man did well to fire over.

But the run-in to halftime did huge damage to Leitrim’s hopes as Galway reeled off three points from Walsh (two frees) and Conroy to leave them with a suddenly daunting 0-12 to 0-5 halftime lead.

Andy Moran brought on Keith Beirne at halftime for Shane Moran, who picked up a booking in the first half, adding to the introduction of Tom Prior for Ciaran Cullen but it was Galway who quickly killed off the game early in the second half.

Rob Finnerty first fisted the ball wide but Galway managed to win a fifty and when Shane Walsh’s shot dropped short, Finnerty somehow managed to keep the ball in play. Two short, quick passes in a crowded goalmouth and Paddy Kelly blasted the ball to the net and the air was let out of the Leitrim challenge. 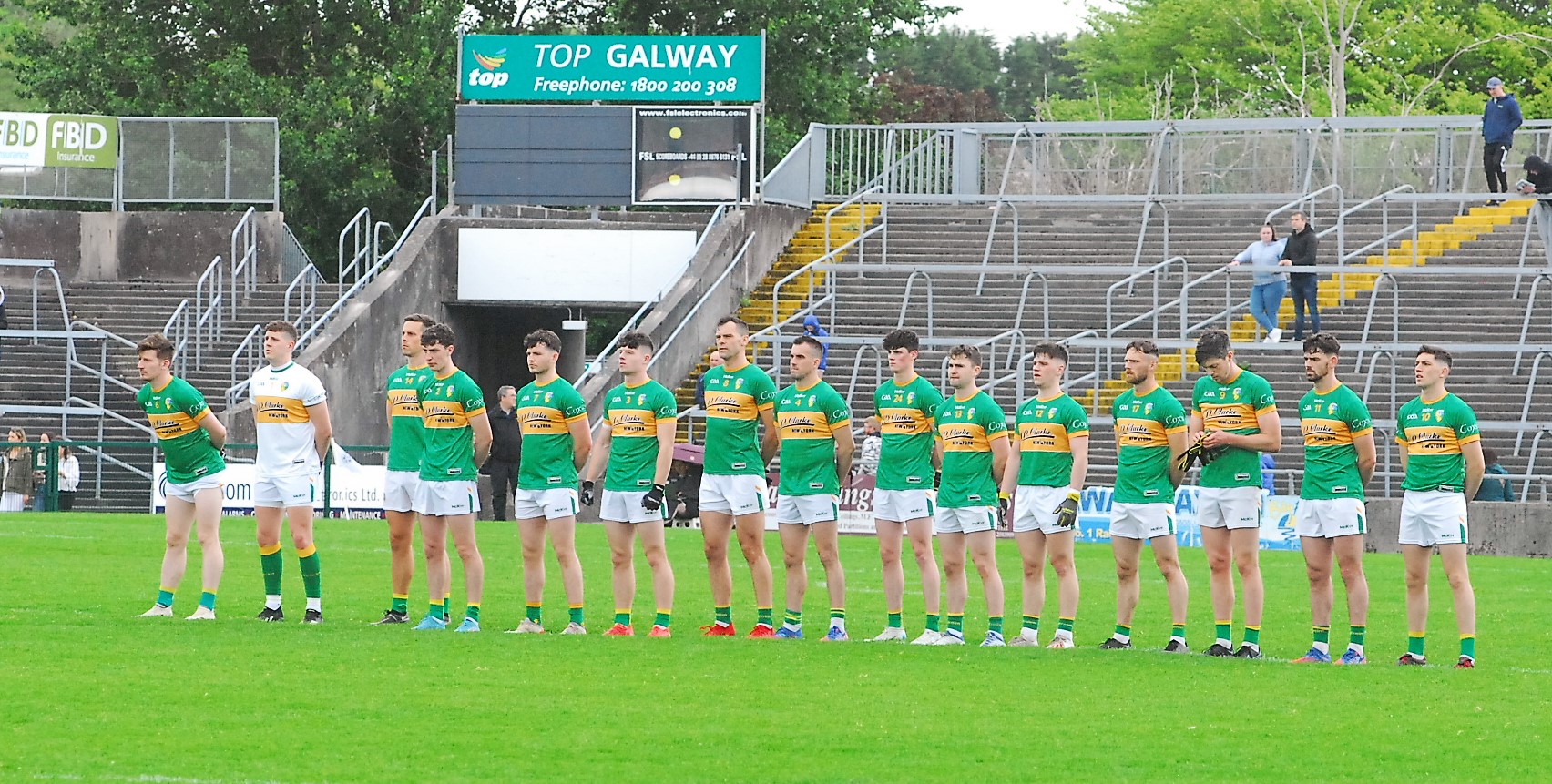 The Leitrim team stand for the national anthem before the game Picture: Willie Donnellan

Riordan O’Rourke tried to lift his team with a fabulous diving catch to claim a mark he converted but Galway were hunting goals, Finnian O’Laoi’s goal bound shot deflected over the bar on five minutes.

Keith Beirne scored a fine point after good work from Tom Prior and Ryan O’Rourke in between points from Matthew Tierney and Finnerty but the game was effectively over on 51 minutes when a superb sidestep from Shane Walsh opened up the ground ahead of him. A pass to the marauding full-back Sean Kelly punched a big gap in the Leitrim defence and a further pass to an unmarked Kelly led to an expected goal.

Walsh fired over three unanswered frees between the 19th and 24th minutes before goal number three arrived, Leitrim losing the ball in attack and Galway attacking at pace although it has to be said sub Niall Daly’s shot did benefit from a big deflection from a Leitrim player on its way to the net.

Dessie Connelly and John Daly added points before Keith Beirne and Tom Prior both scored late points for the Green & Gold.

The final minutes saw Galway denied what looked like a clear penalty and it seemed to anger them as they raced through in the third minute of added time, a bewildering move finished off by sub Owen Gallagher for a clinical taken goal.