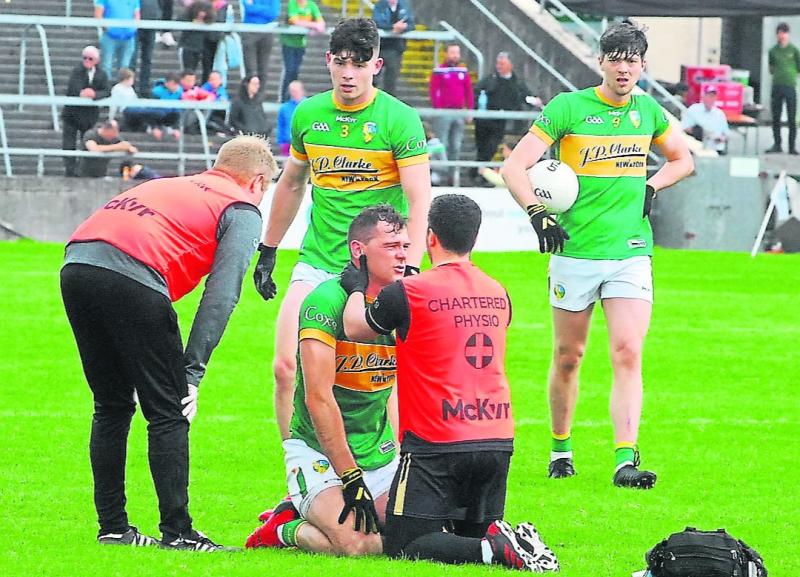 Hard to endure what happened on the field in the second half last Sunday in Pearse Stadium but even harder to relive and put the experience into words but Donal Casey insisted that Leitrim will learn valuable lessons from their heavy loss to Galway.

Speaking to the Observer after the game, it was quite clear the young Leitrim Gaels players was stunned by how the match turned out: “The first half went off very, very well, we were there or thereabouts and we thought we definitely could do something, particularly with the subs we have coming on.

“We have such depth in our subs that could come on in the last 15, 20 minutes and really impact the game. They did but I just don’t know what happened in the second half, it just didn’t work out today.”

Galway’s first goal, just after halftime, sucked all the energy out of the game Donal admitted “The goal takes energy out of the team completely and then a few more went in and things started to go wrong and at the end, it just kind of fell apart but that goal had a big impact on the team negatively.”

Yet Donal insists Leitrim will bounce back from Sunday’s trauma in the Tailteann Cup: “This is a new Leitrim team, today didn’t show it with the result but going ahead now, we have our heads down and we have a go and the Tailteann Cup is our goal, get back, regroup again and back to square one.

“Something like this can test a team and we haven’t really been tested like this to date and I think this is something we can bounce back from, definitely next year and the year after, we’re looking to hit them really hard now.”

As for his own performance, Donal was relatively pleased despite suffering a badly injured ankle in the first half: “It was tough enough but I had a goal set out for myself and I hit my goals. We didn’t get the result but personal goals sometimes are important. I said I wanted to play the whole game and I had a job to do and I wanted to see out that job.”