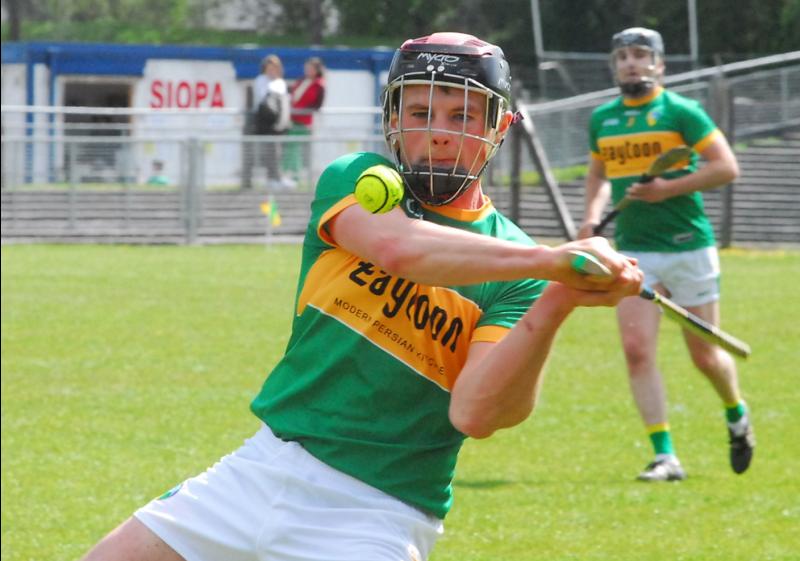 On Sunday, the Leitrim hurlers took a step closer to a Lory Meagher Cup final date in Croke Park on Saturday, May 21 when they easily saw off the challenge of a battling Lancashire side at the O'Toole's GAA Grounds in Dublin.

After Monaghan were docked four points for fielding an ineligible player, Leitrim’s victory means that their meeting with Louth next Saturday in Ballinamore at 12.30 is effectively a winner takes all encounter with a place in the Final against Longford up for grabs.

It was evident that the Leitrim hurlers were fully aware what their mission was when they stepped out onto the O'Toole's GAA pitch on Sunday. They certainly set about accomplishing it from the moment that Cork referee, Nathan Wall blew the whistle to get the action underway.

Olcan Conway's men took the game by the scruff of the neck from the start, going about the job in a confident and determined manner. However on a few occasion during the game they did take the foot off the pedal. In Saturday's showdown with Louth, Leitrim will need to have the foot on the pedal all the time to get on Croke Park's green sod on May 21.

Gavin O'Hagan gave Leitrim an early lead when he fired over a first minute point but Darragh Carroll responded in the space of another minute with a similar score for Lancashire. After that a Brendan Delaney goal, plus two points each from Joe Murray, as well points apiece by Kevin Clerkin, James McNabola and Gavin O'Hagan, put Leitrim in command of the scoreboard as the end of the first quarter approached.

A Ronan Spenser free kept the scoreboard ticking for the visitors as it cut the gap but after that Leitrim put further daylight between themselves and Lancashire by the 23rd minute when O'Hagan put over two frees while Clement Cunniffe pointed another placed ball from well over 70 metres and the energetic Brendan Delaney also chipped in with a point, to stretch the Connacht men's advantage to 11 points.

The Lancashire men reduced the deficit slightly before the interval after Danny Connolly found the range from a '65' and Shane Nugent whipped over a well taken point.

Leitrim enjoyed a 1-10 to 0-4  lead at halftime. Like he did in the first half Gavin O'Hagan, this time from a free, shot an opening minute second half point for Leitrim and two minutes later Danny Connolly hit back with a Lancashire point.

Another O'Hagan point was answered by a Darragh Carroll 41st minute Lancashire goal on 41 minutes, hammered home from over 20 metres out.

However Carroll's strike proved to be a wake up warning for Leitrim who hit back with five unanswered points in the next 13 minutes, O'Hagan with two frees and two from play while Brendan Delaney chipped in with a point.

After going 12 points up at this stage Leitrim seemed to take their foot of the pedal a little and let Lancashire back into the game for the next six minutes when the Exiles responded with points by Danny Connolly, Eoghan Connolly and Kevin Fennelly.

However the Lancashire men seemed to have shot their bolt then as the failed to raise a flag of any description over the last 16 minutes of the action. Leitrim again took command in this period with Gavin O'Hagan firing a penalty to the Lancashire net and also putting over a point while Brendan Delaney tapped over a free and Karl McDermott added a point.