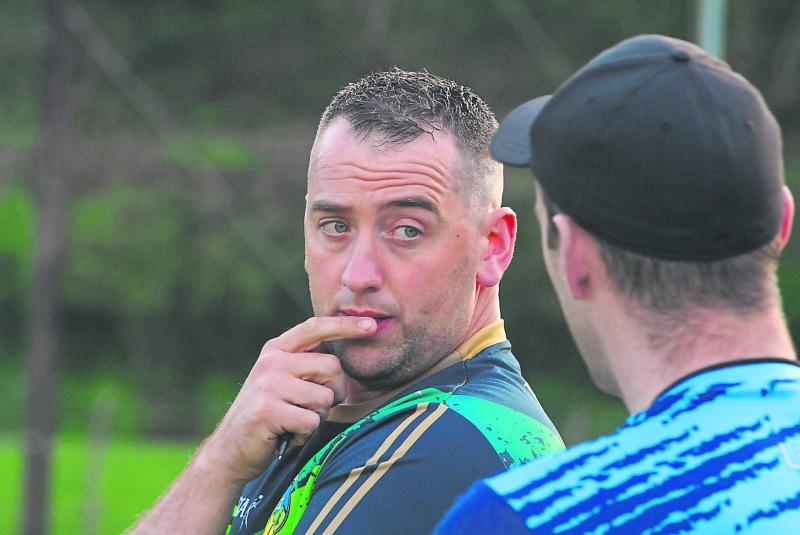 Hugh Donnelly is not a man to underestimate the opposition so you can be sure that Leitrim will definitely not underestimate the challenge of Roscommon in next Sunday’s TG4 Connacht LGFA Intermediate Final in St Jarlath's Stadium in Tuam (2pm throw-in).

In a strange twist of fate, Roscommon will probably start the game as favourites due to their status as Division 3 League champions but Leitrim have beaten them in their last two meetings, including last December’s 2021 Final, so it makes for an intriguing encounter.

And it is one the Ladies manager, pictured inset, is relishing: “Absolutely and we’ve beaten them twice in terms of last year and this year already so by all means, they’ll be ready for us and gunning for us and we expect an onslaught and everything being thrown at us.”

Donnelly’s charges beat Roscommon 2-12 to 1-10 in the opening round of the championship but the Leitrim manger expect a tough test in Tuam: “They are Division 3 champions and we have yet to play against their full squad, they weren’t at full-strength and if we took two or three of our main players out of the team, then we’re going to struggle - I suspect they will be at full strength this weekend.”

Contesting the final adds to the occasion: “It is great to be back competing in Connacht Finals - I always love the Provincial competitions because it is your natural competition and you want to win, to push for back to back wins .

“We were the better of the three teams so it boils down to putting in another good performance.”

The Leitrim manager hopes that Michelle Guckian and Leah Fox have recovered from knocks picked up in the win over Sligo but reveals that his squad are battling injuries at the moments: “Michelle and Leah should be fit but believe it or not we are carrying a few knocks. For the last two years, we’ve been very, very lucky but all of a sudden, we’ve got a few knocks and niggles and our physio has been very busy.

“We have to get the balance right of how much they can play and how much they should play but we have 30 players on the panel and we’re going to push on and should some of them not make it, there are players ready to step up and do a job.”

The previous meeting between the teams saw Leitrim look the better team but they had keeper Michelle Monaghan for a couple of vital saves: “Michelle pulled off a few great saves that day so in terms of the game itself, we couldn’t have asked for much better.

“You are always looking to try and implement bits and pieces in terms of tactics, opposition kickouts and things like that. What we’re trying to do is match that performance and that is the minimum we’re looking for, anything below that is going to end in a result we’re not going to want.”

Getting the balance right between concentrating on your own game and being aware of the threat posed by the opposition is a delicate business: “We know what is ahead of us in terms of what Roscommon are going to bring to the table and sometimes when you know what is ahead of you, you can address it.

“We’re looking for two different things - we’ve got to give Roscommon respect but we’ve also got to focus on ourselves, on our strengths and what works for us. It has the makings of a great game so we’re looking forward to it.

“The bottom line is about trying to get as close to those performances we got against Sligo and Roscommon. At times, we’ve struggled with that but what we can control is how we approach the game, how hard we’re going to work and I’ve no doubt that the girls will be more than happy to go in as underdogs. I know the girls will leave absolutely everything out on the pitch for us.”