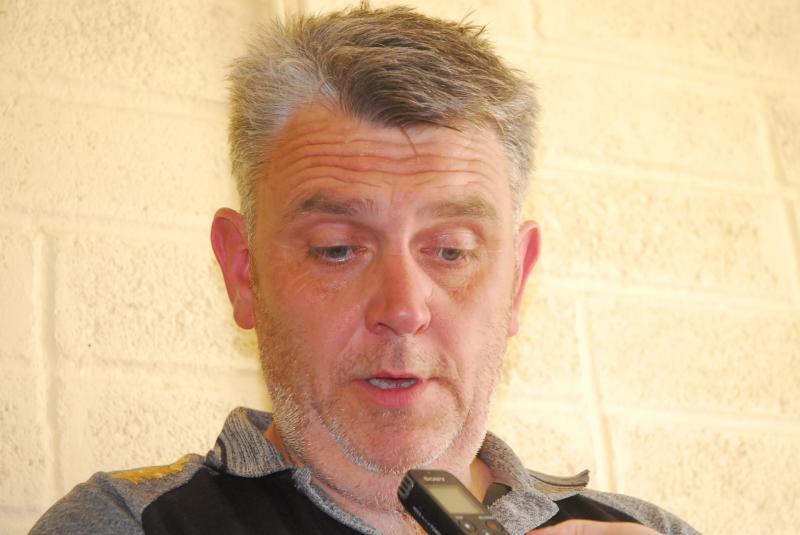 When a place in the Lory Meagher Cup Final is so close that you can almost taste  it, it is not hard to imagine the trauma Leitrim’s players endured last Saturday in Ballinamore when Louth scored two injury time points to snatch it all away from them - all you have to do is look at their manager Olcan Conway!

The Leitrim manager looked shattered, both physically and emotionally, when he emerged from the dressing room after Saturday’s heartbreaking 2-18 to 2-16 loss to Louth in a game where a draw would have been enough to send Leitrim to Croke Park for the Final.

Olcan isn’t one to make excuses and typically, despite the hurt caused by the loss, he didn't sugar coat it last Saturday: “It is a tough one to take because we hurled ok, we didn’t hurl as well as we could do and I suppose it is a story of missed chances. We just didn’t put the ball over the bar enough times and kept letting Louth stay in the game.

"They were quite clinical and we weren’t so you have to take it on the chin now, it is what it is and there is nothing we can do about it. That is sport, it is unfortunate but fair play to Louth, they worked hard for the full 70 minutes and came out on top so we’ve got to wish them all the best in the final now against Longford.”

The feeling that Leitrim were the authors of their own misfortune, hitting 17 wides to Louth’s six over the 70 minutes, was hard to shake and again, Olcan didn’t flinch from the harsh reality: “There are small things in games that go against you and go with you and sometimes on the sideline, you think everything is going against you.

“But it is small mistakes that are costing you and those fine margins are costing you games. Louth were fit to capitalise on our mistakes and our misses and they turned us over, they were clinical. We hit a lot of wides today and unfortunately, you can’t miss those amount of chances and hope to win a match.”

Early in the second half, it looked as if Louth were going to run away with the game but Leitrim fought back to draw level as the game entered injury time: “When we went six points down, we weren’t really hitting the panic button, we knew we needed to do some of the basics better, deliver the ball better and keep the pressure on.

“We felt like we were getting on top of them in a lot of positions on the field and we were defensively strong enough against them but missed opportunities and a few mistakes always cost you.”

Looking back over the Lory Meagher Cup campaign, Olcan pinpointed the loss to Monaghan as the key factor rather than the loss to Louth: “It is a long tough campaign, well not long, a short campaign is a better way to describe it but when you reflect on it, our performance against Monaghan put us in this position today.

“If we had played a little bit better against Monaghan, we would have been qualified today and wouldn’t be in this situation but this is a very young squad and hopefully, they will learn a lot from it and take it forward with them.”

As for the future, Olcan believes Leitrim hurling is in a good place after a period of huge transition: “Leitrim hurling is on the rise, I’d like to think it is on the rise. The squad has changed immeasurably since I took over and it is very young. These lads have to learn in situations like today, you just can’t let it slip, you have to take the opportunity but they are a very good bunch of lads, they are very honest and they will learn from it.

“You would like to think that whoever is there with them or whoever it may be, whether it is me or somebody else at the time, they’ll come back next December, work hard and try and get in this position again and when they do, hopefully, they’ll take it."