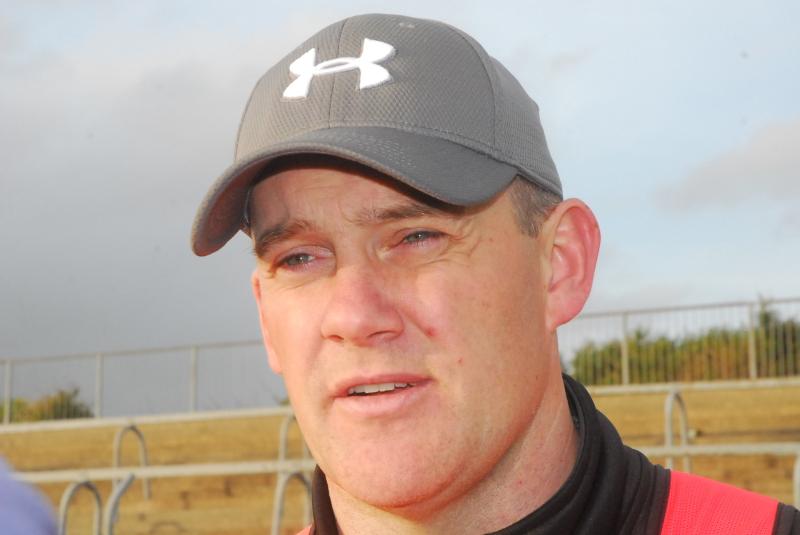 For a game that tethered on a knife’s edge for so long, finding where it went wrong for Leitrim last Friday evening in the Electric Ireland Connacht Minor FC wasn’t easy but manager Adrian Dockery pointed to Sligo’s running game and the concession of four goals as key factors in Leitrim’s loss.

Talking about the game last Friday, Adrian was full of praise for his troops but admitted Sligo caused Leitrim real problems: “For long spells, there were a couple of great individual performances. You don’t want to single too many individuals out but Paul Honeyman and guys like that, really, really super performances.

“But Sligo's transition game was really, really good - every game is different but their running game was particularly strong and we struggled a little bit on that side of it. We went out of the game a little bit in the middle third and they really capitalised on the black card. We were hoping to stay alive in that spell but it just didn’t happen.”

Leitrim’s failure to capitalise on their own goal chances proved costly despite a healthy return on the scoreboard: “2-15 on the board, I think we had 20 or 30 scoring chances but in the first half, we struggled a little bit on our own breaks, I suppose we didn't put enough between ourselves and them and we paid for that in the second half.”

In fact, Adrian saw comparisons with Leitrim’s own performance against Roscommon just a week previously: “Sligo were like us last week, they had a couple of goal chances they didn’t take, Shaun Sheridan had a couple of really, really good saves, a few lads covering back but you don’t want to be giving up goal chances like that and especially not multiples of them.

“Eventually you are going to run out of luck and that is what happened. They tagged us there for four goals and when you are conceding four goals, you are going to struggle to win a game but you’re trying to pull a few positives out of it. We were just trying to figure out a way of stringing together those periods we were on top and making them last a bit longer and doing a bit more damage when we are on top.

“You have lads having above average performances, some lads a little bit below what they are capable of so you are trying to even it out.

“It is a decent Sligo team. We were a little bit unlucky in that two of the guys who were stalwarts for us last week,  Eoghan Duignan and Eoghan Moyles, both had to come off with knocks which gives other guys a chance but they would be two of our top defenders.

With a place in the semi-final still up for grabs, Adrian is intrigued by the rest of the campaign: “Sligo have to beat Roscommon, that’ll be a good battle. We’ve played them in back to back weeks and there is not that much between them and then you see the result there, Galway beaten 1-13 to 0-4, I don’t know what was going on there.”

As for the final game of the campaign, Adrian is looking for his charges to put together all the good elements they have displayed over recent weeks when they face Galway: “We’re lucky there is a game next week - we said that against Mayo, we played for 15 minutes and we had the game against Roscommon.

“We played for 30-40 minutes here and it is about putting it all together, soaking up the pressure when the other team get their purple patch and that’s all part of learning for these lads and for us as well.”