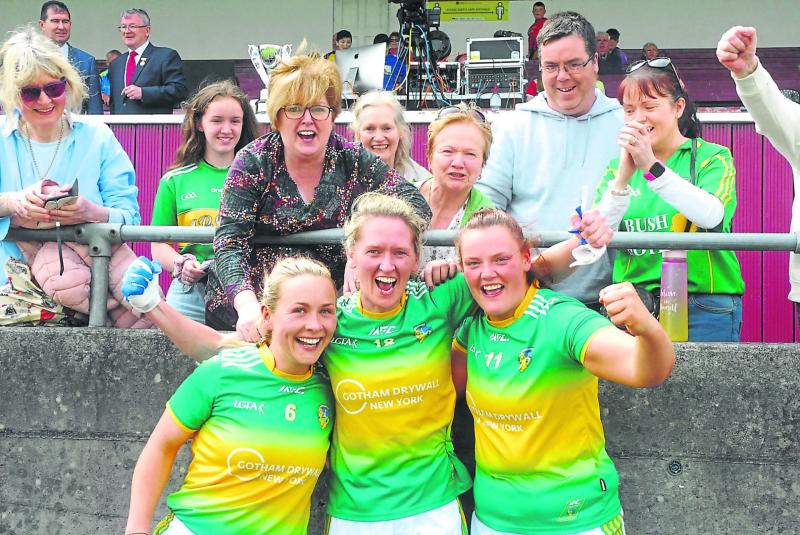 The weekend of May 28-29, promises to be a bumper weekend for Leitrim's mens and ladies football teams with both in action in All-Ireland action - Andy Moran's team taking on Antrim in the inaugural Tailteann Cup while Hugh Donnelly's Ladies start their All-Ireland campaign.

Fresh from retaining the Connacht title, Leitrim Ladies captain Clare Owens said that they were setting their sights on the All-Ireland campaign: “I don’t know what the draw is for the All-Ireland series but we will enjoy tonight, reset and I’m really excited about the Summer, it could be a long one yet.”

With the full draw not fully confirmed, Leitrim do know that Wexford will be in their group with the game provisionally fixed for Sunday May 29.

For Leitrim men, it is expected their clash with Antrim will take place on the Saturday May 28, with the Connacht and Ulster Finals scheduled for the Sunday although it may be an unusually early start with the Leinster and Munster Football Finals on the Saturday along with clashes with the Champions League Final and the European Cup Rugby Final.

Andy Moran's side will face an Antrim team who were beaten 1-20 to 0-10 by Cavan in the Ulster championship. It will also be a rematch of the 2021 League clash that saw the Saffrons prevail 2-17 to 1-19 in Corrigan Park after Leitrim recovered from a 12 point deficit to almost snatch victory.

Favourites Cavan will host Down in Breffni Park, Sligo & London meet in Markievicz Park while Fermanagh travel to take on Longford.