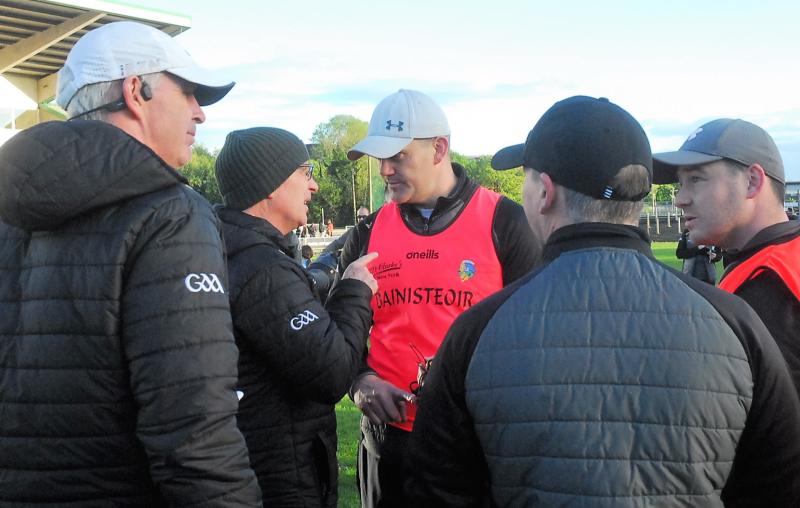 All the good performances and progress can sometimes be for naught unless there is something tangible at the end of it all. So that’s why Adrian Dockery was a very happy man after Leitrim’s historic victory over Galway last Friday in Avant Money Pairc Sean Mac Diarmada.

Friday’s victory was the first over the Tribesmen since the 2014 Connacht Minor League victory and the first in the provincial Minor/U17 championship since Leitrim defeated Galway in 1998 on their way to lifting the Connacht Minor title.

So it is easy to understand why Adrian was delighted to register a win after some good performances against Roscommon and Sligo that didn’t yield a victory: “We were talking about that, we needed something out of this competition. They were full value for it. It was a strange game because we were struggling to put the goals away in previous games but we got the goals today and the points were coming a bit harder.

“But it can be very difficult game-to-game with young fellas. Sometimes they are up for it, other times for different reasons, they might be off and you don’t know what way games are going to go but you just knew this evening, early on, that they were up for it. They have a very good idea of the football we like to play, what suits the group and their resilience, they are a really great group to work with.”

What really pleased the Leitrim manager is that there have been different players who have stepped up in each game, Darragh Gardiner and Tom Plunkett to the fore against Galway: “It is different fellas each game and that is what you need. If you are depending on one or two guys every game, if they have an off-day, it is going to be difficult to put a consistent performance together.

“That is what we’re looking for and we asked the guys to be brave, to have a go at it and really put themselves out there and they did. We had a bit of a setback earlier, the two lads who came off in the Sligo game, Eoghan Duignan and Eoghan Moyles, went down late on us, they weren’t available.

“But the guys who stepped in, I thought Colm McLoughlin put in a great shift at wing-back, Eoghan Ridge came back in, a lot of guys there left with another year, they came in and didn’t miss a beat and the usual guys set the tone but just a super performance over the entire game. There was never a time when we were really taking water on.

“Naoise McManus was unlucky not to start today but comes in and scores, that is exactly what you’re looking for from a guy, putting his hand up for a jersey in two weeks time hopefully.”

Adrian also highlighted Leitrim’s ability to deal with the pressure: “This is a group that has real depth of resilience, you think of the Roscommon game where they were five down with time up and they clawed it back to get a draw. Against Sligo, I thought we played some of our best stuff in spells but to put it all together over 60 minutes and see it out, very satisfying and fully deserved.

“I thought they absorbed the pressure well when we needed to, they broke well and took the scores, in the main. We created a lot of scoring chances and we could have been a bit more efficient with it but 3-8 isn’t bad and the goals we have been finding it hard to come by, we found them today.

“It gave us that little extra bit of belief kicking into that wind. Going in at halftime in the lead, we thought we had a great chance.”

Leitrim now face a potential Connacht Minor B Final against Roscommon - we say potential because the game hasn’t actually taken place too often. With players facing Leaving Cert exams, the game is provisionally fixed for Friday June 3, and Adrian is very eager to play the game.

“For a lot of these guys, it is their last year of youth football for Leitrim and you don’t know what happens with lads when they move on. We’d be eager for them to have one more chance for them to put the jersey on and hopefully the people that came here today enjoyed it and the way we played - there was a great bit of grit in it, a great bit of heart and great to see it.”