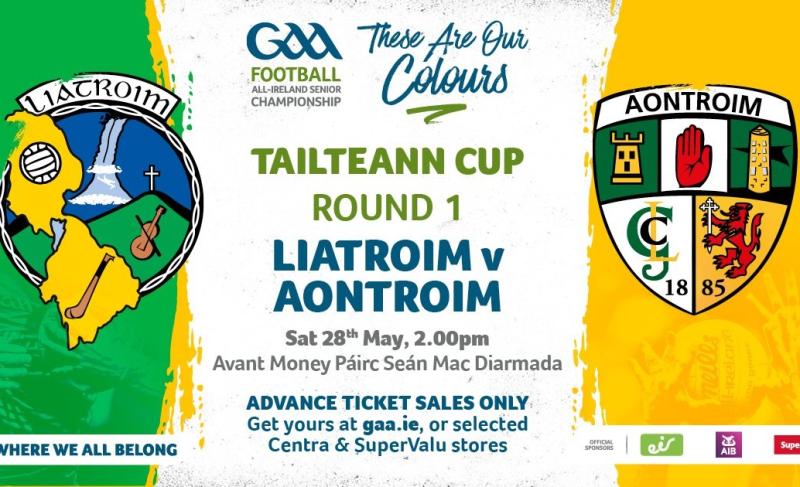 Tickets have gone on sale for next Saturday's Tailteann Cup clash between Leitrim and Antrim in Avant Money Pairc Sean Mac Diarmada with fans reminded that they must buy their tickets online and in advance of the game.

Tickets for the game cost €15 for adults and are available HERE at the GAA's TicketMaster.com website while the game will also be streamed live by GAA.GO HERE, a one-off purchase for Saturday's game costing €10.

Leitrim and Antrim face each other in the championship for the first time since 2001 when the Saffrons beat Leitrim 0-13 to 1-8 in Casement Park in the first round of the new Qualifiers. Antrim, who finished third in Division 3, lost by 13 points to Cavan in their only championship outing this year while Leitrim had five points to spare against London before losing by 23 points to Galway.

The GAA have also launched a number of promotional videos on social media ahead of the first round proper of the Tailteann Cup:

The second game of the Tailteann Cup takes place later this afternoon; here is a little explainer behind the usage of the name 'Tailteann' for the new Football Championship. pic.twitter.com/GvTKfLcHyb