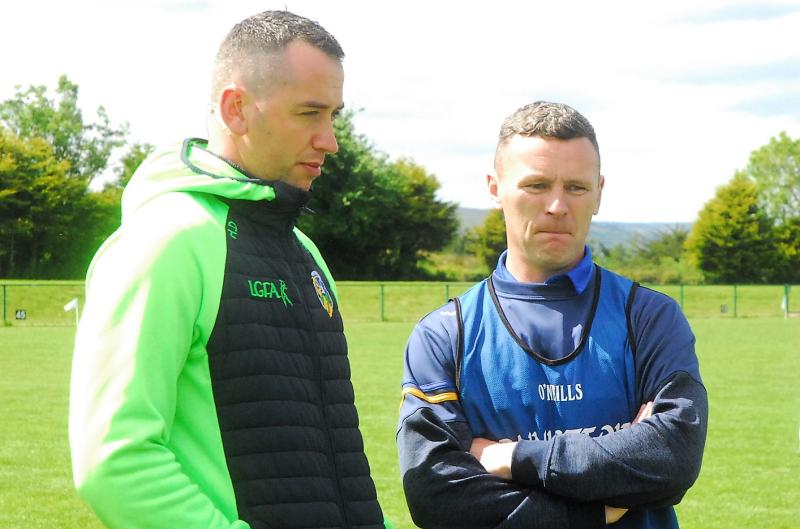 Wicklow expected a battle when they travelled to Shane McGettigan Park on Sunday and they certainly got it according to their manager Leighton Glynn who was delighted to see his team shock the newly crowned Connacht Champions.

The former Wicklow great and International Rules player was thrilled to see his team prevail against a Leitrim team he rated highly: “Connacht champions who beat a highly rated Roscommon team so we knew it was going to be a battle. We knew it was a battle but we’ve been improving as we go but we could see the girls were really up for this one today, even the preparation was brilliant for them.

“Our season has been kind of stuttery - we had two draws and a loss in the league and then only one win in the Leinster championship. It was what it said on the thin, it was a battle and we could have been on the wrong side of it as well. The girls dug in and saw it out.”

It is obvious from talking with Glynn that Wicklow had done their homework on taking on Leitrim, with the Wicklow boss particularly impressed by Michelle Guckian: “I had nightmares watching videos, she has been fantastic. Leitrim have dangerous forwards and every time they got the ball, Guckian and these girls, your heart misses an auld beat in a game like that. They’re fantastic players and our girls really had to dig in and that’s what I’m so proud of.”

However, with captain Sarah Jane Winders and Sarah Hogan delivering big performances, Leighton felt Wicklow were good value for the 3-10 to 3-9 win: “I think so without sounding biassed. We were kind of hit on the counter attack. I thought the referee was really good, he refereed it really well.

“We had SJ to do a job on Michelle Guckian and then when she moved in at times on Sarah, they did fantastically well to curtail her. Meadhbh Deeney and Marie Kealy got a couple of early scores and it settled us down, Amy Burke was very good.

“Then Niamh Mc in the middle alongside Aoife Gorman, they were fantastic. Niamh Cullen was fantastic at half-forward, our wing backs and wing forwards. I’m just so impressed with them, it is never easy to come to Leitrim no matter what ground it is because they love their football .

“That’s what I was saying to the girls after the match, not many teams would have come up here today and dug in and got a win and we’re after doing it.”

Wicklow can now face into clashes with Offaly and Wexford in the coming weeks as they seek to book their place in the Quarter-Finals: “That’s the only thing with Ladies football that needs to be looked at. Our League, our Leinster championship and our All-Ireland are the same teams.

“We need a break from looking at the same faces but we have Wexford next week at home and the girls should have confidence going into that one.”