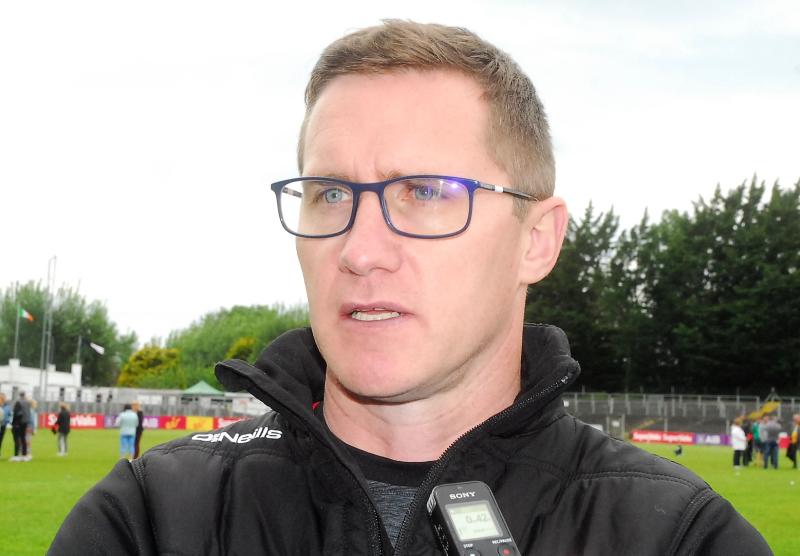 Margins in championship football are tiny but how about a suggestion from a rival manager that their teams should practice penalties paying off in spectacular fashion for Sligo last Sunday in the titanic Tailteann Cup clash with Leitrim.

After the tie was decided on penalties, Sligo manager Tony McEntee revealed that Clare boss Colm Collins, whose team had been beaten by Limerick on penalties in  Munster, suggested they practice penalties after a challenge game.

“Colm Collins said you need to prepare for penalties,” revealed McEntee, adding “because he hadn’t prepared for penalties and he’d be caught out with them in the first game that went to penalties.”

Yet the former Armagh star revealed that Sligo weren’t overly focused on spot kicks: “In that match we took penalties but we haven’t practiced them since but in the huddle when we asked who wanted to take penalties, I had no difficulty whatsoever in finding five men stepping forward, four in this case saying I want to take a penalty.

“That was a good sign of leadership within the team and they took them well, they may be nervous but they performed to their ability. Aidan, our keeper, was very good, he is a great presence in the net when it comes to penalties, he is big and strong and he obviously guesses well.”

Naturally the big talking point after the game was the decision to disallow a Shane Moran goal seconds into extra-time but McEntee, without the benefit of TV pictures, simply said “I think when the umpires called it a square ball, it absolutely must be because generally they don’t ever give it.”

A relieved man after the game, McEntee suggested that the contest was an epic occasion and he remarked on the impact of the partisan Leitrim crowd: “I would say that was a great advertisement, not just for the Tailteann Cup, but for teams who are at the same level, competing against each other.

“It was a great game, not just on the field - the crowd really got into it, the crowd got really involved in it and there was a large home crowd here too and they cheered Leitrim on and as a result, Leitrim would not lie down despite, for large parts of that game, we had many, many chances.”

In many ways, McEntee felt that Sligo contributed to their own struggles as they failed to take their chances, joking “Sixteen wides today, 17 the last day - equally impressive in fairness to us, isn’t it?” before adding “Started very poorly from our perspective, we had a goal and two given away and maybe three or four chances that we put wide.

“Of course we didn’t panic, we kept the ball, we worked our way around it - we had 48 chances today which is something that, if it is possible, was worse than the last day. I think the part of it that I’m going to look at is that we are creating lots of chances, lots of opportunities.

“Today some of those chances are maybe from bad angles but we are creating a lot of chances, we are working hard and what’s more, we’re not actually giving up. When Leitrim kept coming back and coming back, our lads kept pushing ahead and we had our opportunities in normal time and extra time and we probably should have won the game in normal time.”

However, he did feel they should have killed off the game: “Four points up, we had a number of opportunities that we should have capitalised on. Some of that was possession we gave away  and on two of the occasions we gave the ball away or balls dropped short, they came up straight up the field and got points - that is disappointing to me.”