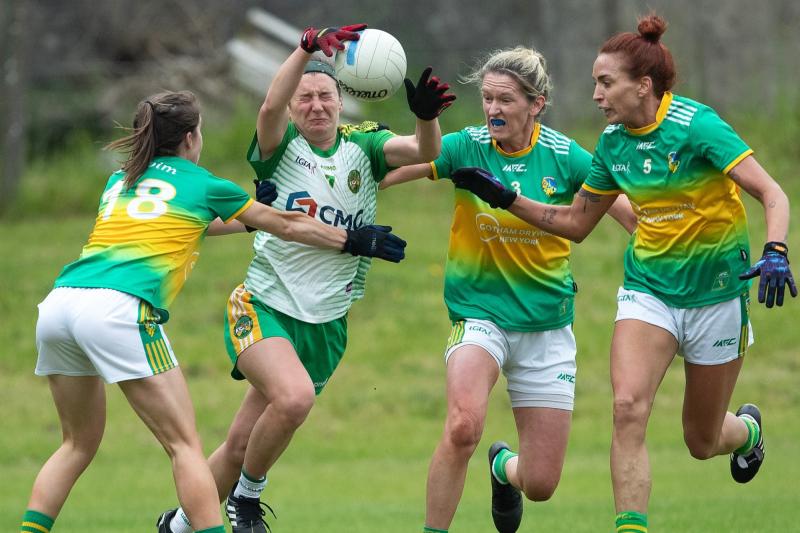 Leitrim's final game in this year's TG4 LGFA All-Ireland Intermediate Championship against Wexford has been fixed for Enniscorthy next Sunday at 2pm with the match also available to watch online for fans unable to make the journey to the Model County.

Wexford will be looking to complete their Group 1 campaign with a 100% record after narrow wins over Offaly and Wicklow when they host Hugh Donnelly's Leitrim side at Bellefield in Enniscorthy on Sunday (directions from Avant Money Pairc Sean Mac Diarmada HERE) but the 2022 Connacht champions will hope to end their season on a high.

Tickets, costing €10 for adults, €5 for students and OAPs and €2 for U18s, can be purchased through the LGFA Universe.com webite HERE while fans who are unable to travel to Enniscorthy can watch the game online via the LGFA website HERE with a single game pass cost €5, while you can sign up for a weekend pass, which cover 11 weekend games, for just €10. A season pass, which will cover all games in the TG4 All-Ireland Championships not shown live on linear TV, will cost you €50.

In other news, Michelle Guckian tops the scoring TG4 All-Ireland Intermediate Championship charts after two games. Her tally of 1-11 after the games against Wicklow where she scored 1-3 and eight points against Offaly last Sunday. Michelle is a point clear of three playerswith Kildare’s Aoife Rattigan (1-10), Wicklow’s Marie Kealy (0-13) and Tyrone’s Chloe McCaffrey (2-7) all locked together on 13 points.

Mairead Daly (Offaly), Katie Walsh (Sligo) and Emma Lawlor (Laois) are next on the list with 11 points with Ballinamore Sean O'Heslins duo Laura O'Dowd and Roisin McHugh who both scored 1-2 so far ranked 24th and 28th. Other Leitrim players to make the scoring list, compiled by Bill Hill Wicklow.com and available to look at HERE, are Siomha Quinn, Leah Fox, Megan McGovern and Carla Le Guen.

The list does not include any players competing in the TG4 Senior championship which only gets underway this weekend.