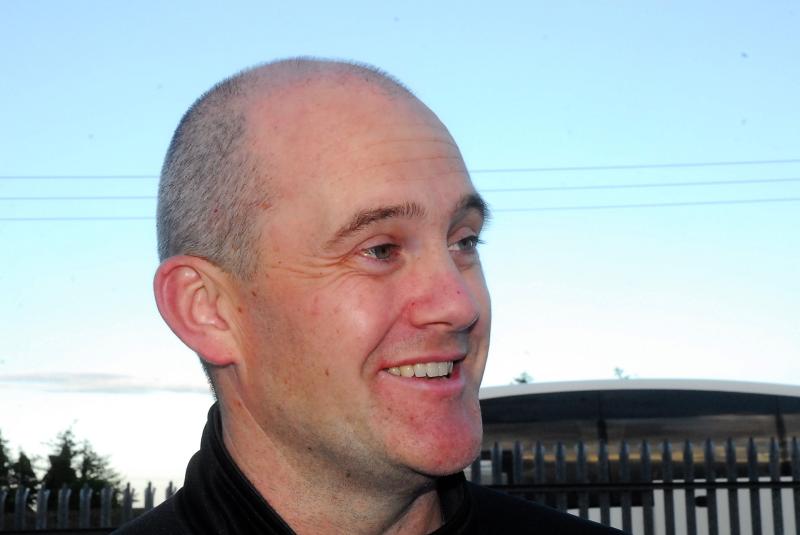 Leitrim GAA expressed their disappointment with the news that Minor team manager Adrian Dockery has resigned from the post in the wake of one of the most successful campaigns for the county minor team in recent year with Leitrim scoring a first championship win over Galway since 1998.

In a development that will come as a surprise to many, the former Roscommon footballer paid tribute to the young footballers he led since taking on the post in January 2021: "Above all, I would like to take this opportunity to thank all the players & their families for their commitment & efforts this past two years. I hope this outstanding group of young men enjoyed the experience and will continue to represent themselves, their families, clubs & county with distinction in the future."

Dockery, who has also had a management role with Kiltubrid, is the second high profile Leitrim manager to step down in the past week in the wake of manager Hugh Donnelly relinquishing the reigns of the Ladies Senior team.

In Dockery's two years, Leitrim suffered a 2-18 to 2-9 loss at the hands of Sligo in Markievicz Park with the home side finishing very strongly in a game where the scoreline didn't reflect the closeness of the action.

In 2022, Leitrim suffered a 2-16 to 0-6 defeat at the hands of now Connacht Champions Mayo before going on to grab a dramatic 1-13 apiece draw against Roscommon. Defeat against Sligo followed but the key factor in the 4-18 to 2-15 defeat was a ten minute black card period in which Sligo grabbed two goals.

Then came the historic 3-8 to 0-12 victory over a Galway team who had subsequently gone on to reach the All-Ireland Semi-Finals by defeating Leinster champions Dublin before the season ended with a 4-14 to 1-9 defeat at the hands of Roscommon in the Connacht Minor Shield Final.

In his statement released by Leitrim GAA County Board, Adrian said "I wish to express my gratitude for having been given the opportunity to manage the Leitrim Under 17 team for the last two seasons. It was an absolute privilege & a fantastic experience. I would like to thank our backroom team, Coaching & Games Staff, and Leitrim GAA County Board. Their work and support, often unseen, were enormously appreciated.

"Above all, I would like to take this opportunity to thank all the players & their families for their commitment & efforts this past two years. I hope this outstanding group of young men enjoyed the experience and will continue to represent themselves, their families, clubs & county with distinction in the future. Thank you all.”

In announcing the news, Leitrim GAA said "Leitrim GAA is very disappointed to announce that Minor Football Manager Adrian Dockery has decided to step away from the role, following the conclusion of this year’s Connacht Minor Football Championship. The Roscommon native has been in charge of the county’s fortunes at this level over the past two seasons but has decided to relinquish the role, primarily due to an increased workload in his professional capacity.

"Taking on the role of County Minor Manager in January 2021, in the midst of a nationwide Covid Lockdown was an arduous task for Adrian and his Management team and it wasn’t until late April that they could meet their prospective charges in person. Despite this, he and his coaching staff successfully moulded a team together to be very competitive in the 2021 Connacht MFC v Sligo in late July, which was played on a knock-out basis. Ultimately, Sligo went on to claim the title.

"This season in which, thankfully, normality resumed, Adrian and his backroom team put together a squad of players that was one of the more competitive Minor Squads in recent times, resulting in performances that yielded a late draw with Roscommon and a first Connacht MFC victory over current All-Ireland Minor Semi-Finalists Galway, the first victory at this level over the Tribesmen since 1998. The campaign ended with a Shield Final loss to Roscommon on June 3.

"Adrian has been a model of professionalism in his role as Leitrim Minor Manager and we thank him for taking on the role, first and foremost, and also for the attention to detail and marked improvement in performance level that he has been responsible for bringing to this group of players.

He assembled an excellent backroom team to assist him in his role and Leitrim GAA wishes to acknowledge the significant contributions made by the following over the past two seasons:

"Leitrim GAA wishes Adrian and the members of his backroom team the very best of luck in his future endeavours."