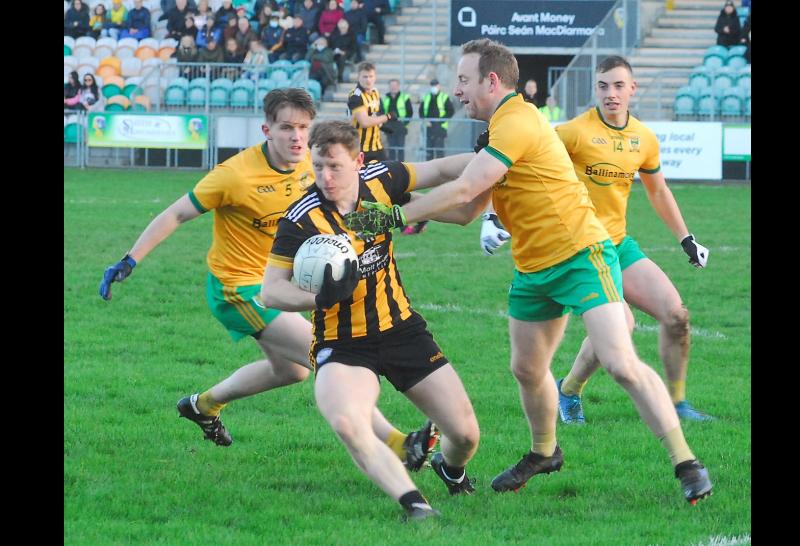 Whoever lifts the Fenagh Cup this year in Leitrim will be licking their lips for the AIB Connacht Club Football Championship campaign with the news that the yet to be crowned county champions have been drawn on the other side of the draw to Galway, Roscommon and Mayo.

In the draws conducted this week by the Connacht GAA Council, Leitrim’s Senior champions will travel to play the London champions in the first round on the weekend of November 12-13, for the first time ever in the provincial senior competition with the winners taking on the Sligo winners a week later.

Up until recent years, the London champions traditionally played the Connacht champions in an All-Ireland Quarter-Final but the Exiles have been slotted to compete in the Connacht campaign with the Leitrim champions due to travel over to Ruislip for this historic game.

On the other side of the draw, the Galway champions will face the Mayo winners in the quarter-finals with the winner of that game facing the Roscommon champions with the final set for the weekend of December 3-4, 2022.

If the Leitrim champions overcome the challenge of the London representatives, no easy task in recent years, it will be the first time Leitrim’s winners will have faced Sligo opposition since Aughawillan beat Tubbercurry in 2014. That was Leitrim’s last victory in the competition and their first since Kiltubrid also beat Sligo opposition in 2005.

In the Intermediate grade, Leitrim have been drawn against Roscommon in the semi-finals on the weekend of November 19-20 while in the Junior grade, Leitrim’s champions will face the Galway winners in the quarter-finals on the weekend of November 12-13, with the winners taking on the Mayo representatives in the semi-final a week later.

Leitrim last played Roscommon in the Intermediate grade in 2019 when Tulsk Lord Edwards produced a late surge to pip Leitrim Gaels by a point, 1-13 to 1-12, to take the victory.

In the Hurling, the Leitrim and Sligo champions will again meet in the Connacht Junior Semi-Final with the Sligo side enjoying home advantage on the weekend of November 5-6, with the final taking place in the NUI Galway Connacht GAA Centre of Excellence on November 19-20.

In the football competitions, the All-Ireland Semi-Finals and Finals will take place over the first two weekends in January while the All-Ireland Junior Hurling Semi-Final takes place on the weekend of December 17-18, with the final in early January.

The full list of fixtures, for which extra-time and finish on the day protocols apply in all games, as follows: