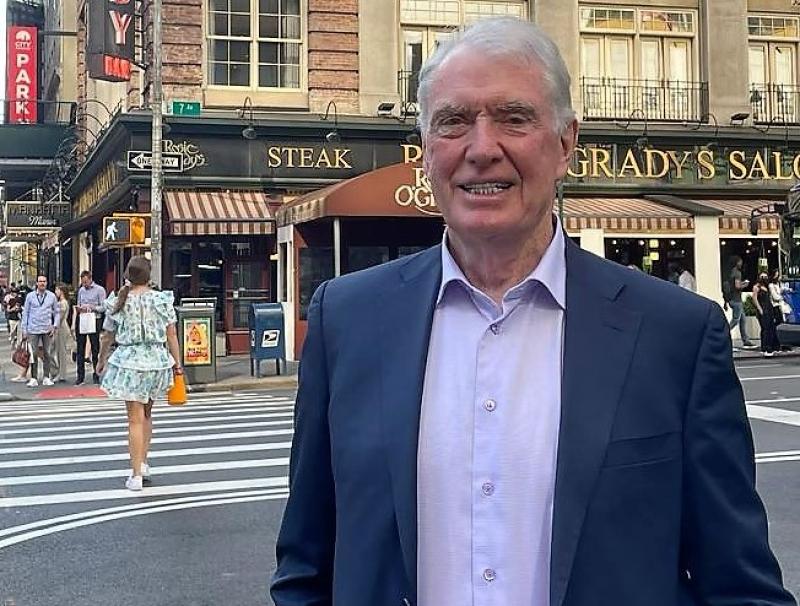 Aughavas native Mike Carty will be in illustrious company in Croke Park on Friday July 22, when he is inducted into the New York GAA Hall of Fame alongside GAA legends Micheal O'Muircheartaigh, Jim Gavin, Joe Canning & Briege Corkery.

In an event hosted by New York GAA at GAA headquarters on All-Ireland Football Final weekend, Mike Carty will be inducted in the Hall of Fame as a Lifetime Achievement Award with family and friends flying over from New York to attend the prestigious event.

On their website, New York GAA Hall of Fame wrote “Forty five years ago, near Wall St., Mike Carty opened the first Rosie O’Grady’s restaurant with his business partner Austin Delaney. It moved to a second location three years later, in 1975, also in the Wall Street area in Manhattan.

“ In 1977, the third Rosie O’Grady’s opened in Midtown Manhattan, and since 1981, it has been in its current location, 800 Seventh Ave., in the Broadway Theatre District of Midtown Manhattan.

“Since Mike arrived in New York he has been a longtime supporter of the GAA and especially the New York GAA. Mike has been part of numerous committees and an integral part of the development committee and key in getting this redevelopment project in motion.

“The New York GAA are so proud to be able to honour Mike at the Hall of Fame event for his years of contribution and indeed everything he is still doing today on our behalf. We thank Mike for his tireless work and dedication to making our dream a reality at Gaelic Park,” the citation ended.