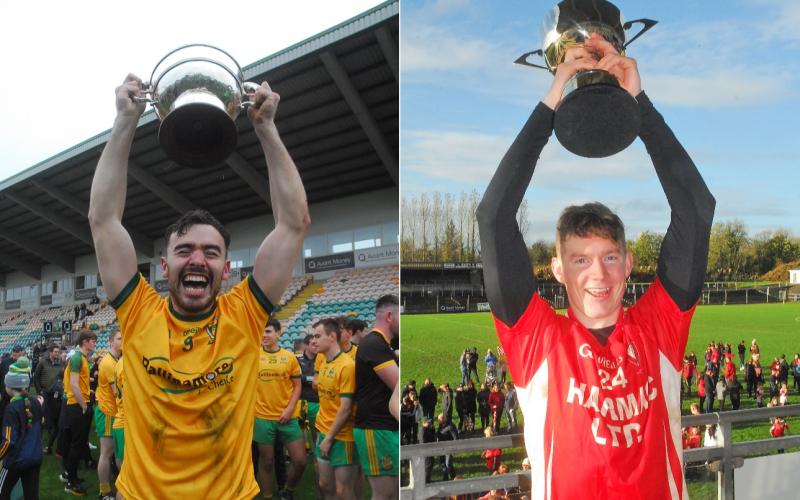 There will be a clash of the champions in the first round of the Connacht Gold Leitrim Senior Football Championship next weekend as Ballinamore Sean O'Heslins will start the defence of their crown against the 2021 Intermediate winners St Patrick's Dromahair.

At a draw made after the Masonite Division 1 League Final in Avant Money Pairc Sean Mac Diarmada, Ballinamore will travel to Dromahair to take on last year's Smith Monumentals Intermediate Championship winners while runners-up and 2022 Division 1 champions Mohill will face an immediate rematch with the team they defeated in Saturday's League decider with St Mary's Kiltoghert having home advantage.

Gortletteragh will face the longest possible journey inside Leitrim when they travel to Kinlough to take on Melvin Gaels while Glencar Manorhamilton will host 2021 semi-finalists Leitrim Gaels in Boggaun. The final game in the first round of the Senior championship will see Fenagh St Caillins host Aughawillan, a repeat of last year's fixture where the Willies drew with the newly crowned Division 2 champions.

In the Smith Monumentals IFC draw, 2021 finalists Ballinaglera will come up against last year's Junior champions Mohill in Mohill while Division 2 finalists Aughnahseelin, beaten by Fenagh St Caillins on Saturday night in Ballinamore, will travel to take on Aughavas. 2021 Semi-Finalists Annaduff will take on Drumreilly in a game that could take place next weekend while Kiltubrid will travel to take on Bornacoola.

The final game will see Allen Gaels, relegated last year from senior, open their campaign against their Lough Allen neighbours Drumkeerin at home. The Intermediate championship is not due to start to the weekend of August 19, 20 & 21, although the Annaduff and Drumreilly game is fixed for next weekend.

The draw for the second and subsequent rounds will take place each weekend but will grow progressively more complicated for officials with each team guaranteed two home games while teams cannot meet again.  The new format will also see all teams play four randomly drawn games with the top six teams qualifying for the knockout stages with the bottom four going into a relegation series.

Venues, dates and times will be confirmed as soon as possible by the Leitrim CCC.

The full draw in both competitions is as follows: