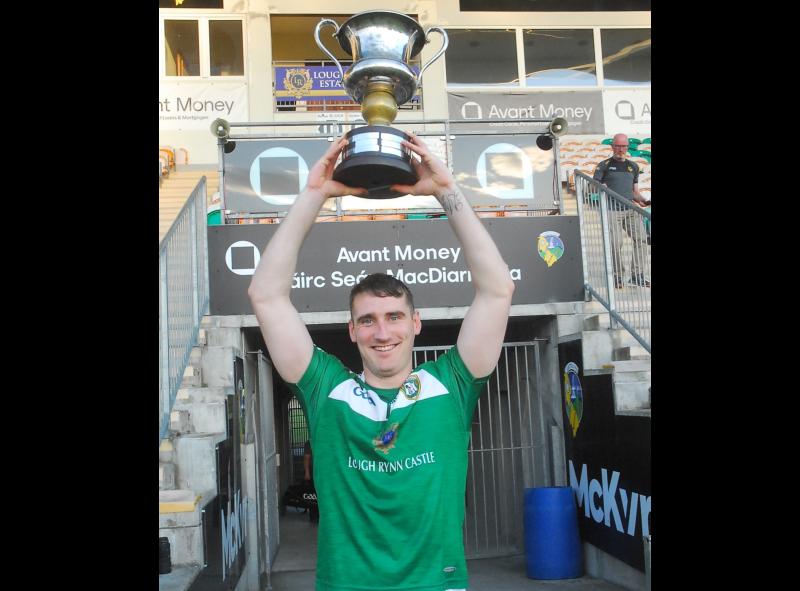 Mohill, Fenagh St Caillins and Kiltubrid were the winners as the Masonite Leagues came to an end for 2022 with a Keith Beirne goal in the first half proving vital as Mohill held off a spirited St Mary's Kiltoghert challenge in Avant Money Pairc Sean Mac Diarmada to retain their title.

Mohill won the game 1-11 to 0-13 after Beirne's first half goal gave them a 1-7 to 0-7 halftime lead. Mohill had started the brightest with points from Beirne (3), Keith Keegan and Jordan Reynolds in response to scores from Paul Keaney (2) and Cian Singleton when he struck for his goal after 17 minutes.

Points from Gavin Reynolds and Keaney (2) in response to one from Keegan left Mohill with a three point advantage at the break. St Mary's opened the second half with scores from Emmet Regan and Keaney with Conor Quinn and Beirne in response. The Carrick men got the gap back to a point nearing the finish but a point from Alan McLoughlin, back in Mohill colours after a spell with St Judes, secured the win despite another late point for St Mary's.

In Ballinamore, there was a blistering opening to the Division 2 Final with Riordan O'Rourke getting the vital touch to a long ball as Aughnasheelin keeper Kevin McWeeney came too far off his line, the ball ending up in the net after just two minutes. Fenagh stormed to a 1-4 to no score lead after seven minutes but Aughnasheelin were steadied when Sean McWeeney scored an excellent point.

They really got back in the game when Fenagh keeper Shane Doonan was blinded by the sun as he attempted to deal with Fintan Fitzpatrick's long range shot but only succeeded in diverting the ball out to an unmarked Ciaran Cullen who fired to the net from close range.

Oisin McLoughlin (3) & Donal Wrynn ensured a strong response from Fenagh but a powerful Ciaran Cullen run saw him find Brendan Mulvey unmarked behind the defence and the veteran made no mistake with a cool finish. Two points from Fintan Fitzpatrick and one from Riordan O'Rourke left it 1-9 to 2-4 for Fenagh at halftime.

In the Division 3 decider, Kiltubrid had to withstand a fierce challenge from Aughavas to take the title on a 0-13 to 1-8 scoreline in Cloone. Early points from Stephen McLoughlin and Iaraith O'Brien gave them an early advantage but Aughavas always kept within touching distance.

Further scores from Barry McWeeney, Fionn & Iarlaith O'Brien gave Kiltubrid a 0-8 to 0-5 halftime lead, a lead they stretched to four points with scores from Kealan McKeon and Danny McWeeney. A penalty goal for Aughavas saw them tie the scores but Kiltubrid showed real grit and responded with two points from Emmet Mahon to seal their victory.