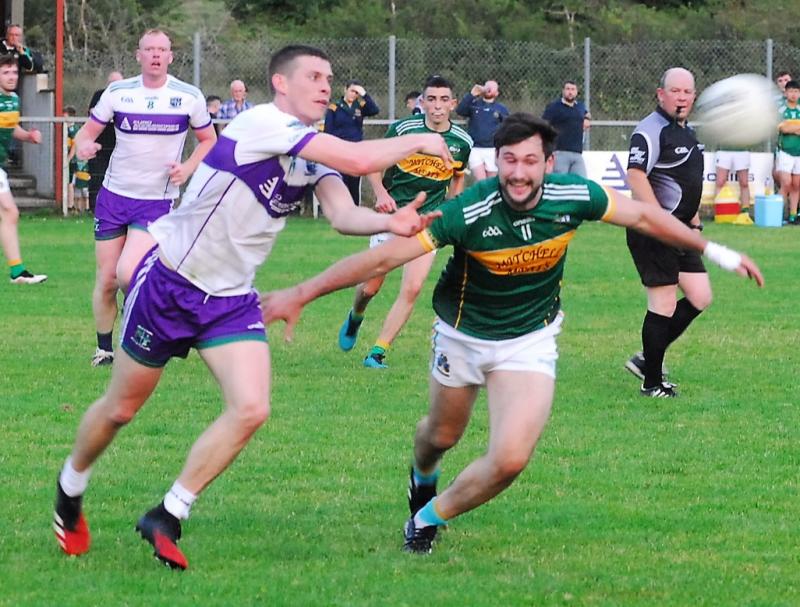 Mohill will have to beat Aughawillan in a winner-takes-all battle in the final round of the Connacht Gold Leitrim Senior Championship after the draws were made on Sunday afternoon.

With Aughawillan on four points and Mohill on two, last year's Senior finalists need a win to book their place in the quarter-finals while a point would be good enough to ensure Aughawillan a spot in the top six with the final round of group games due to take place on the weekend of September 10 & 11.

However, both Ballinamore and St Mary's will be eager to ensure they don't get dragged into a battle to avoid the relegation places although the scoring difference of the two town teams looks good enough to see them through even if they were to lose.

The other big game is the battle for the two automatic places in the semi-finals with unbeaten duo Fenagh St Caillins and Leitrim Gaels set to meet in a blockbuster game. Depending on scoring difference and how many teams manage to reach six points, the loser here could miss out on an automatic semi-final place.

In the draw for the third round of the Smith Monumentals Intermediate championship, unbeaten Aughnasheelin will travel to take on Drumreilly next weekend while Annaduff, also unbeaten, are on the road to Allen Gaels.

Two winless teams meet in Mohill when Aughavas will be the visitors while a victory in the remaining two games will go a long way to securing a place in the quarter-finals as all the remaining four teams have one win under their belts. Bornacoola will host Ballinaglera while Drumkeerin travel to Drumkeerin in two finely balanced encounters.

The full draw is as follows:

Leitrim CCC will issue dates and times of the above IFC games which will take place next weekend.