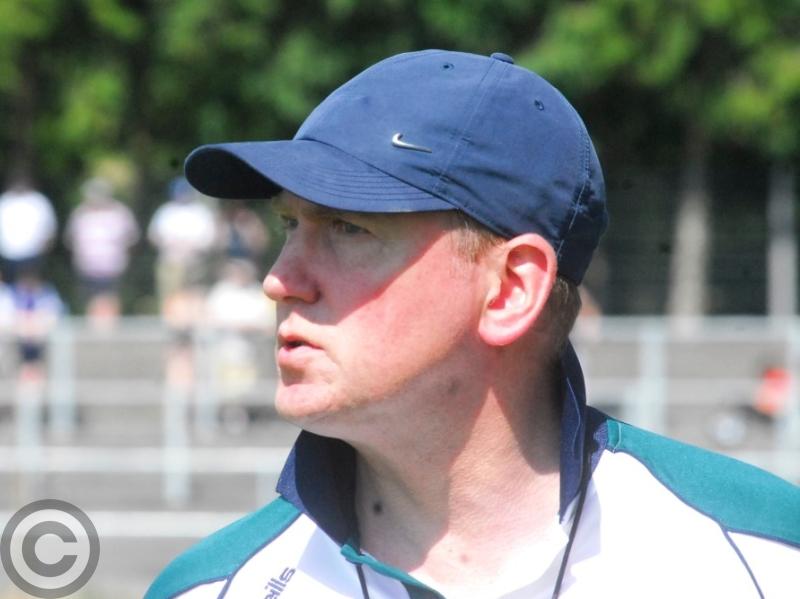 Leitrim manager Brendan Guckian on the sideline against Monaghan. Photo by Willie Donnellan

As Leitrim fans excitedly talked about the future on Saturday evening, manager Brendan Guckian admitted that he is to take time to consider his own future at the helm of the Green & Gold Senior football team.

After the 1-19 to 0-9 loss to Monaghan in Pairc Sean Mac Diarmada (click here for report), Brendan told the Observer that he would be taking time to consider his future while urging this current Leitrim team to stick together for the future.

“Your thoughts are very scattered after a match but our official term is obviously just over and everybody needs to take a step back and gather our thoughts,” said Brendan, “We’ve had highs, we’ve had lows but I keep saying I can’t praise the lads high enough, they are a fantastic bunch and regardless of what happens, the most important thing is that they stick together.”

“Between management, backroom and the whole panel, we’ve had a good group. We’ve obviously had our ups and downs and I can’t speak highly enough of the whole group and that includes the backroom team and management.”

And Brendan urged the Leitrim supporters to get behind the team with a positive attitude - “Without a shadow of a doubt, I think there is something there to work with. We have to be realistic but to get behind them, to get behind and don’t be trying to drag them down.

"Last Saturday evening after the Louth game was fantastic and it gave the lads a taste of what success is like and you’d hope that will make them hungry for it in the future. There is such a good will within the county for this team to progress.

“Guys want to progress, they want to improve and you can see it in their conditioning from today to this time last year, they’ve made massive progress and it is to continue the progress. I think in the last two years, 17 players have made their championship debut with Leitrim, that’s massive so it is so important that as a group, they stay together because there is a future there for them.”

SEE THIS WEEK’S LEITRIM OBSERVER AND WWW.LEITRIMOBSERVER.IE FOR MORE FROM SATURDAY’S QUALIFIER GAME AGAINST MONAGHAN.