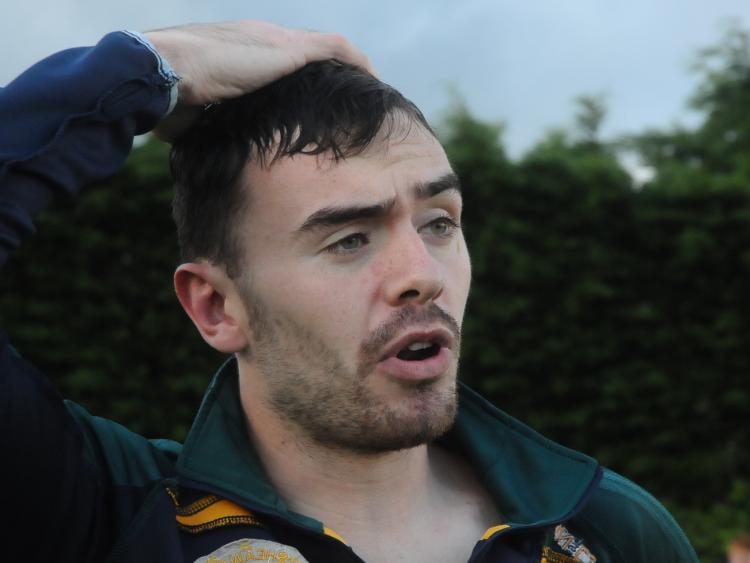 A hard fought three point victory over fierce rivals and neighbours Aughawillan in Group one of the Connacht Gold SFC meant a perfect start for Dominic Corrigan’s team and was the perfect send off for the mid-competition break for Ballinamore.

Heading for the exit, Dean McGovern was naturally pleased to have got the result but talked of improvement instead of accomplishments: “Pleased enough now, we’re only back five or six weeks and it is games in, a lot of things to work on but it is all about getting points on the board at this stage.

“We have four on the board now and it is all you can really ask for I think. But they were missing Mark Plunkett, Mark is a huge player for them, we know what he has done for the County and Club over the last few years so we’ll take it as it is but obviously lots of stuff to work on for the next few weeks.”

Compared to the all-out attacking football of their win over Mohill, Ballinamore showed they could win the tight arm-wrestles too against Aughawillan and Dean admitted he preferred the nature of the Aughawillan game to the almost wild abandon of what happened in Mohill.

“I think last week was more kamikaze stuff but this week, we knew what Aughawillan were going to bring with their manager, Dominic knows him quite well and he knew they were going to play 13 men behind the ball, which they did.”

Asked which game he preferred, Dean laughed “I think maybe this week. I think we were at arms length of them for a lot of the time, we gave away some stupid frees so that is something to work on and they kicked a lot of them from 45 yards. We did all we could.“

But despite some struggles with the placed balls, Ballinamore were able to bring in Dean’s brother Barry who made a big impact: “We trained there during the week, Barry was moving really well, probably unlucky not to start, come in won a lot of frees and he caused Aughawillan an awful lot of problems.

“Obviously we missed a lot of frees, we were missing Wayne and Shane Moran is not our regular freetaker but that is why we have a panel, that is what they’re there for. We have a two week break and it will give a bit of time for Luke & Wayne to get a bit of recovery.

“Boys are sore from the last three or four weeks, they were training hard going straight into the championship so we’ll probably take a bit of a down week and then lead into the next round.”

The return to football was welcome for Dean who admitted that training during the lockdown was tough: “It was surreal, I remember I was in work on the Thursday evening and we were being told that everything is being called off so, naturally, that night, most inter-county footballers were out in Dublin.

“The next day I went into work, I was told I was working from home for the foreseeable future so it was grand. Like every player in the country, we were doing 5K runs, 100m sprints and stuff and stuff you don’t really like. But I was delighted when I got the go ahead to start training with the team, it was great to get back and do a bit of work.”