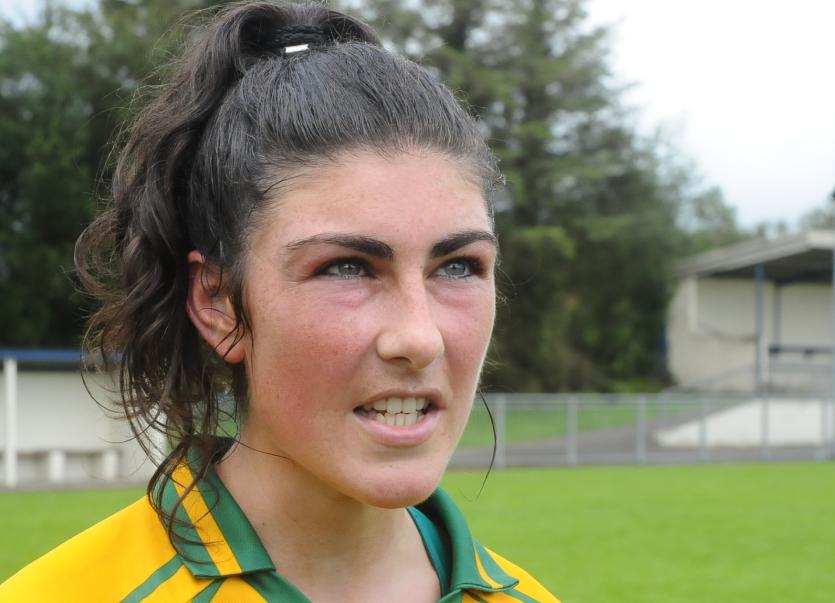 Ballinamore’s players mightn’t have quite know whether to be happy or disappointed with their draw against St Joseph’s last Sunday in Carrigallen but captain Laura O’Dowd was in no doubt that her team had taken a major step against the defending champions.

Speaking to the Observer after the 1-10 to 3-4 draw with the defending three-in-a-row champions in the Gotham Dry Wall New York Ladies Senior Championship, Laura said “I think there is mixed emotions there, we were obviously delighted coming in at halftime, we had a few points on them and for us that was a great start.

“But we are absolutely delighted to get a draw with the three time County champions, I mean we’ve never been that close to them before so it is a big step for us this year.”

Ballinamore were under a lot of pressure in the second half but held out well, Laura paying tribute to the rearguard action: “Our defence was solid, we put a lot of pressure on them, to keep pushing the ball out and at times they had nowhere to go.

“So that was a good step up but once we broke through they had a solid defence themselves so it was moving forward and back that way. But we’re delighted with our defence today.”

And the County star sees a bright future for Ballinamore: “We had a lot of young girls step it up this year. We had some of them who were with us last year and obviously the training last year stood to them.

“We’ve had a few girls come in this year, a few of them had their debut last week and they are just showing such strength and fitness and they are bringing so much to the team.”

So Laura wasn't going home too disappointed with the draw: “Reasonably happy overall, obviously we would have preferred to hold out for the win but we’re delighted we didn’t lose. It would have been worse coming out with a loss.”